The Indiana State Library has in its collections the Johns Hopkins University Studies in Historical and Political Science book series dating back to 1883. The latest book we currently have was published in 2018. That’s 135 years of materials that include very in-depth research on specific topics under the general subject of historical and political science. At the library, the earlier volumes – 1883-1957 – are in bound volumes with individual writings on a common topic. For instance, volume one is titled “Local Institutions” and includes 12 individual writings. A number of them were written by Herbert B. Adams with titles such as “Saxon Tithingmen in America,” “Norman Constables in America” and “Village Communities of Cape Anne and Salem.” Titles in the 1907 volume, for example, are “Internal Taxation in the Philippines” by J. S. Hord, “The Monroe Mission to France, 1794-1796” by B. W. Bond, Jr., “Maryland During the English Civil Wars. Part II” by B. C. Steiner, “The State in Constitutional and International Law” by R. T. Crane, “A Financial History of Maryland, 1789-1848” by H. S. Hanna and “Apprenticeship in American Trade Unions” by J. M. Motley. 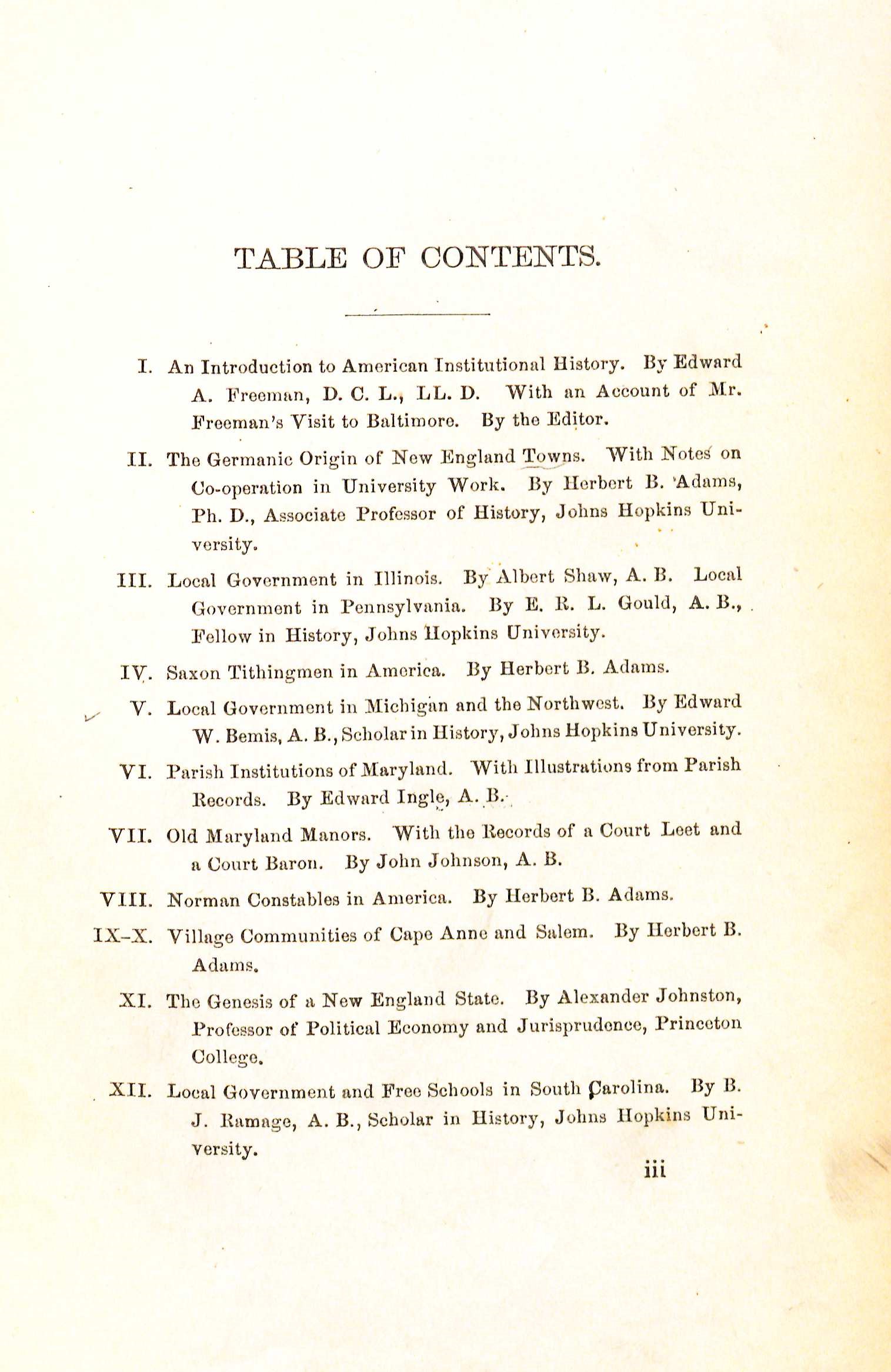 Table of contents from Volume 1 of the series “Local Institutions.” 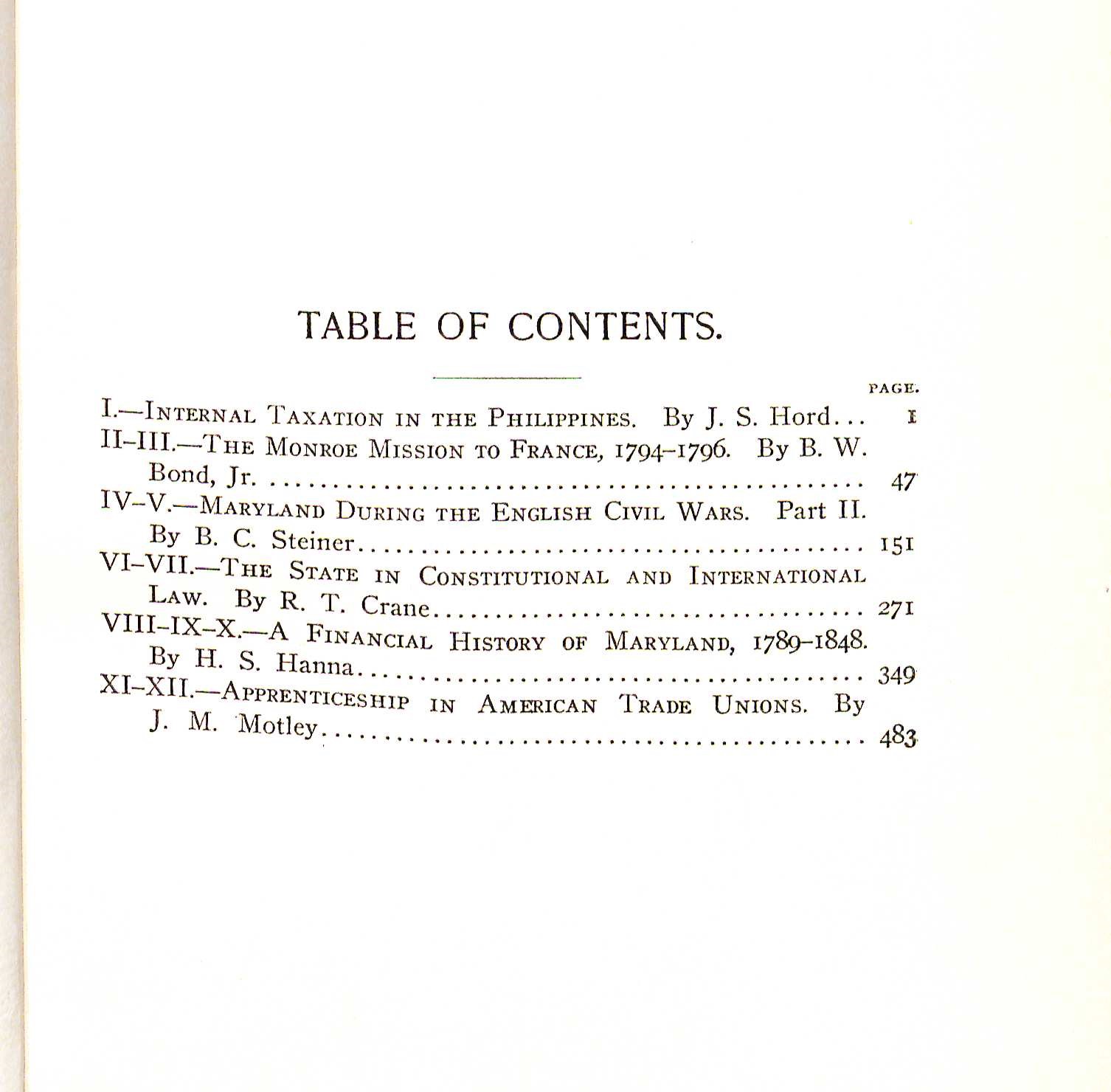 Table of contents from 1907 volume of the series “International and Colonial History.”

As the series continued, the individual writings became longer. Later volumes, starting in 1958, present each individual written piece published as a separate book, which is either part of, or all of, a volume. Still cataloged as part of the series, these in-depth materials continued to cover an increasingly wide range of topics as shown by the following titles: “Search and Seizure and the Supreme Court: A Study in Constitutional Interpretation” by Jacob. W. Landynski, published in 1966; “Biomedical Computing: Digitizing Life in the United States” by Joseph November, published in 2012; “How NATO Adapts: Strategy and Organization in the Atlantic Alliance Since 1950” by Seth A. Johnston, published in 2017; and “The Bomb and America’s Missile Age” by Christopher Gainor, published in 2018. Each of these works can be useful in their own ways for scholars. For instance, for “The World of the Paris Café: Sociability among the French Working Class, 1789-1914” by W. Scott Haine, published in 1996, the author uses primary sources, such as marriage contracts, as well as police and bankruptcy records to investigate the café society in relation to work, leisure, gender roles and political activity. In “Juana the Mad: Sovereignty & Dynasty in Renaissance Europe” by Bethany Aram, published in 2005, the author draws on recent scholarship and years of archival research to assert that Juana was more complicated than she has previously been portrayed. 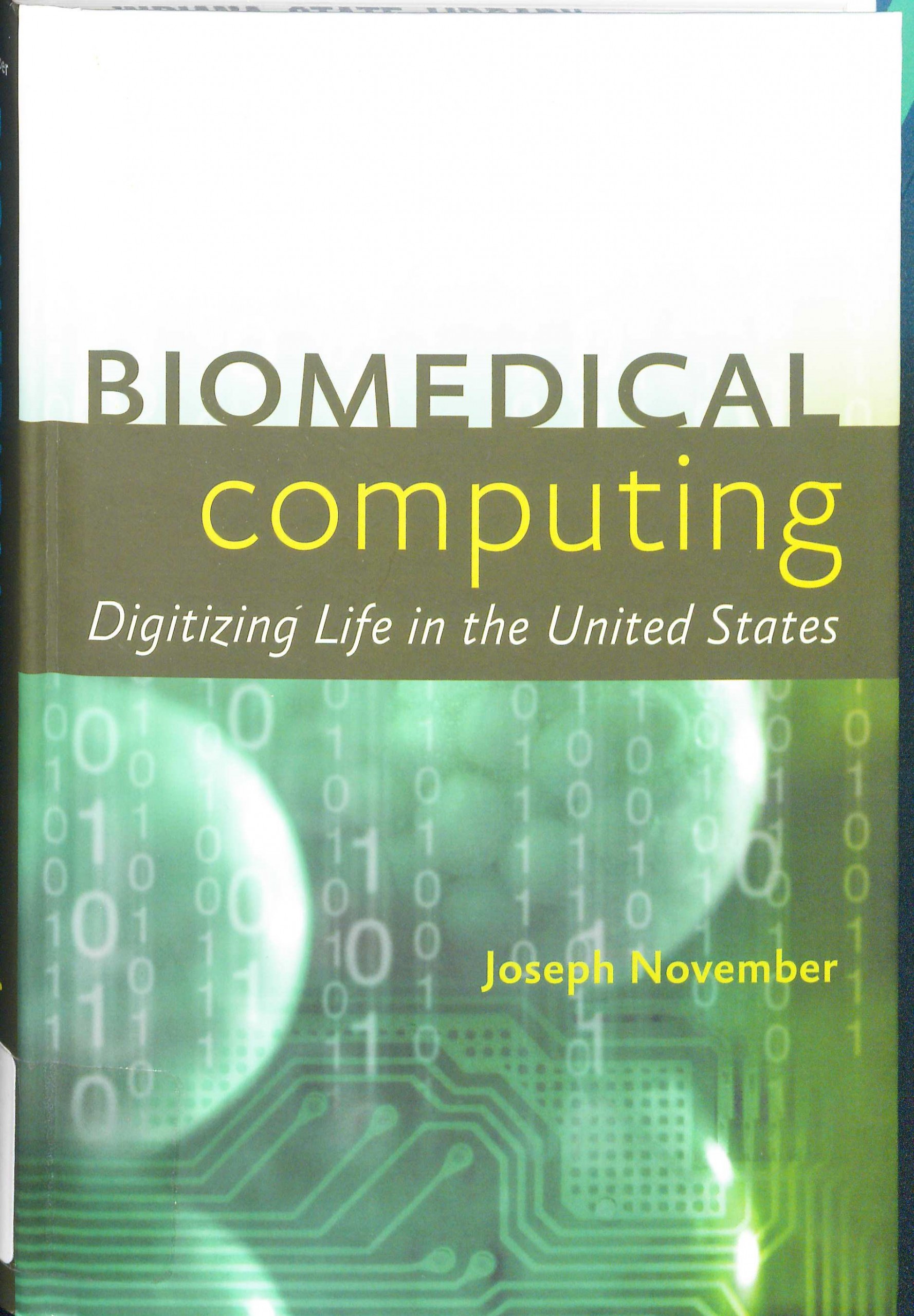 Cover of “Biomedical Computing: Digitizing Life in the United States.” 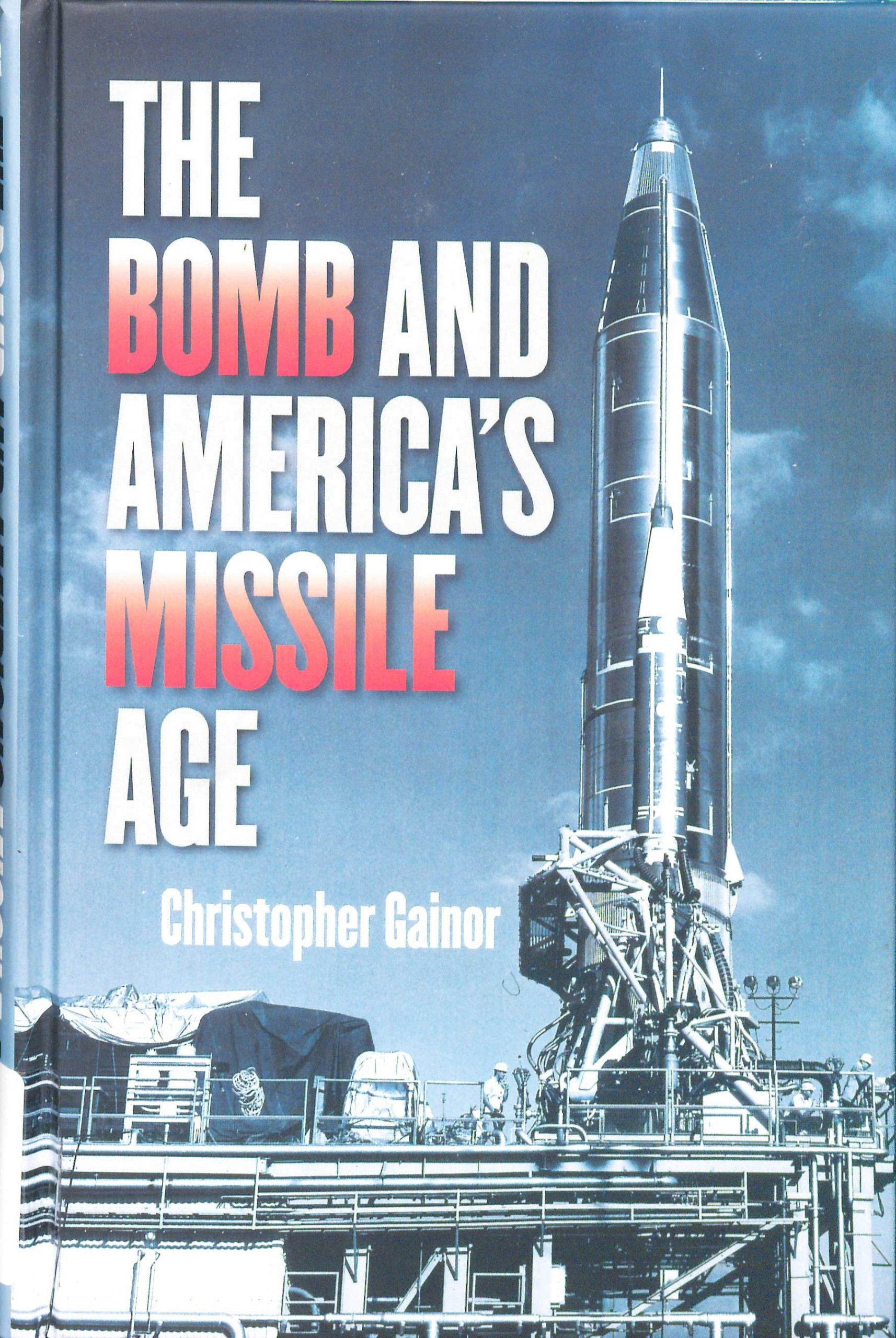 Cover of “The Bomb and America’s Missile Age.”

We encourage scholars, researchers and people who are simply interested in historical and political science to use this material. The pieces issued as separate books after 1950 can be checked out. The materials in the bound volumes can be can be viewed in the library, or in some cases we can find digitized copies online. This incredible series of materials is waiting for those who are ready for them.

This blog post was written by Daina Bohr, reference librarian. For more information, contact the Reference & Government Services Collections at 317-232-3678 or via email.