Benjamin Franklin Haugh was born on Aug. 19, 1829 in Maryland and moved to Indianapolis with his parents by 1850. He and his brother, Joseph R. Haugh, formed a partnership in the manufacturing of architectural iron work and fencing, specializing in iron fronts, roofs, stairs, furring and lathing. In 1880, the company expanded and relocated from downtown Indianapolis to the city’s near west side due to the close proximity of rail transportation. John Lewis Ketcham, a prominent Indianapolis businessman, became a proprietor and later secretary to the Haugh, Ketcham and Company Iron Works. 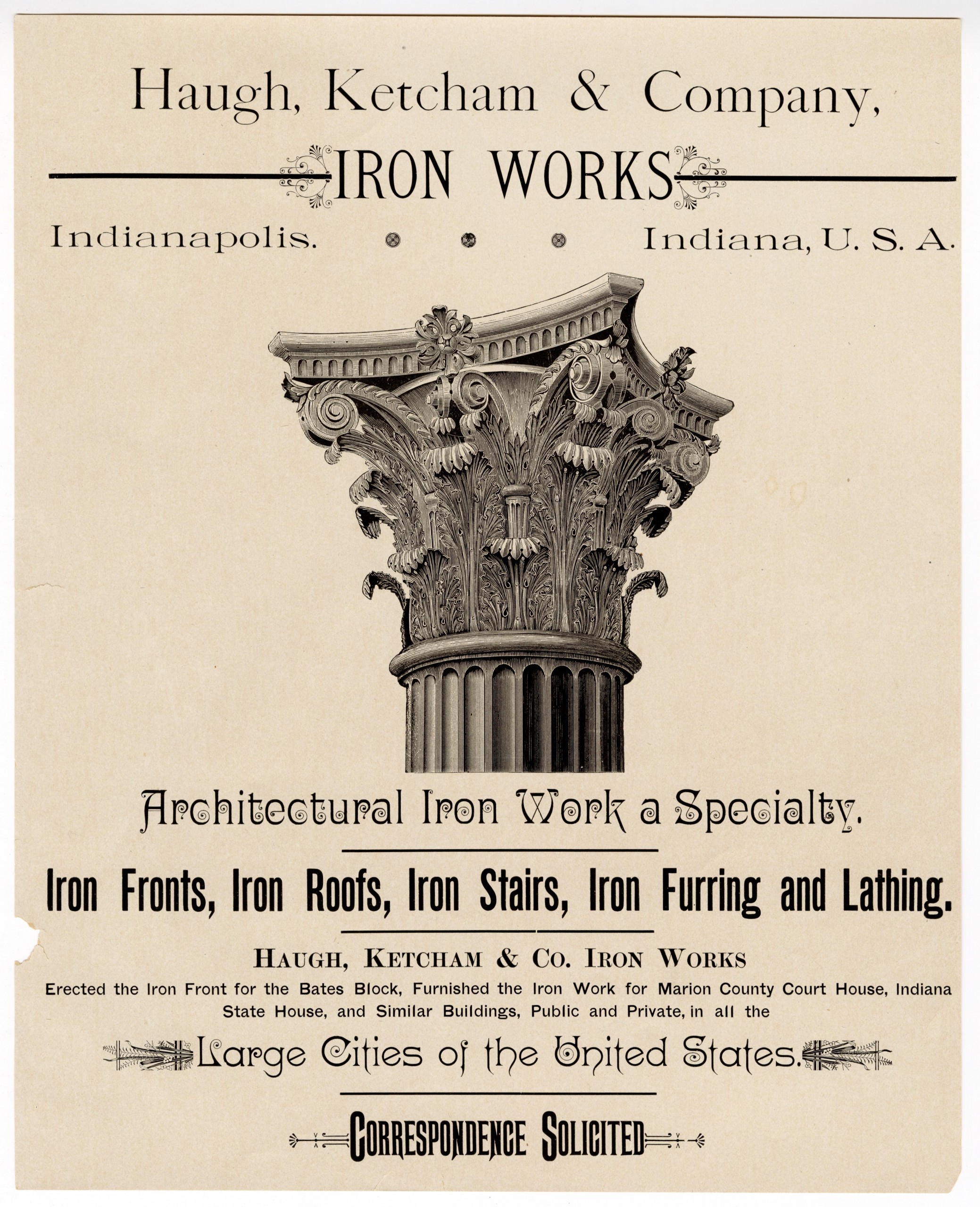 Notably, ornamental iron from the Haugh, Ketcham and Company Iron Works could be found in the façade of the When Building located at the 30 block of North Pennsylvania Street. The structure was built in 1875 and housed specialty clothing as well as the Indianapolis Business College and the Indianapolis Law College. In 1946, the building was renovated and much of the exterior ornamentation was removed. It was demolished in 1995. 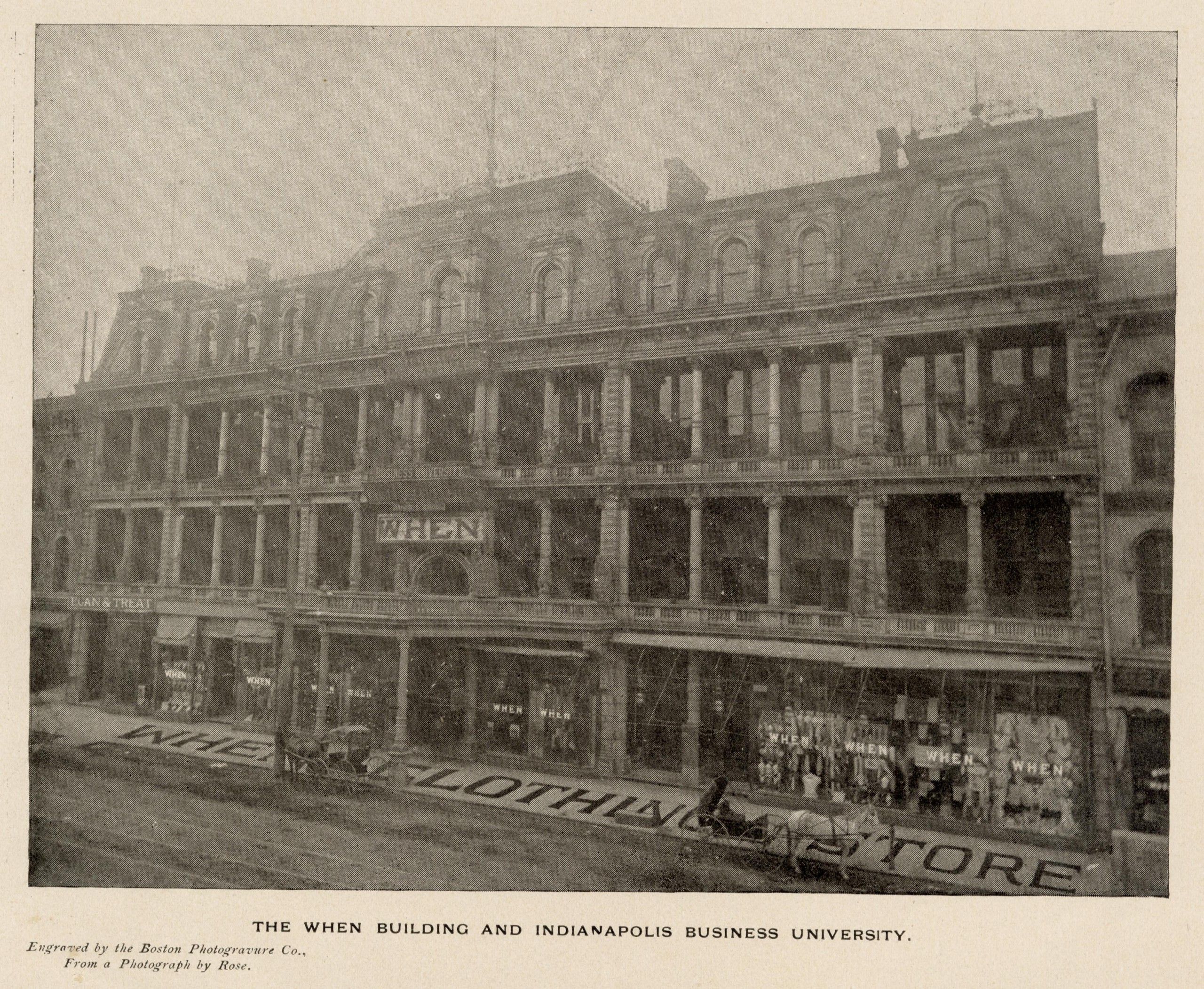 Haugh, Ketcham and Company Iron Works lamp posts adorned the Indiana Statehouse grounds along a retaining wall as seen below in a photograph from the Gov. Oliver P. Morton statue dedication along Capitol Avenue in 1907 and in an exterior photograph of the Statehouse taken from sometime between 1907 and 1930. The posts were removed from their limestone bases as part of a renovation project during 1946-48. 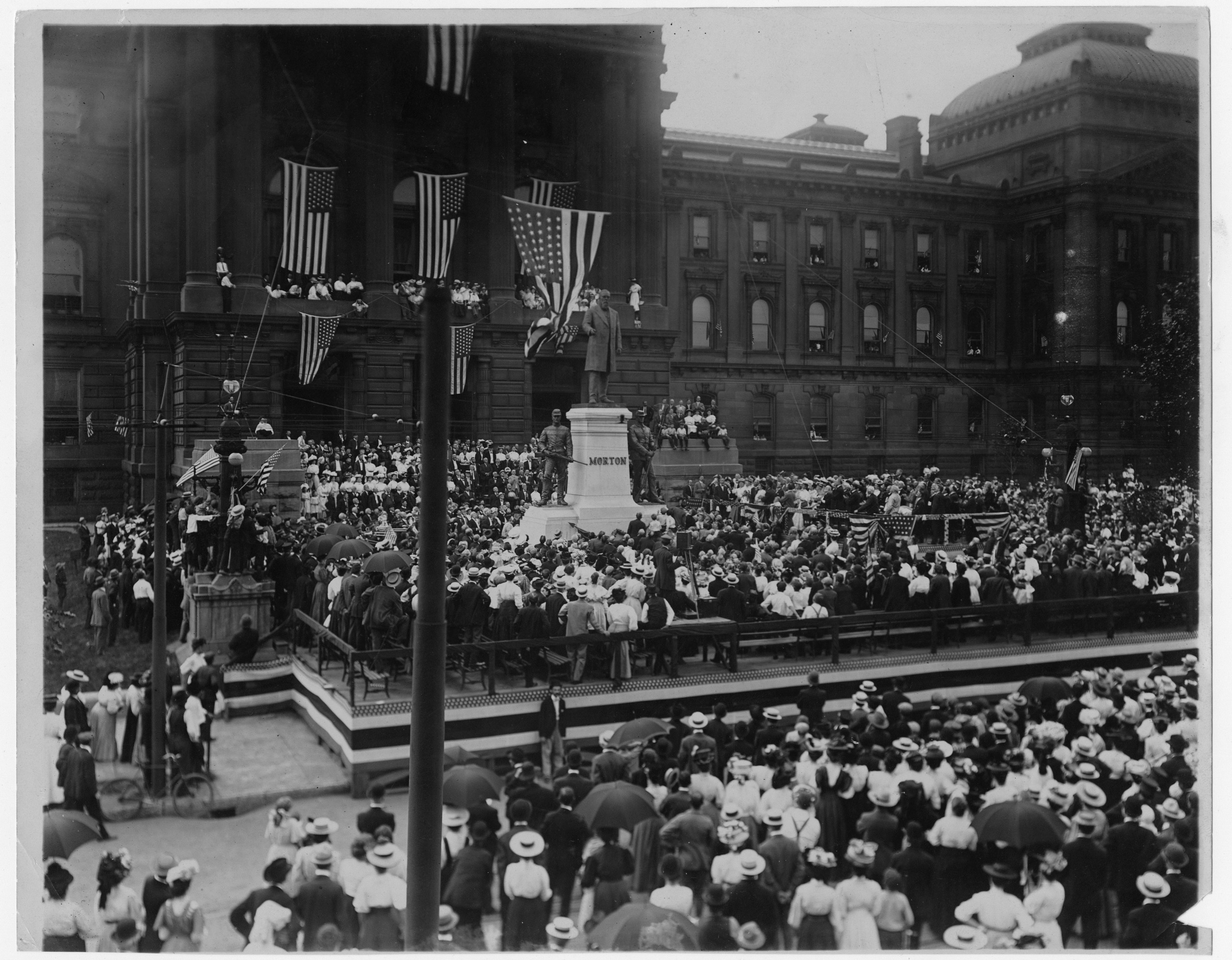