According to the Pew Research Center, there were more than 40 million foreign-born people living in the United States in 2017, comprising approximately 13.6% of the overall population[1]. However, over a hundred years ago that number was even higher. The United States saw the largest waves of immigration occur during the late 19th and early 20th centuries, with the peak occurring around 1890 when 14.8% of people were foreign-born.

Then as now, libraries in the United States strove to provide effective library service to immigrant communities. Numerous publications were created to help librarians with this and the Indiana State Library still retains several of these in our collection. According to one 1919 booklet titled “Making Americans: How the Library Helps” (ISLM 21.28 G722m), libraries were well situated to assist recently-arrived immigrants because “The Library… is unbiased and unprejudiced. It seeks to represent all types of thought, culture, or religion, and is unexploited by any one agency. It is one American institution which can preserve the native heritage of all peoples and exclude the literature of none. For this reason, it has an initial point of contact that no other one agency can have.” 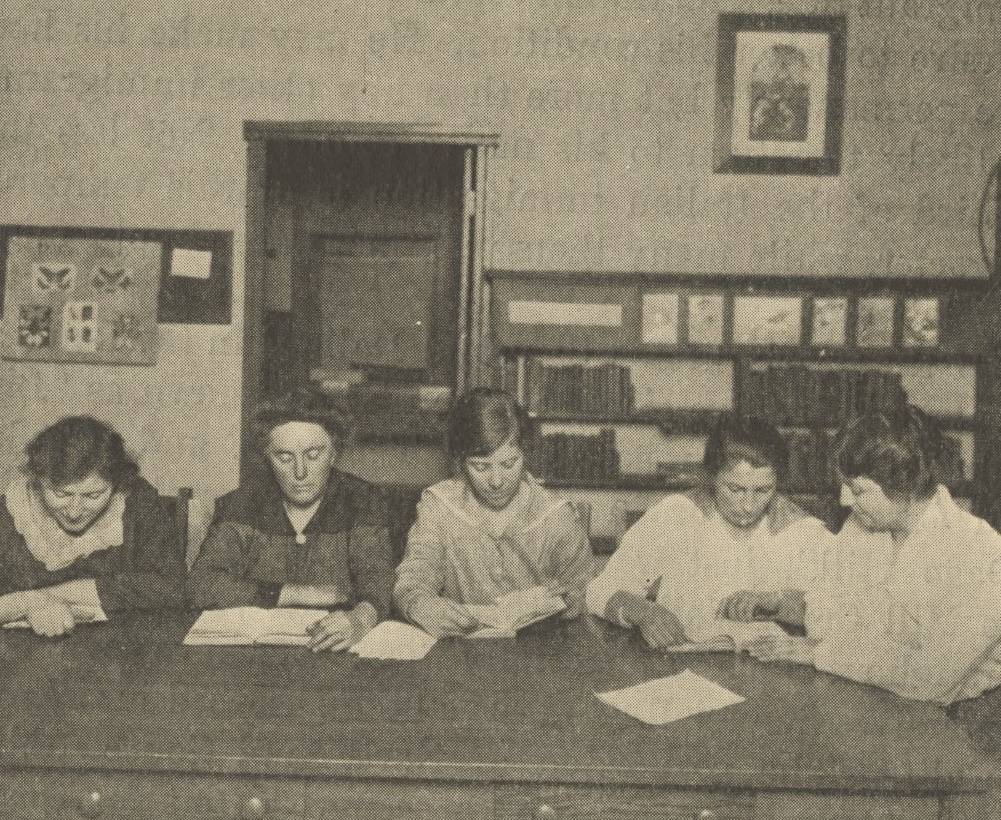 A class of Italians at the Fairmount Branch of the St. Louis Public Library in 1919

Of primary concern to libraries was providing reading materials to immigrant communities in their respective native languages. To this end, the American Library Association compiled a series of booklets with foreign language bibliographies. 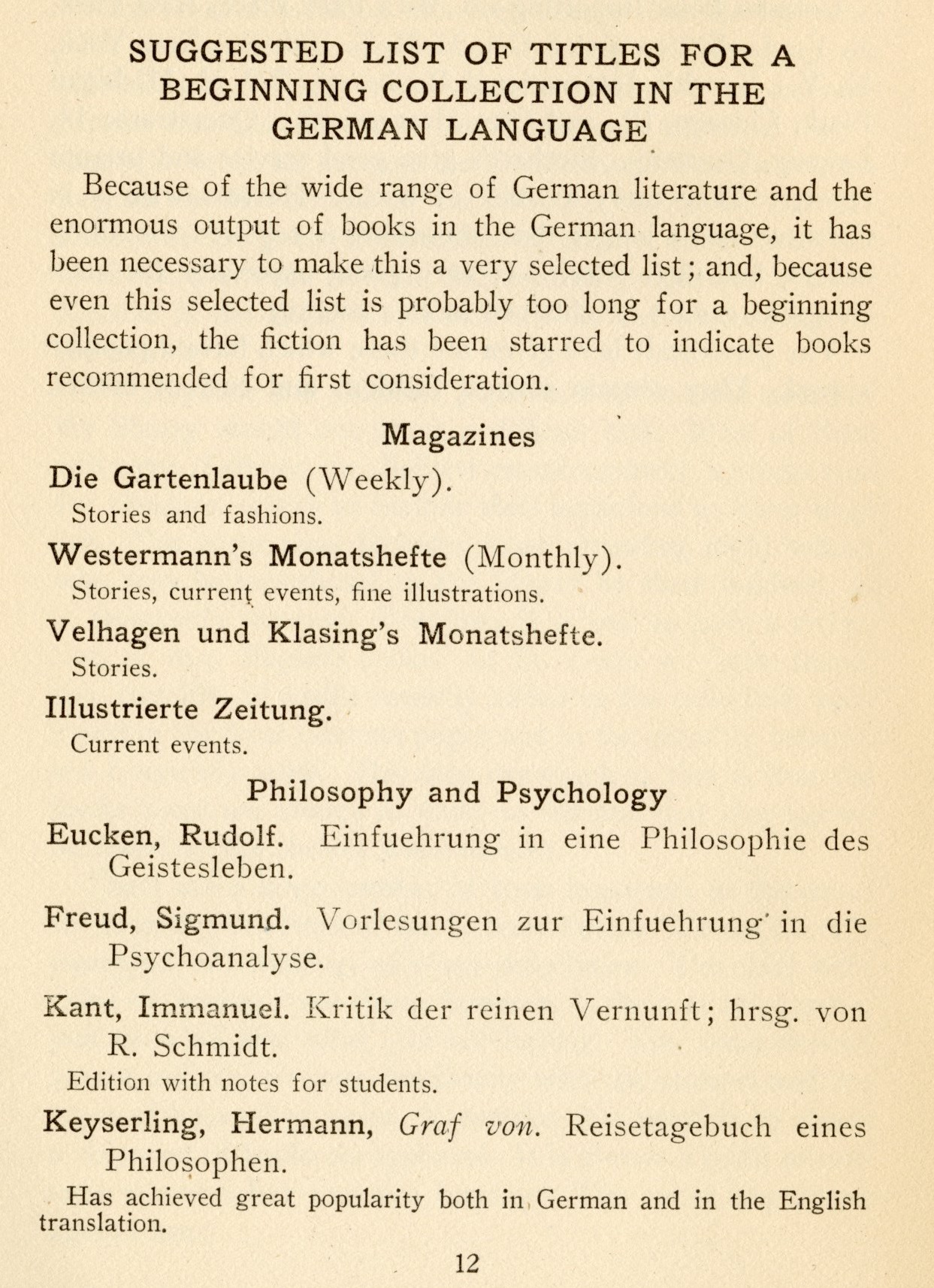 While stressing the importance of curating foreign-language collections, the authors of these booklets acknowledged the concern that such practices would inherently hamper immigrants from acquiring English language skills. In the booklet “Bridging the Gulf: Work with the Russian Jews and Other Newcomers,” (ISLM 21.28 R795b) the author states that “Definitely and emphatically it is our experience that increases in the circulation of foreign books are always accompanied by increases in English book circulation, particularly in books on learning English, on citizenship and American history and biography.” 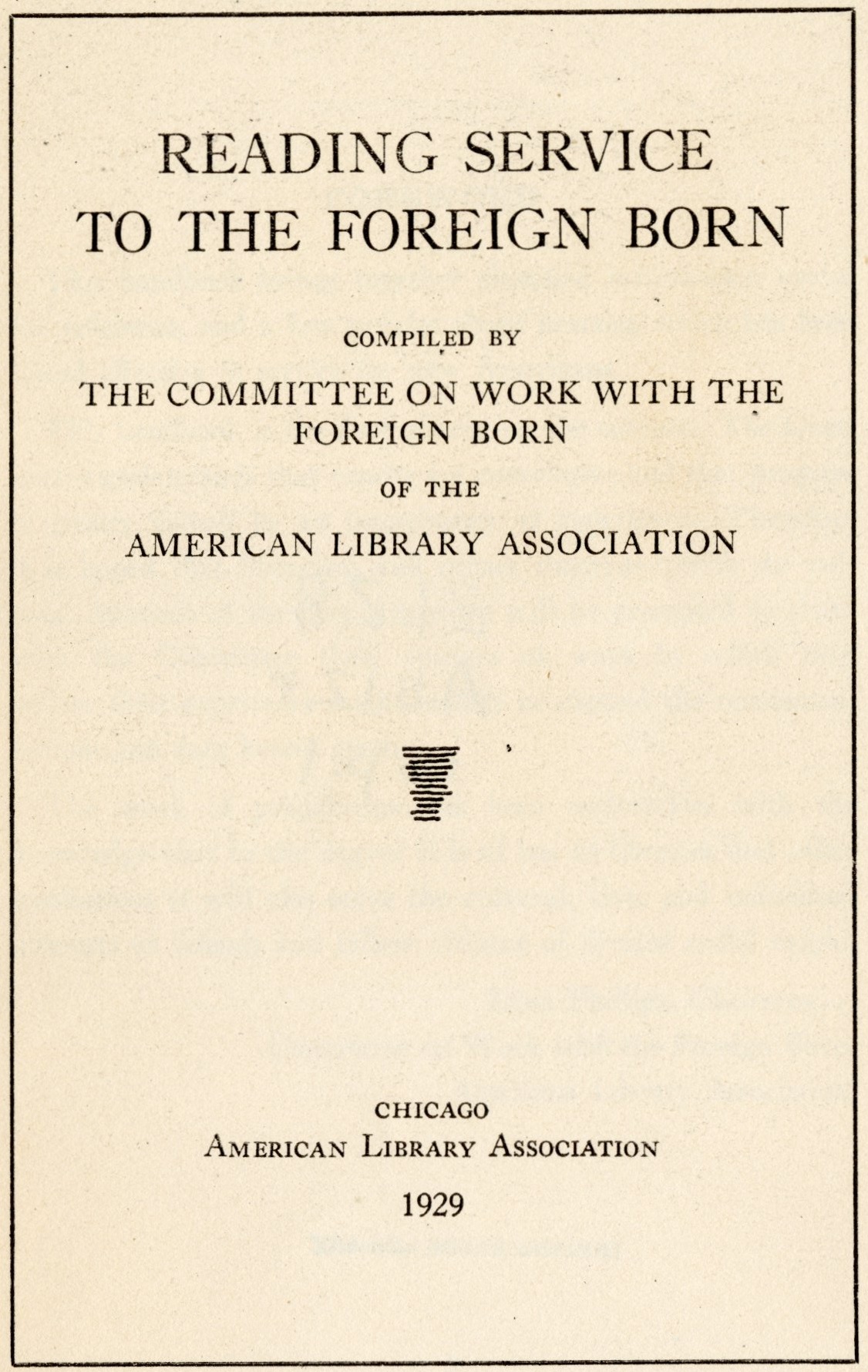 Almost a hundred years have passed since these booklets were published and librarians continue to produce guides on providing excellent library service to immigrant groups. In addition to the publications created in response to the large wave of immigrants arriving in the United States at the turn of the 19th century, the State Library has plenty of newer titles concerning outreach to more recent immigrant groups.

Some recent titles from the ISL collection: 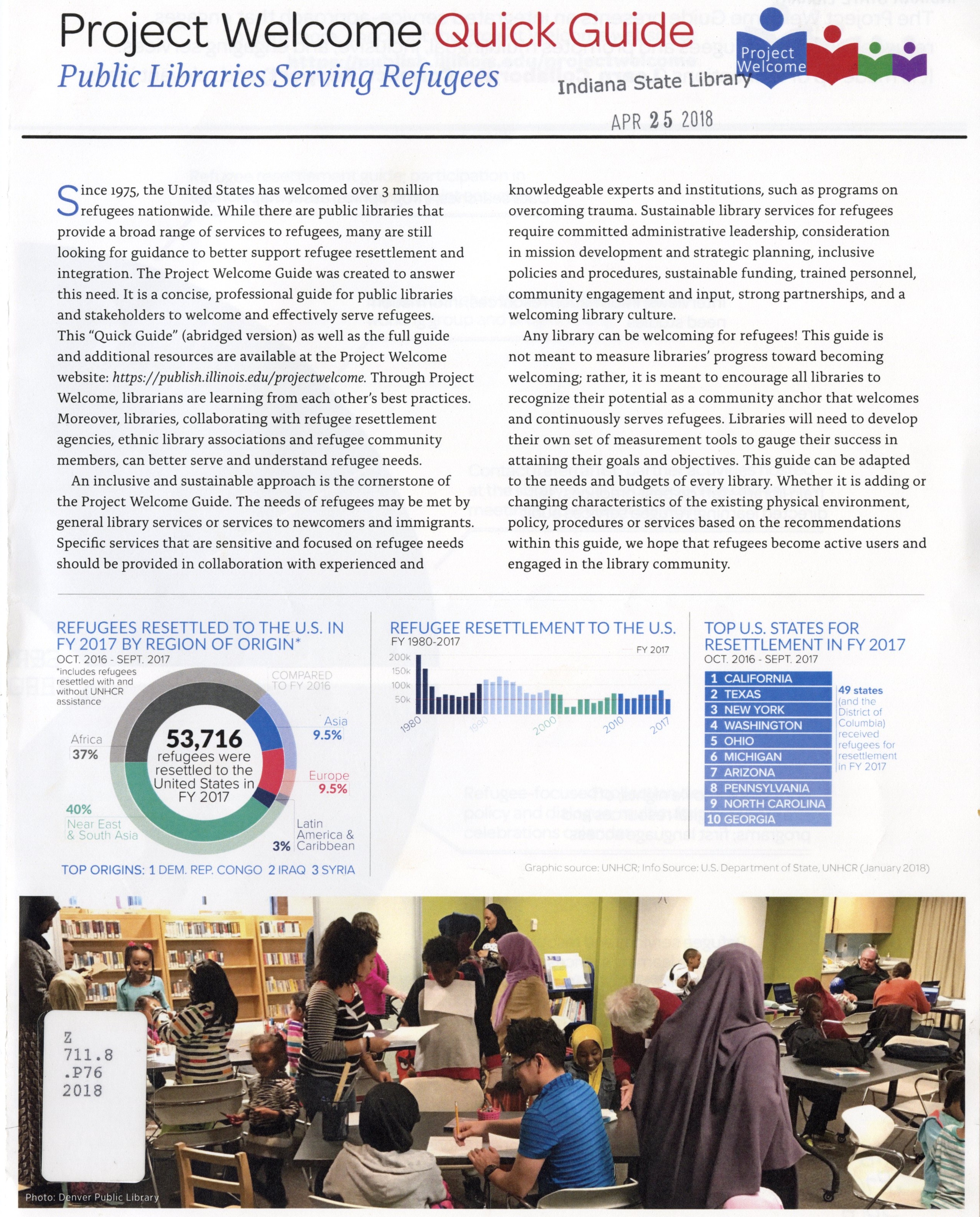 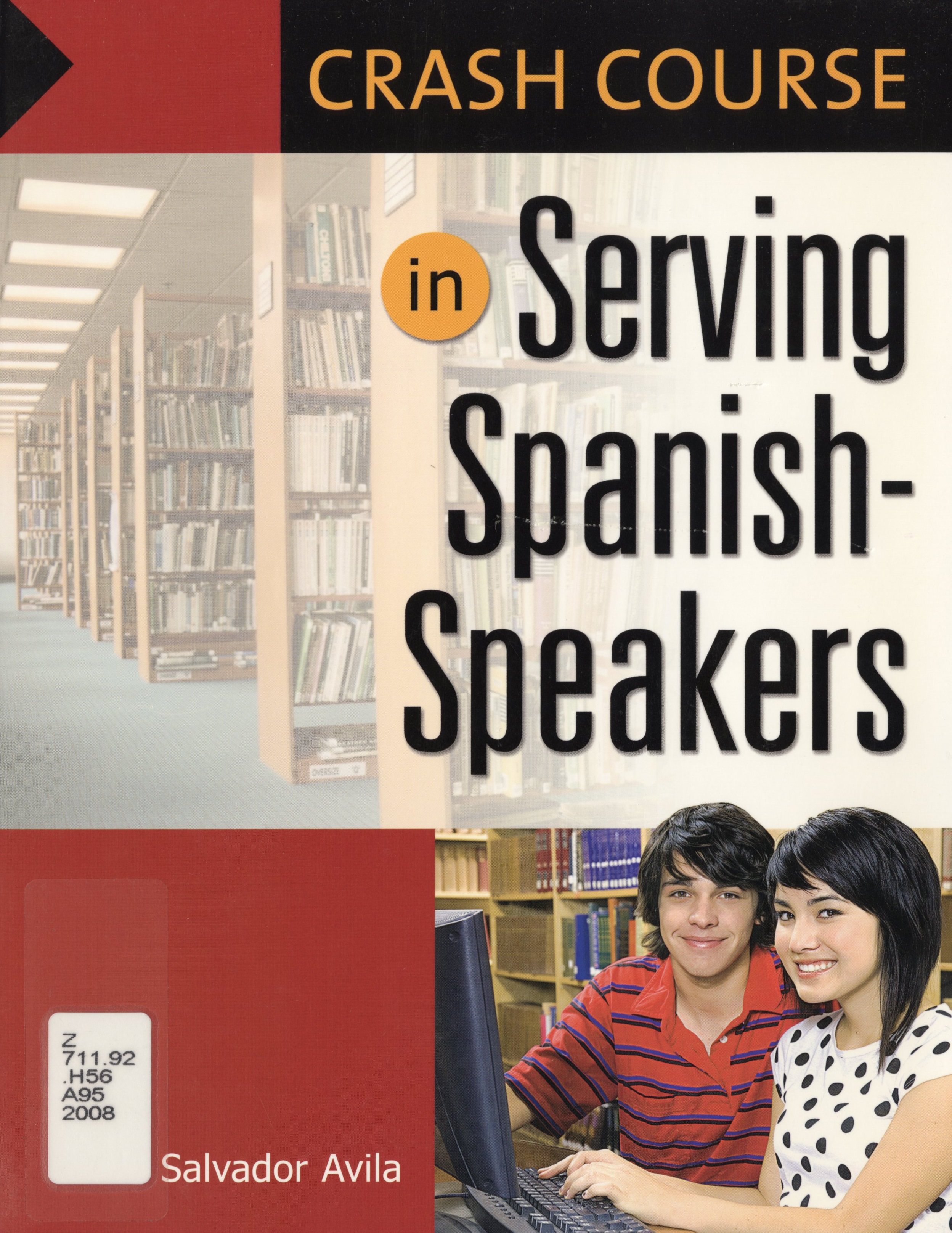 Additionally, ALA maintains an extensive list of resources for modern librarians which can be accessed here.

1 thought on “Library service to immigrant communities: Then and now”