One of the recent items added to the Indiana State Library’s Digital Collection is the William Kimberley Palmer scrapbook (V149). The scrapbook contains autographs from many notable people from the late 19th and early 20th centuries, including this June 7, 1895 letter sent to Palmer by Nikola Tesla: 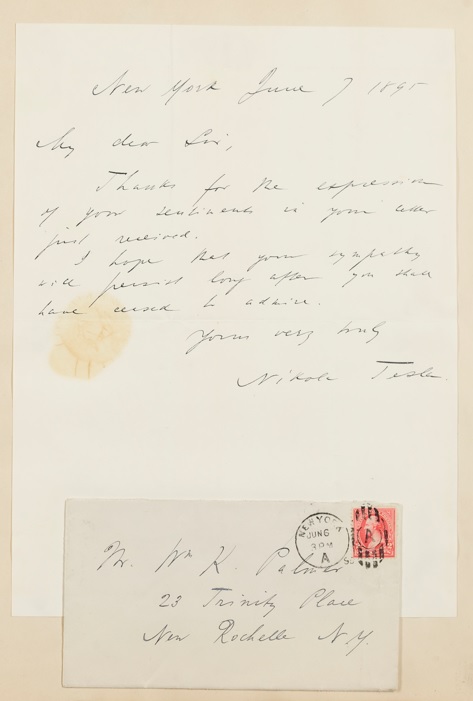 Palmer was born on March 19, 1856 in Crawfordsville to William and Clara Palmer. In 1865, the family moved to Chicopee, Massachussetts and following his graduation from local high school in 1872, William moved to New York City and secured a clerical position with Charles Scribner’s Sons. He rose to the position of cashier before failing health required him to leave the firm and move to Kansas. He married Louise A. Lesuere on June 16, 1886 and they had four children. By the early 1890s, he had moved back to New York and resumed his work at Scribner’s. Besides his work with the publishing company, he was also an author and poet and was active in may civic and patriotic societies. He passed away at the age of 82 on Aug. 1, 1938. 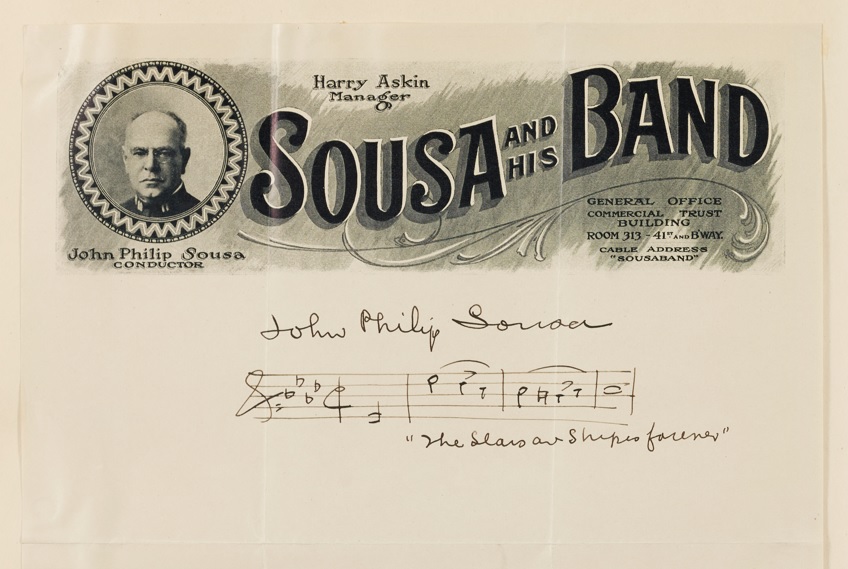 Before his death, he donated the book to the Indiana State Library. This is somewhat odd considering he didn’t live in Indiana long. It’s possible no one else wanted it, but there is another scrapbook at the University of California Berkley, which is even more strange. He also donated books to Indiana University and the Library of Congress. 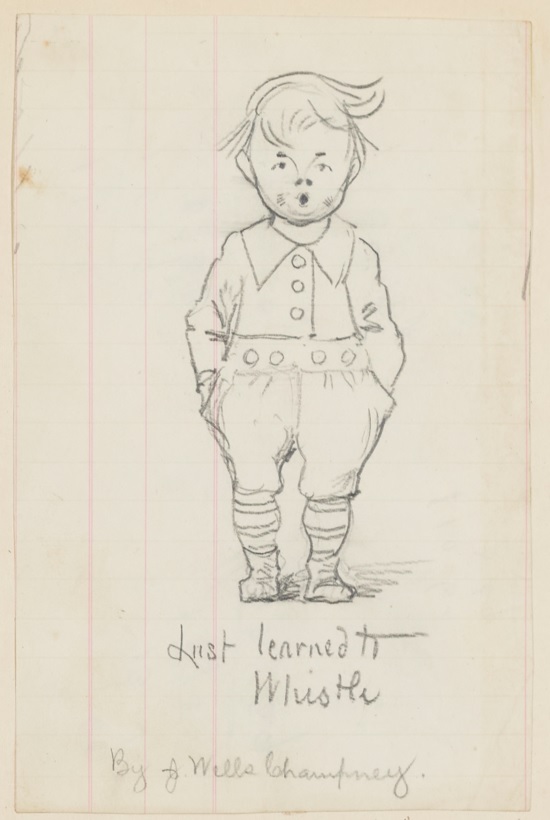 When the scrapbook arrived in the lab it was assessed for condition. The scrapbook only exhibited minor condition issues such as small tears, loose attachments and residual soot that most likely came from the Indiana State Library’s old heating system. The repairs to the scrapbook were minor and conducted first by former intern Meghanne Phillips, and then completed by Queen’s University graduate conservation intern Rebecca Clendinen. All the pages were cleaned, all the tears were repaired and all the loose attachments were secured. A new custom storage box was also made. 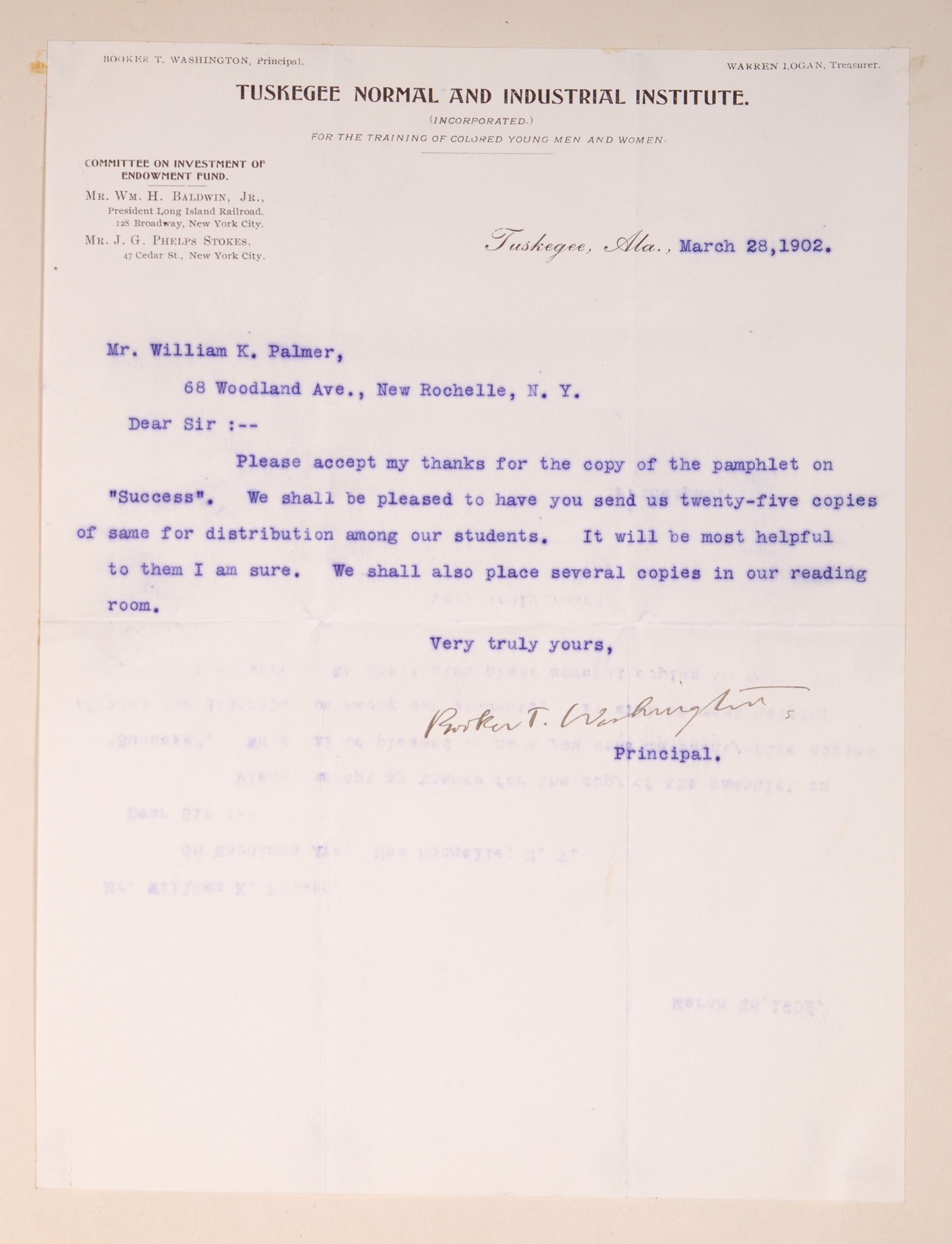 Now digitized, the entire scrapbook can be viewed here in the Indiana State Library’s Digital Collections. Items in the volume include a caricature by Thomas Nast; a small sketch by J. Wells Champney; notes for a sermon written by Henry Ward Beecher; a sketch of Palmer by artist Francis Lathrop; a letter from Henry Morton Stanley, the explorer who found David Livingstone; letters from Booker T. Washington, Mary Murray Washington and Robert R. Moton on Tuskegee Normal and Industrial Institute letterheads; John Philip Sousa’s signature with musical notes for “The Stars and Stripes Forever;” and Samuel Francis Smith’s signature and handwritten copy of the first stanza of “My Country, ‘Tis of Thee,” the song he wrote and originally titled “America” in 1832, that he sent to Palmer in 1895. 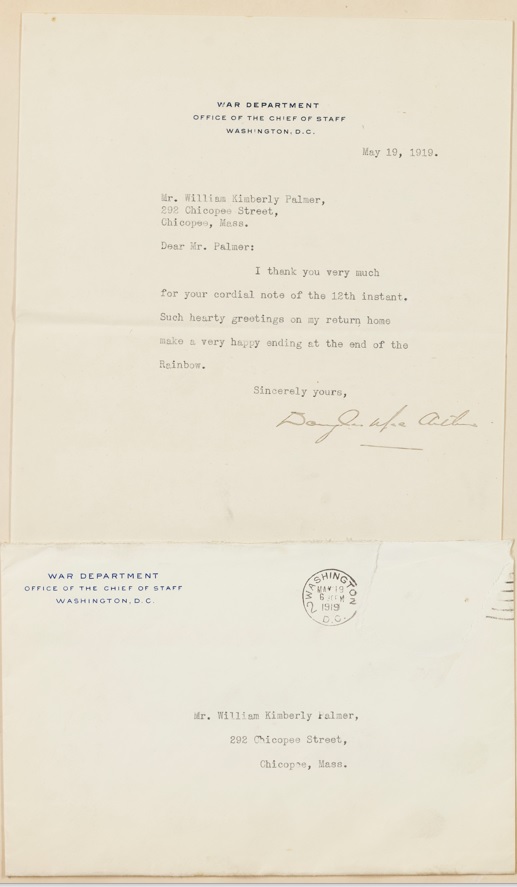 Those wishing to view the volume are encouraged to make an appointment with the Rare Books and Manuscripts Division via email or to call 317-232-3671.