As a genealogy librarian, I tend to be around a lot of books. While I am fond of all the books in the Genealogy Division collection, some of them just scream for extra attention from me. The books contained in this post screamed the loudest. 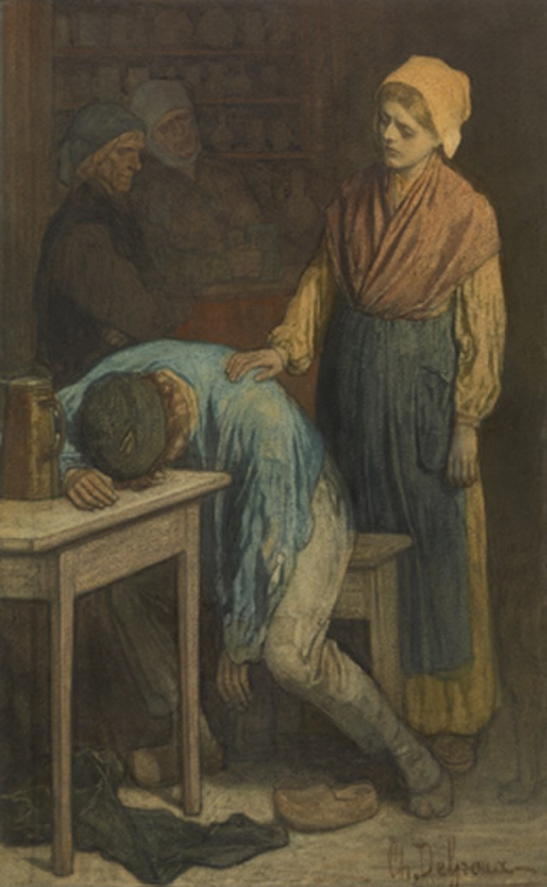 This book features newspaper ads about runaway indentured servants, political exiles, transported convicts and slaves. The ads are colorful, featuring the physical attributes, personalities and clothing of the runaways. An example from the book, page 133:

Thirty Pistoles* Reward. Wilmington, April 8th, 1762. Run-away on about the 27th of last Month from his Bail, and in Debt to sundry Creditors, to the Amount of several Thousand Pounds, a certain Robert Middleton, about 35 years old, 5 Feet 5 or 6 Inches high, of a dark Complection, middling round Vissage, sharp Nose, dark Eyes, chearful Countenance, much pitted with the Small-pox, middling well built, is free and agreeable in Company, forward in talking, Card-playing, and drinking, but not apt to be drunk, snuffs and sings well, but with a strong Voice; when he went-away wore a short black Wig, his Apparel uncertain…

*A pistole was a Spanish coin worth about one English pound. 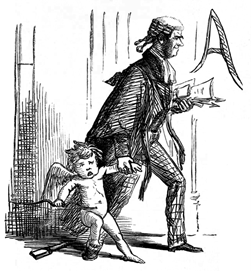 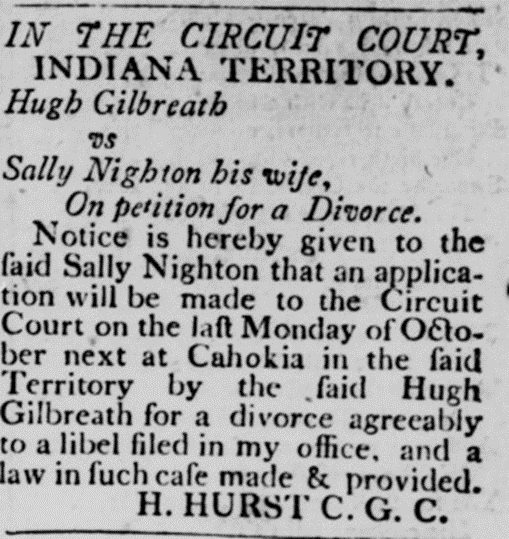 The information contained in this book comes from the Harrison County Clerk’s Archives. An example from the book, page 11:

…for two and a half years after their marriage she conducted herself so as to preserve his esteem but now has abandoned herself to all the base desires of a prostitute and not regarding her plighted faith and the holy bonds of matrimony to forsake all others and cleave to him only, she has forsaken him only and cleven until all others to whom she could barter her wanton charm. That abandonment to the habits of a harlot and divested of the tender, affectionate sentiments and consortal love which is the crown and glory of a amiable wife, she has most shamefully defiled the marriage bed, by admitting to her illicit contact with profligate men with whom she had repeatedly committed the abominable crime of adultery and that nothing might be lacking to display the contempt of her morals and the state of her manners she still continued to live in a state of indiscriminate concubinage bestowing her lewd favors promiscuously on all who see them. She had commenced producing a brood of illegitimates whose origin is so doubtful that they can claim no man even as a prospective father and are, as it were, brought into the world without a male parent.

William S. Bradlee, my husband, has endeavored to injure me in a public Manner, and circulate Reports the most inconsistent as well as vile. By Reason of his base Conduct, and stealing Articles from the House where I live, he has been turned away from it; and now to avoid Prosecution, has suddenly ran away, spreading his Lies as he went. It is well known that I have lived in a House for a long Time where four Families are closely conntected, all of whom will fully declare that I have never behaved in an unbecoming Manner in any thing, except in keeping with that most worthless of Men. Abigail Bradlee

“Sudden and Awful: American Epitaphs and the Finger of God”
ISLG 929 M282S

North Andover, Mass.:
Erected in Memory of
Mr. James Bridges
Who departed this life July 17th 1747
In the 51st year of his age.
Being melted to death by extreem heat

A photo of the gravestone can be found at Find-a-Grave.

These two books examine stories from genealogists that experience coincidences, chance and luck – something other than their research skills – that leads them to information about an ancestor.

One of my favorite stories is from the first volume. The story involves a man who locates a portrait of his ancestor. This story can be found on page 188, in the chapter “Being Led.”

The author, Henry Z. Jones, has written many genealogy books about the Palatines, in addition to being a former Disney actor, credited as Hank Jones. He has appeared in “Blackbeard’s Ghost” and “Herbie Rides Again.”

This book is a 1969 reissue of the original 1880 edition. The book features various wills of time and place. Examples of some chapter titles: “Excentric Wills,” “Puzzling Wills,” “Wills in Obsolete Language and in Rime” and “Vindictive Wills.” On page 103:

Will of Dr. Dunlop. The humorous will of Dr. Dunlop of Upper Canada is worth recording, though there is a spice of malice in every bequest it contains.
To his five sisters he left the following bequests:
To my eldest sister Joan, my five-acre field, to console her for being married to a man she is obliged to henpeck.
To my second sister Sally, the cottage that stands beyond the said field with its garden, because as no one is likely to marry her it will be large enough to lodge her.
To my third sister Kate, the family Bible, recommending her to learn as much of its spirit as she already knows of its letter, that she may become a better Christian.
To my fourth sister Mary, my grandmother’s silver snuff-box, that she may not be ashamed to take snuff before company.
To my fifth sister Lydia, my silver drinking-cup, for reasons known to herself.
To my brother Ben, my books, that he may learn to read with them.
To my brother James, my big silver watch, that he may know the hour at which men ought to rise from their beds.
“To my brother-in-law Jack, a punch-bowl, because he will do credit to it.
“To my brother-in-law Christopher, my best pipe, out of gratitude that he married my sister Maggie whom no man of taste would have taken.
“To my friend John Caddell, a silver teapot, that, being afflicted with a slatternly wife, he may therefrom drink tea to his comfort.”
While “old John’s eldest son was made legatee of a silver tankard, which the testator objected to leave to old John himself, lest he should commit the sacrilege of melting it down to make temperance medals. 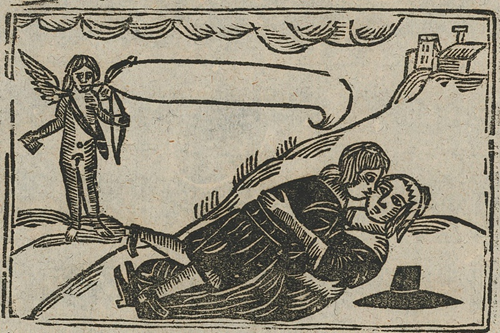 This book is an index to fornication cases heard in Essex County, Massachusetts by the Court of General Sessions. This court was responsible for administrative and criminal cases. These cases were important to determine the parentage of the child and who would be responsible for the cost of the birth and the future support of the child.

A married couple could be brought before the court if the wife had given birth or were about to give birth to a child. If the child was born less than seven months after the marriage, the couple would be fined. This type of fornication case usually did not result in any lasting disgrace for the couple. There are many examples of these types of cases in the book.

A single woman brought before the court could be fined and sometimes whipped.
Some interesting cases from the book include: Page 2:

Term of Court 7 August 1694
1:75 Bethiah Witt of Lynn, widow, presented. Said she had a child but she was married to Solomon Rogeway, gone to sea, but could not give an account of who married her 40s

4:67 An infant child left at the door of Mr. Thomas Norton of Ipswich, 22 Dec 1721 in the evening, given to Overseers of the Poor

Term of Court 12 July 1737
10:495 William Diamond of Marblehead, shoreman, & Alice Fergusen of Marblehead, the wife of George Fergusen, cohabited three years in evil example to others, not guilty 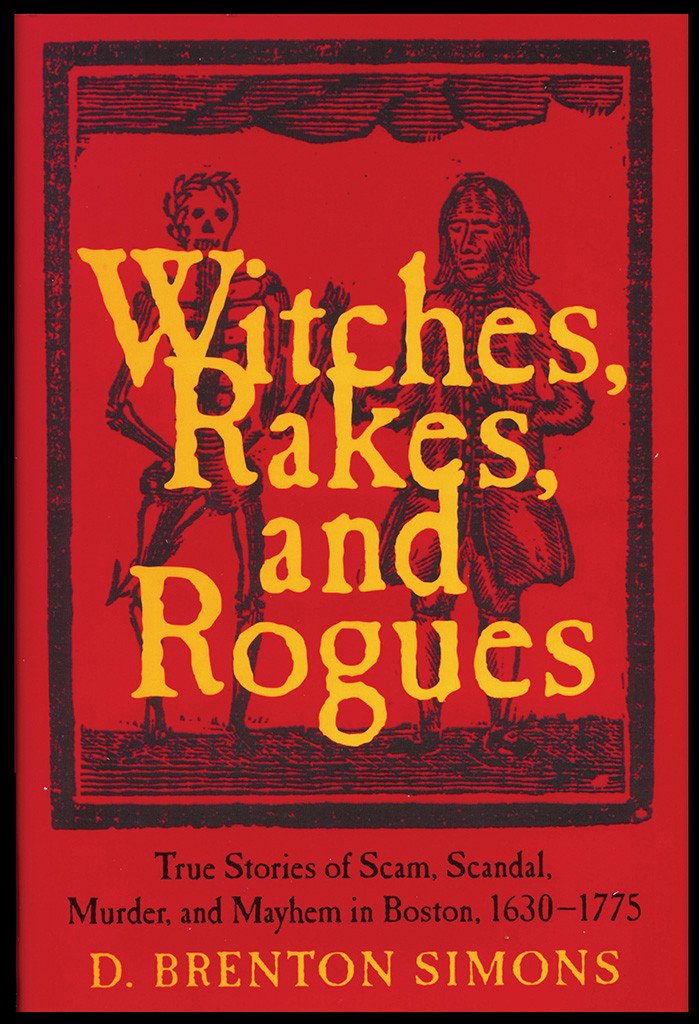 Though all true, this book reads like fiction. This readable book gathers its information from various sources such as dairies and newspapers.
Intriguing chapters include:

This tome contains only the tastiest tidbits selected by the author from the court-martial transcripts at the U.S. National Archives. From Chapter 7, “And a Brandy for my Horse!  – Col. Newton B. Lord,” page 43:

Lord seems to have reserved his most dramatic acts for the home folks. At Brownsville, New York, in his native Jefferson County, ‘in full view of the citizens’ he rode his horse into a bar, procured a drink of brandy for himself and a second brandy for his horse, then fired his revolver into the ceiling. After riding out into the street, where a large crowd of the curious had now gathered, he rode once again into the bar, and ‘repeated his performance.’

Other interesting titles by this author, Thomas P. Lowry, include “Was Grandpa a Freeloader?: Civil War Pension Claims North and South” and “Utterly Worthless (One Thousand Delinquent Union Officers Unworthy of a Court-Martial).”

Note: Original spellings from the sources are kept.