There are several buildings designed by famous architect Frank Lloyd Wright in the state of Indiana. Possibly the best known example of a private home design is the John E. Christian home, called Samara, in West Lafayette, completed in 1956. Samara is named for the winged seeds that come from pine cones. I found a book about the Wright-designed Samara in the Indiana State Library’s Indiana Division collection titled “Frank Lloyd Wright’s Samara Winged Seeds of Indiana” by Wallace J. Rogers (ISLI 720 R731f). The forward to the book is written by John E. Christian, PhD, the home owner who worked with Wright in designing and building Samara. Christian was a professor at Purdue University, and for that reason wanted the house to be built in West Lafayette near the Purdue campus. He intended to hold gatherings of students and professors there, as well as live there with his family.

After John, his wife Kay and daughter Linda visited Taliesin, Wright’s summer home and studio, Kay decided that she wanted Wright to design a home especially for their family’s needs. However, they could not afford a house at that time. Luckily for John and Kay Christian, once Wright found out that they had more than an acre of property on which to build a house, he agreed to design their home. 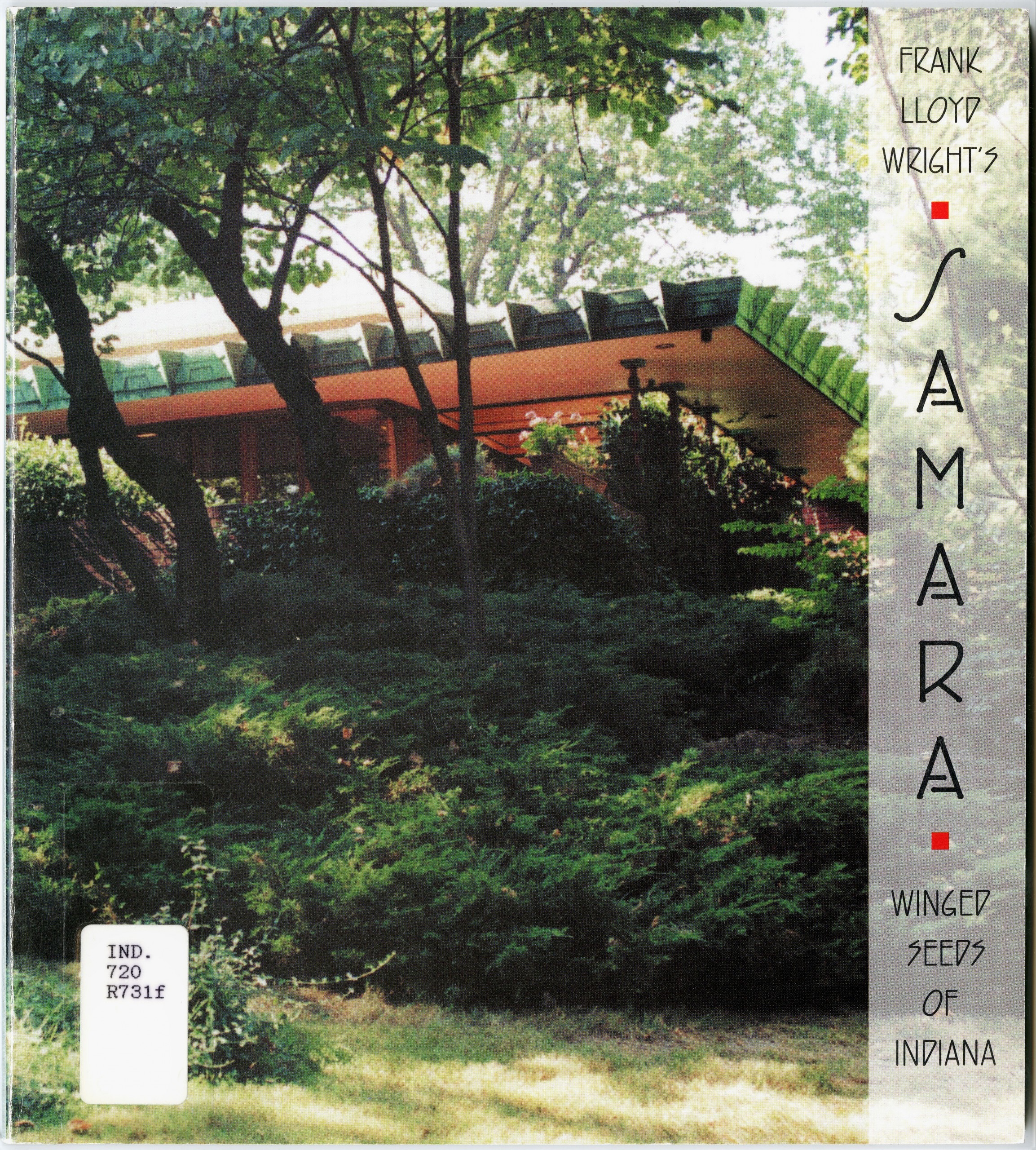 Wright had begun advertising his Usonian home plans that began at $5,000. Samara was meant to be one of Wright’s Usonian designs, during the post-World War II era.  Usonian design was an idea Wright had for functional but stylish homes for middle-class customers. Several entire communities around the country were designed around the Usonian ideal.

Working with Wright was not for the faint of heart. Wright reportedly had a difficult personality and liked to dictate what types of furniture, down to the lampshades, should be included in the homes he designed. In the Rogers book, there is a glossary of furniture designed especially for Samara in the back of the book. John and Kay Christian were committed to following Wright’s directives as far as décor.

In Roger’s book, the details of the designing and building process, along with pictures of the plans and furniture are abundant. Unfortunately, though the cover is in full color, the pictures in the book are all in black and white. Samara has a website which indicates that it is in the process of being updated. However, the photographs of the house are spectacular. The furniture is colorful and also looks useful as well as comfortable. There are soaring windows and intricate woodwork for which Wright’s designs are famous. Samara is open for tours during parts of the year, even though it is a private residence.  The website indicates that the house is open for tours April through November, although by appointment. 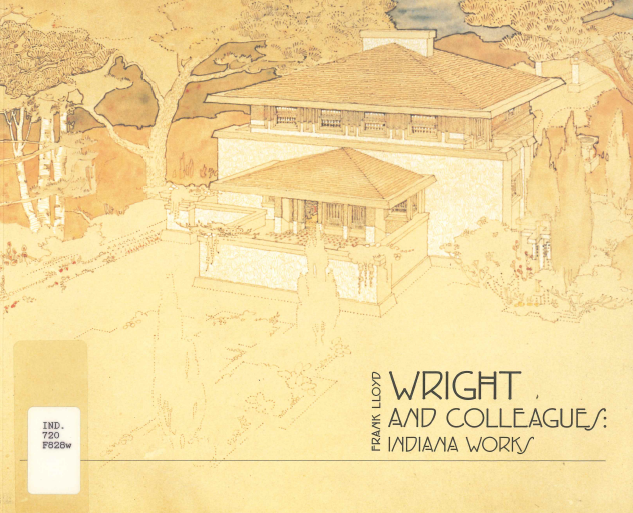 If you are interested in other Wright-designed structures in Indiana, you may want to look at “Frank Lloyd Wright and Colleagues: Indiana Works.” The picture above is a program from the event organized by Barbara Stodola that was held July through September in 1999. The exhibition was held at the John G. Blank Center for the Arts in Michigan City.