One might have the impression that smoking was without objection in the 1920s and 1930s. Movies showed stars smoking constantly, advertisements in newspapers had “doctors” recommending brands of cigarettes. It seems you could smoke just about anywhere. However, the No-Tobacco League of America was active throughout this time, pushing back against the smoking habit through a lens of health and moral objection.

Indiana even had a short-lived era of cigarette prohibition. From 1905-1909 it was unlawful to sell, buy or possess cigarettes. Senate Bill 51 was approved on Feb. 28, 1905. The law reads in part, “It shall be unlawful for any person … to manufacture, sell, exchange, barter, dispose of or give away … cigarettes” or any papers intended to be used to roll tobacco. 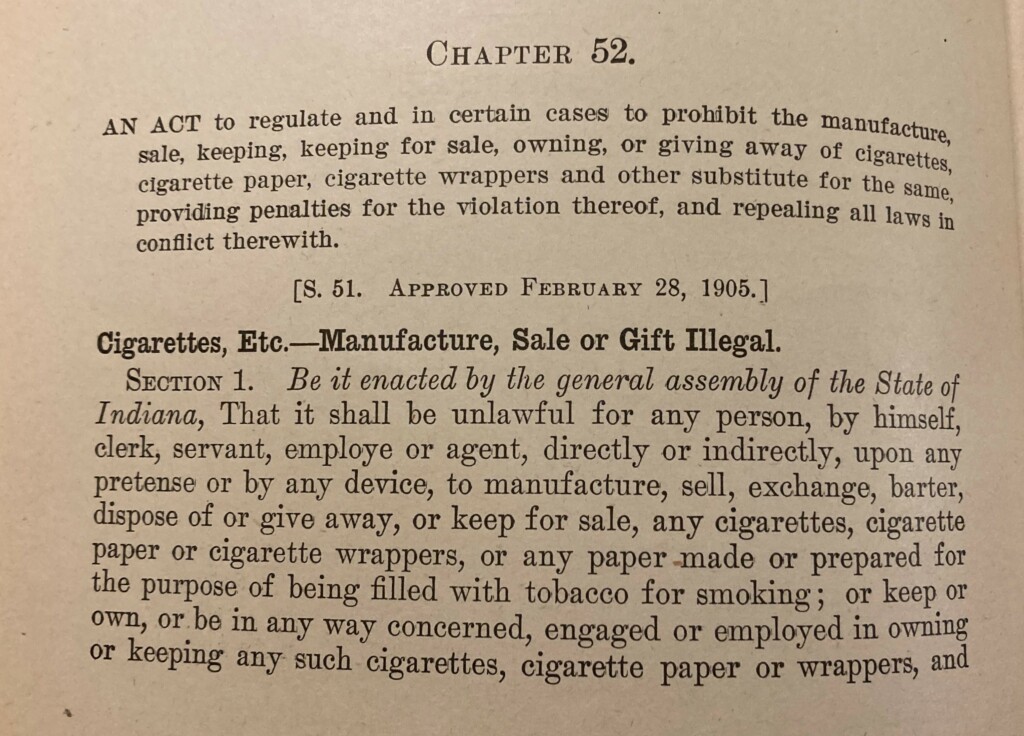 The law was in place until 1909, when it was amended. The new law narrowed the prohibition of cigarette sales and use to just minors. Currently, Indiana and federal law have the age set at 21. 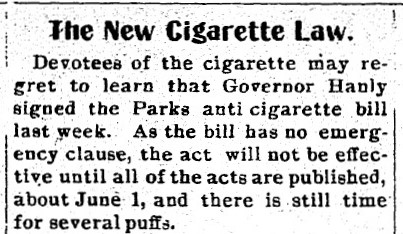 Luther H. Higley began publishing the No-Tobacco Journal in Butler, Indiana in January 1918 for the No-Tobacco League of America. Higley was the owner and operator of the Butler Record, a local newspaper. He had an established career as a printer and publisher. Higley also had an affiliation with the Methodist Church in Butler and published the Epworth League Quarterly which had national circulation.

Highlights from the No-Tobacco Journal include cartoons, snarky digs at smokers, religious and moral appeals and more than a few photos to Charles Lindberg. The No-Tobacco League appealed to churches, Sunday school groups and church gatherings; much like the Temperance Movement it was as much a moral appeal as for one’s health; if not more moral than health. 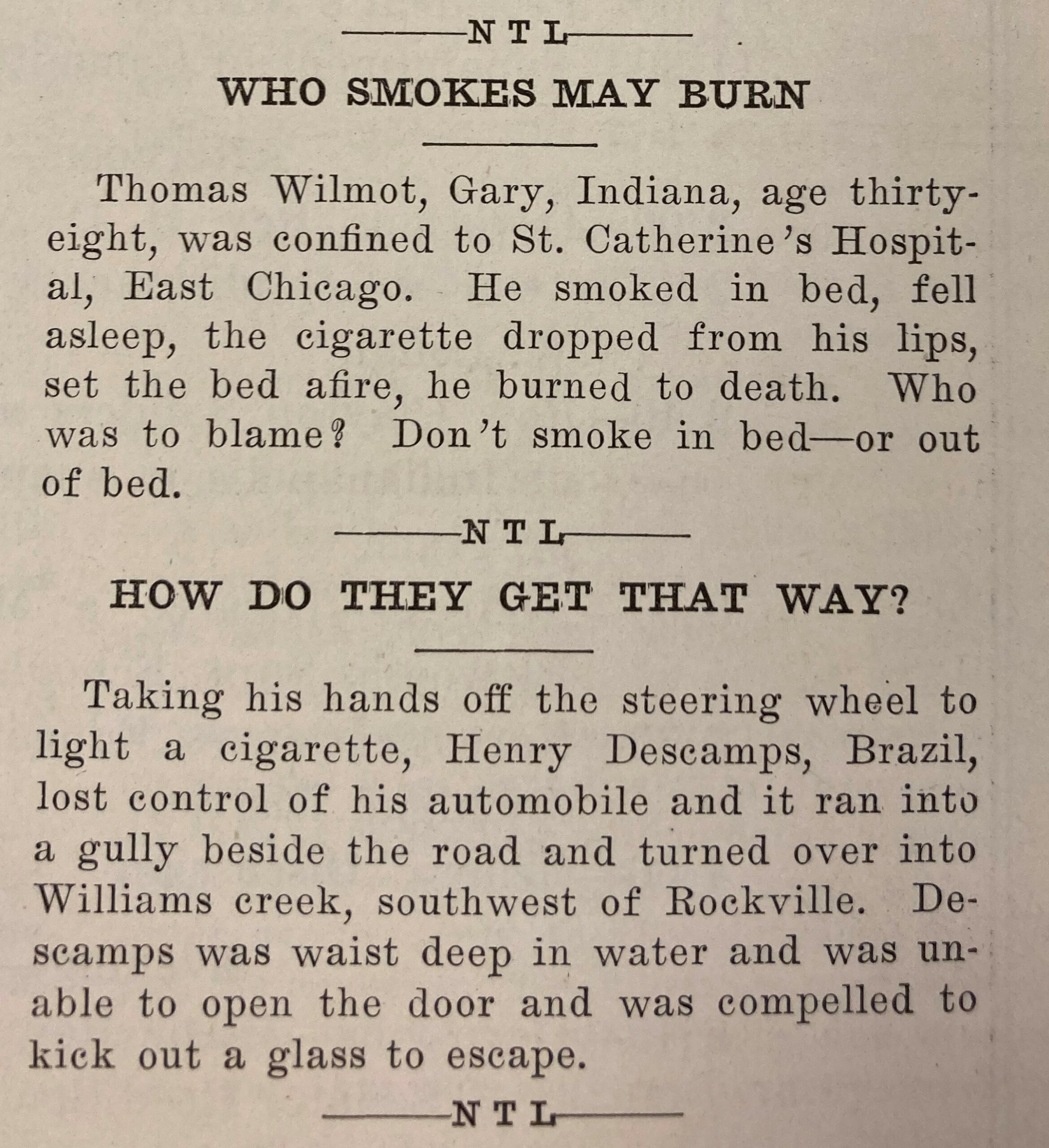 The No-Tobacco League of America also published the Prohibition Defender and No-Tobacco Journal in 1931. It was designed especially for Sunday schools. The first issue had Charles Lindbergh on the cover saying, “I do not drink.” In 1934 the No-Tobacco League began publishing the Clean Life Educator, opposing drink and smoke. Again, Charles Lindbergh graced the cover of the third issue, “A young American at his best” it says under his photo.

The publication eventually moved from Higley’s publishing house in Butler to the Free Methodist Publishing House at Winona Lake. Winona Lake was the resort home to many religious revivals and retreats. 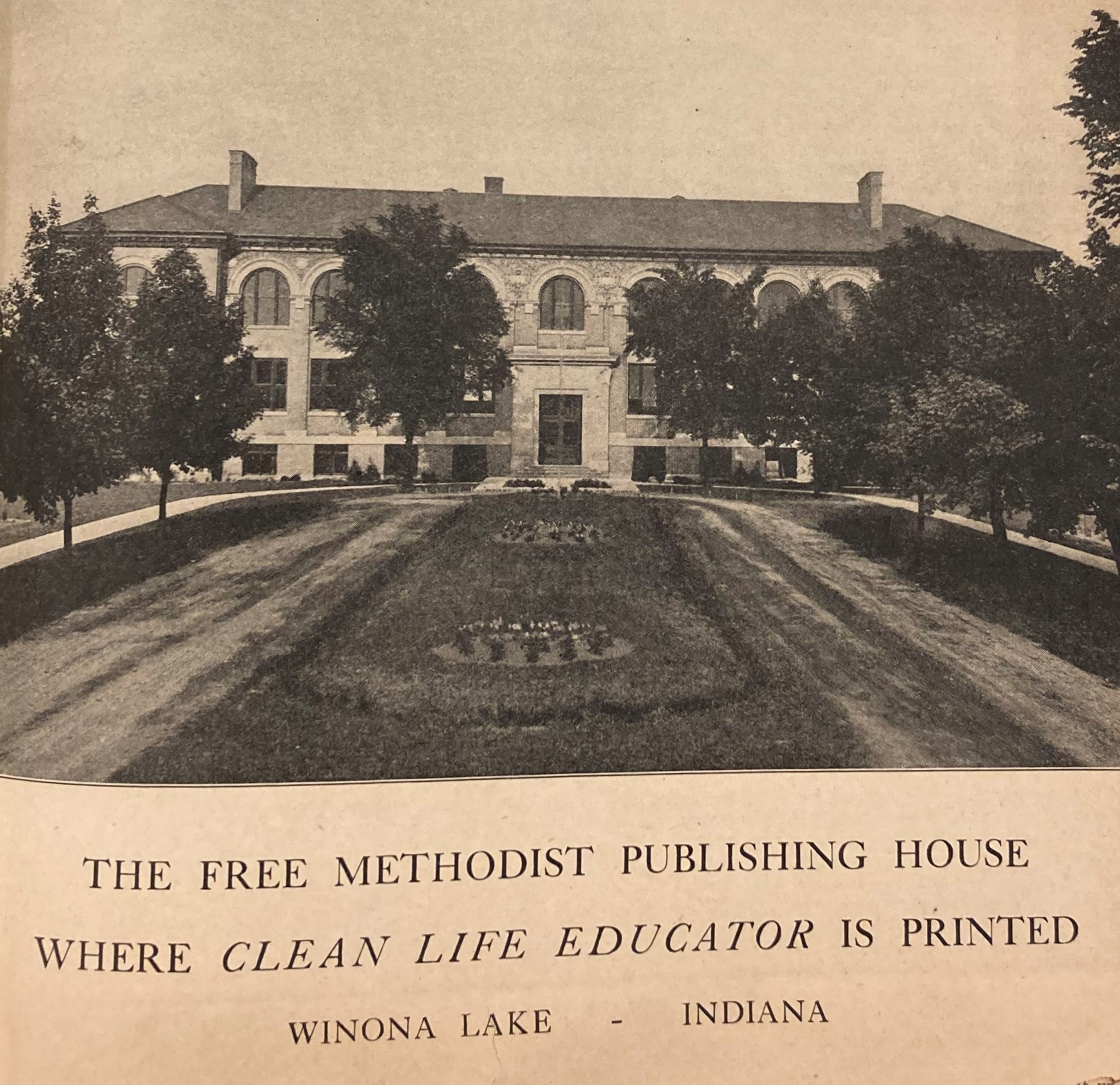