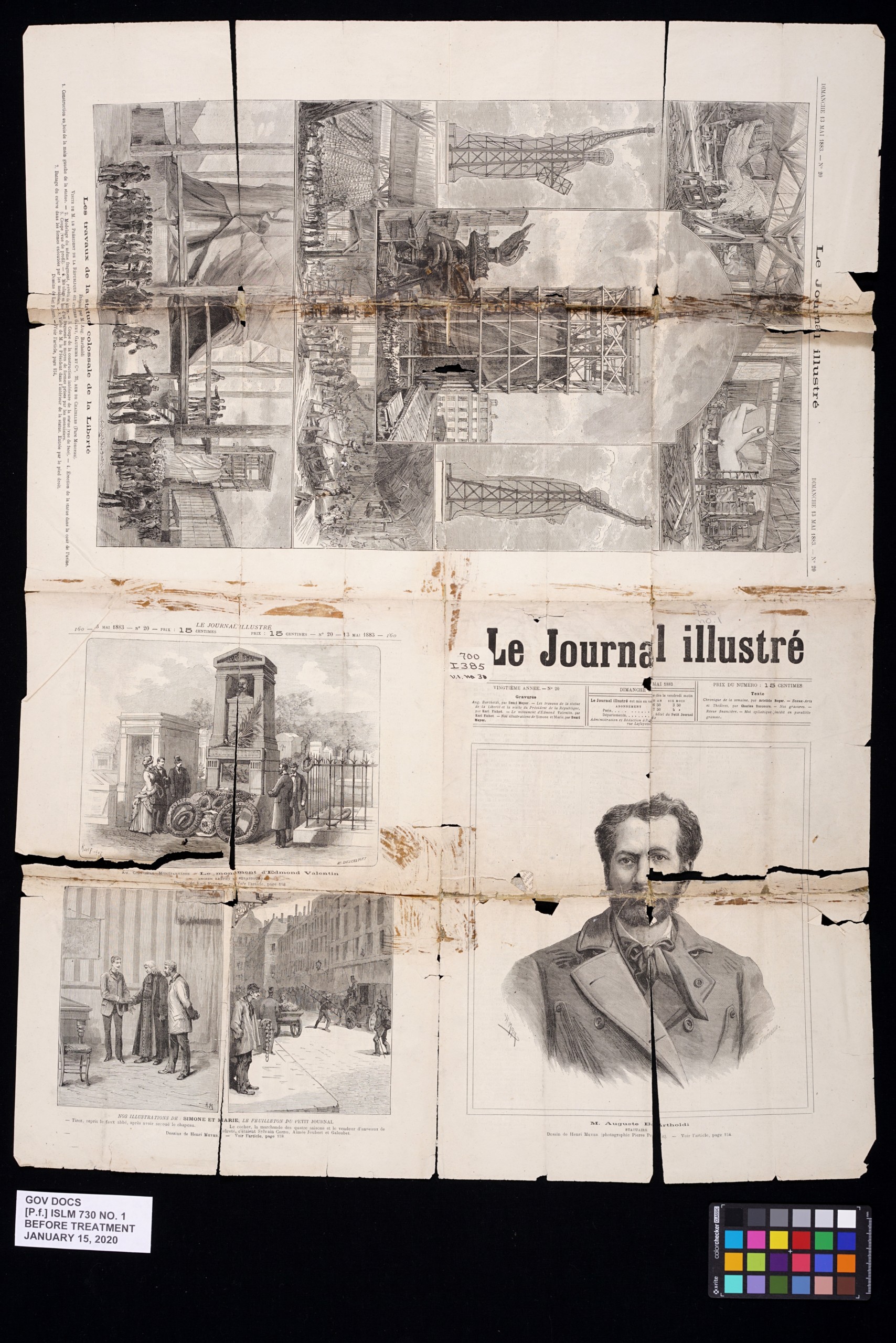 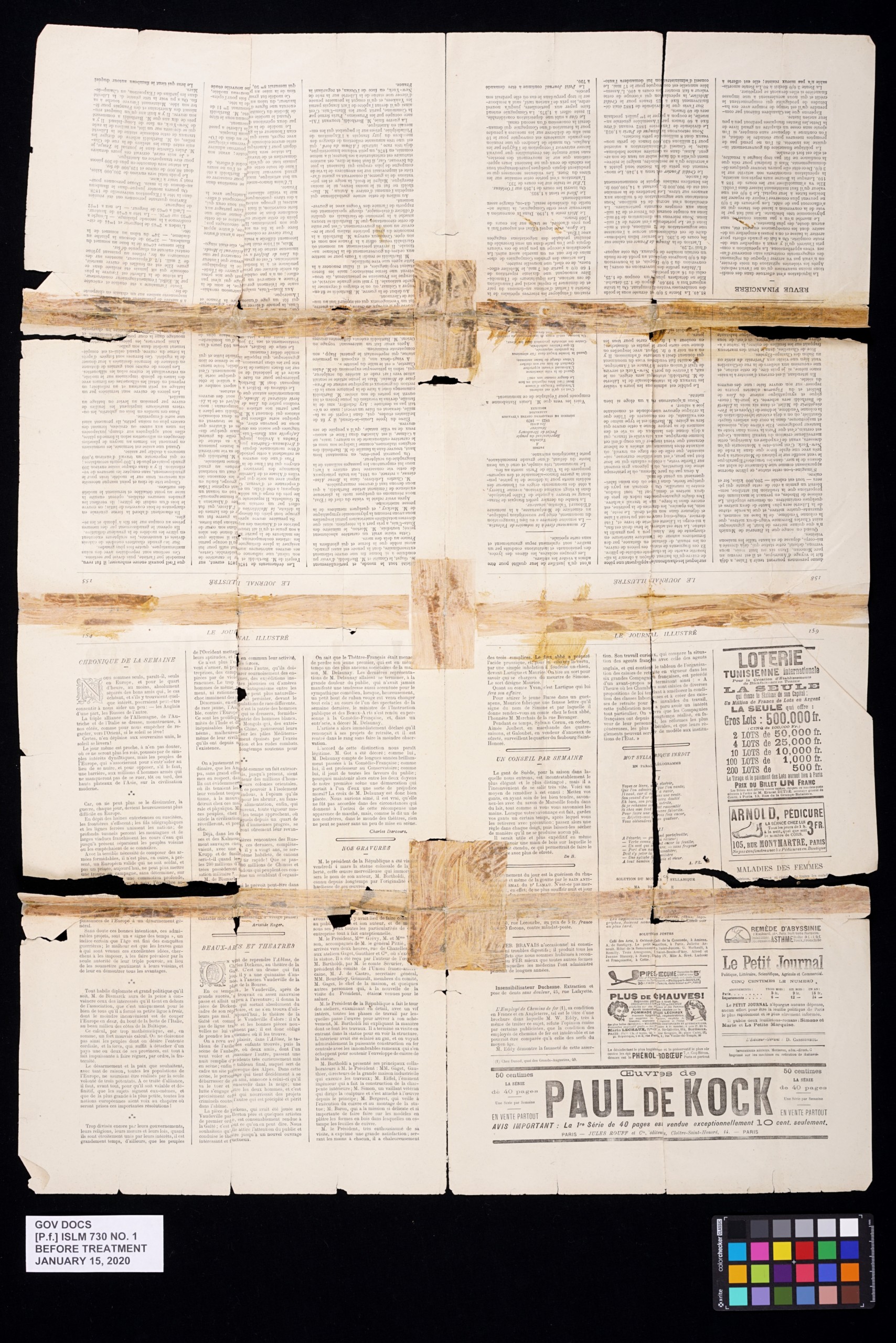 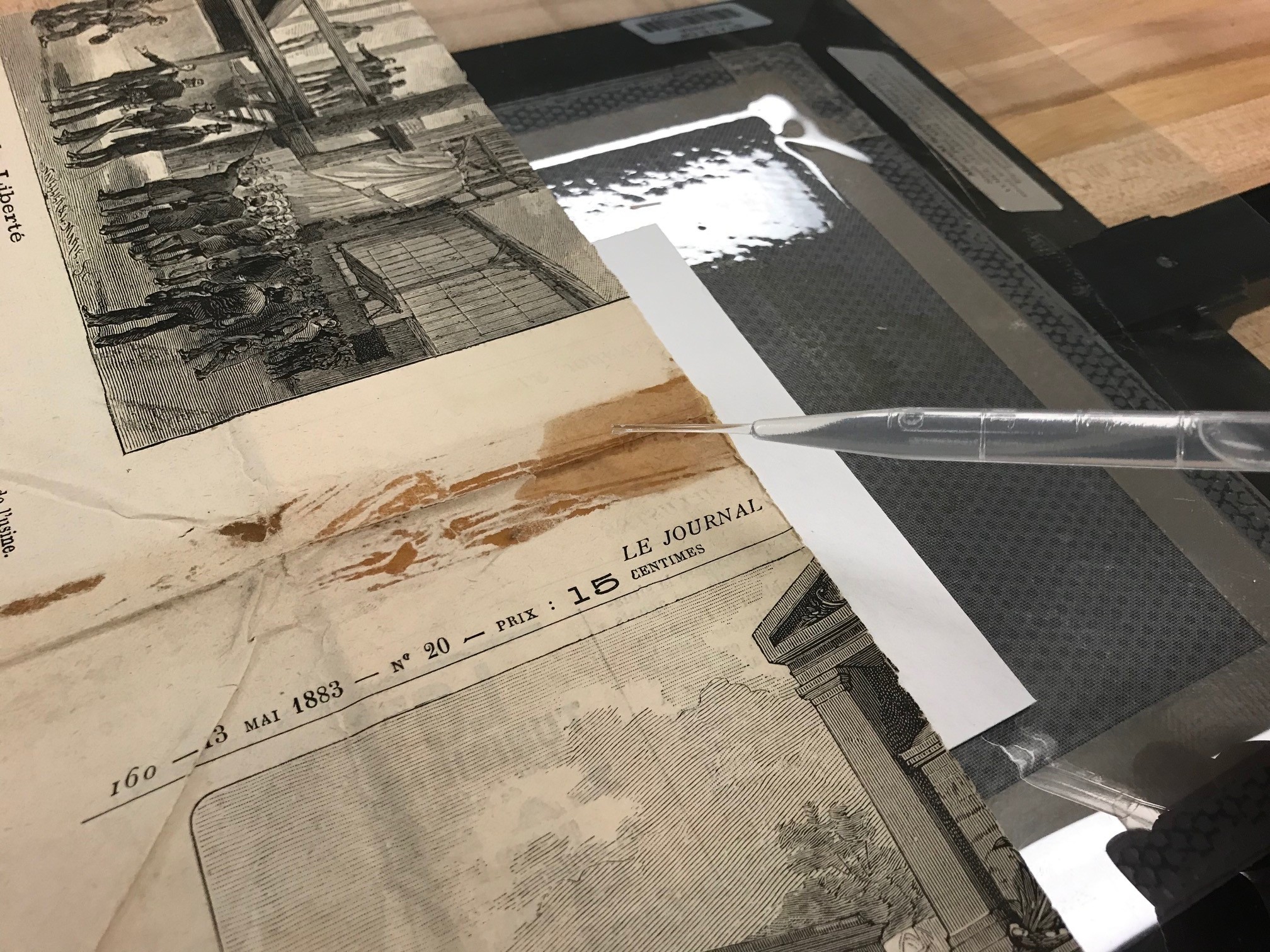 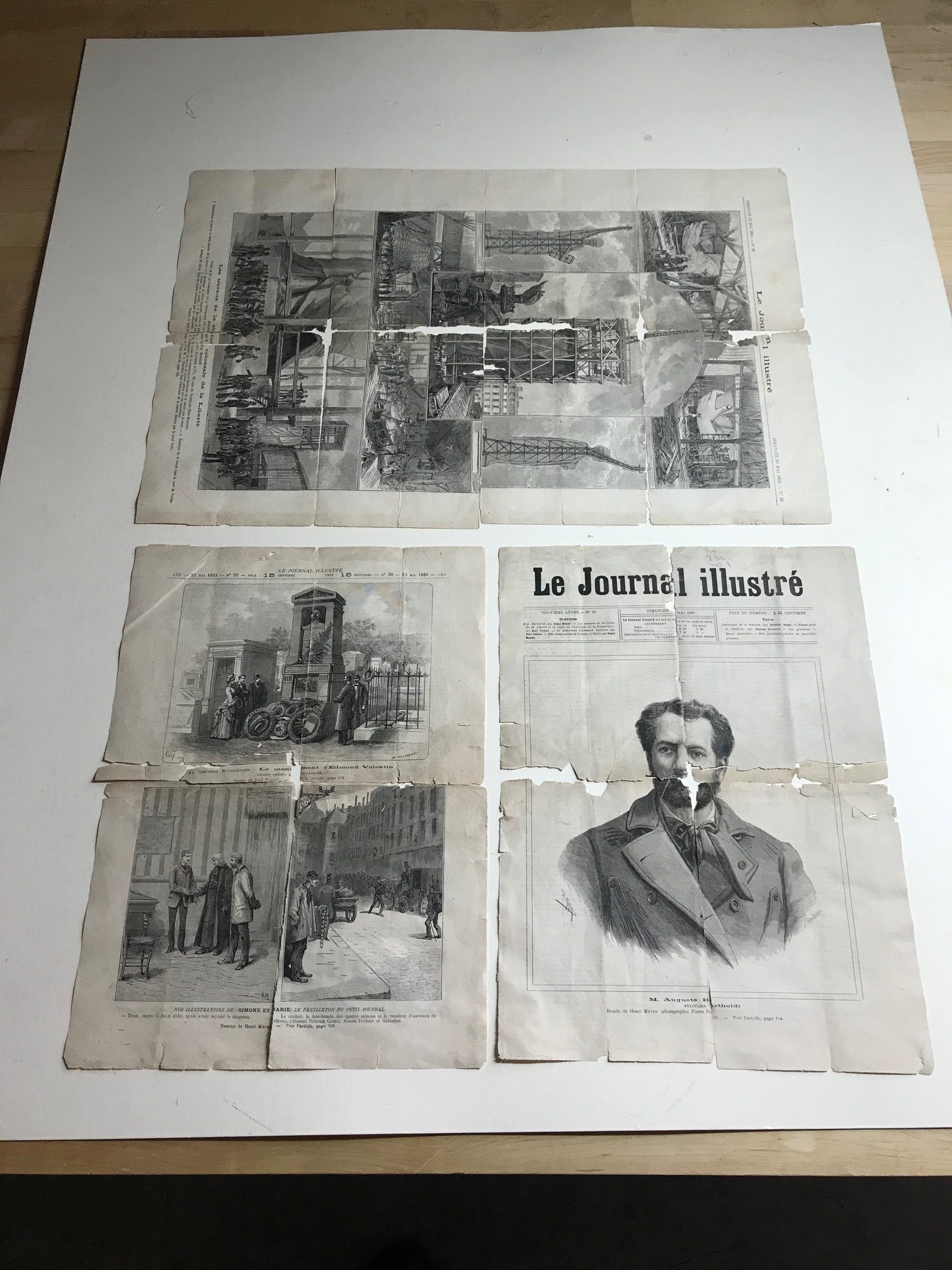 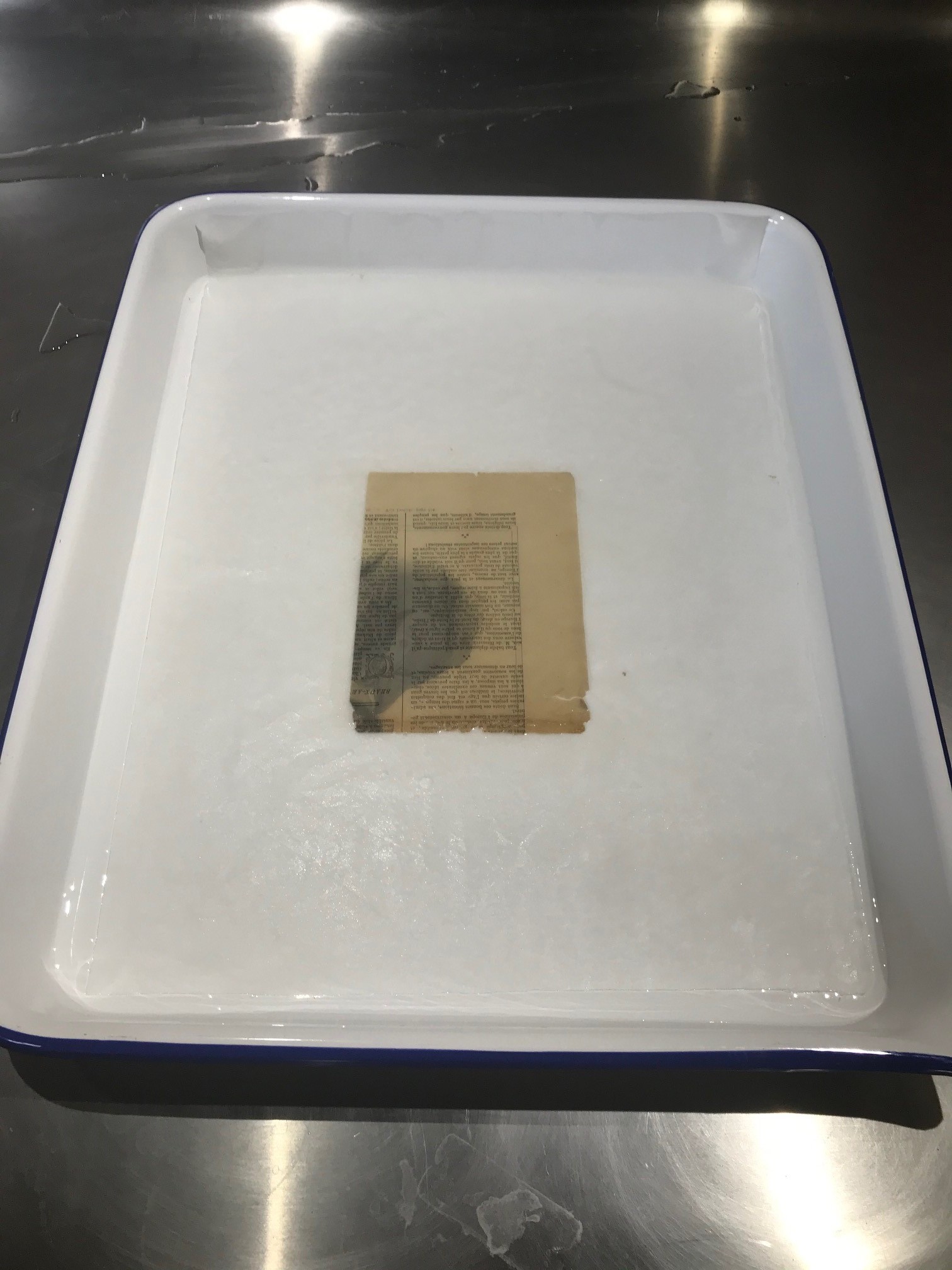 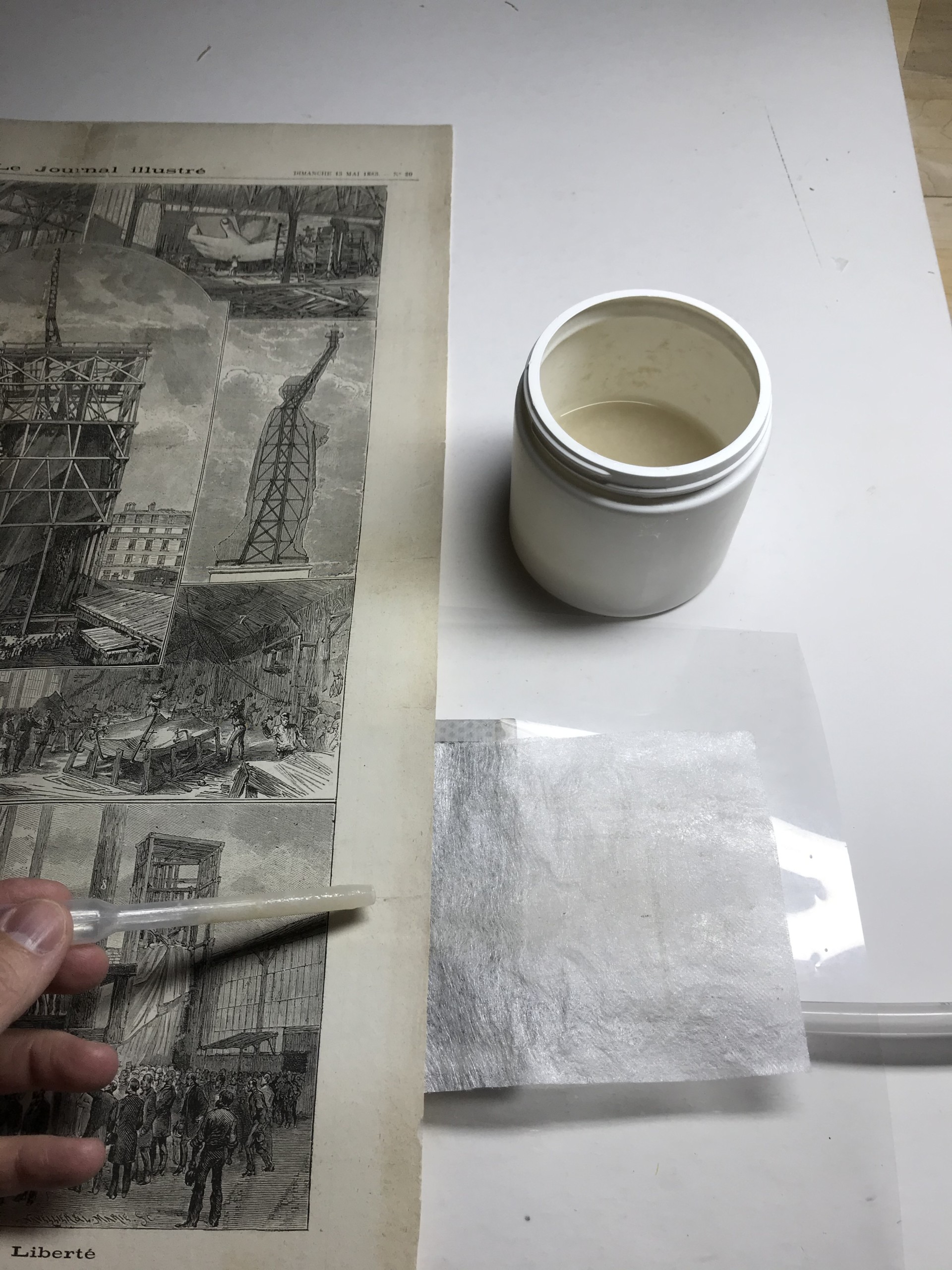 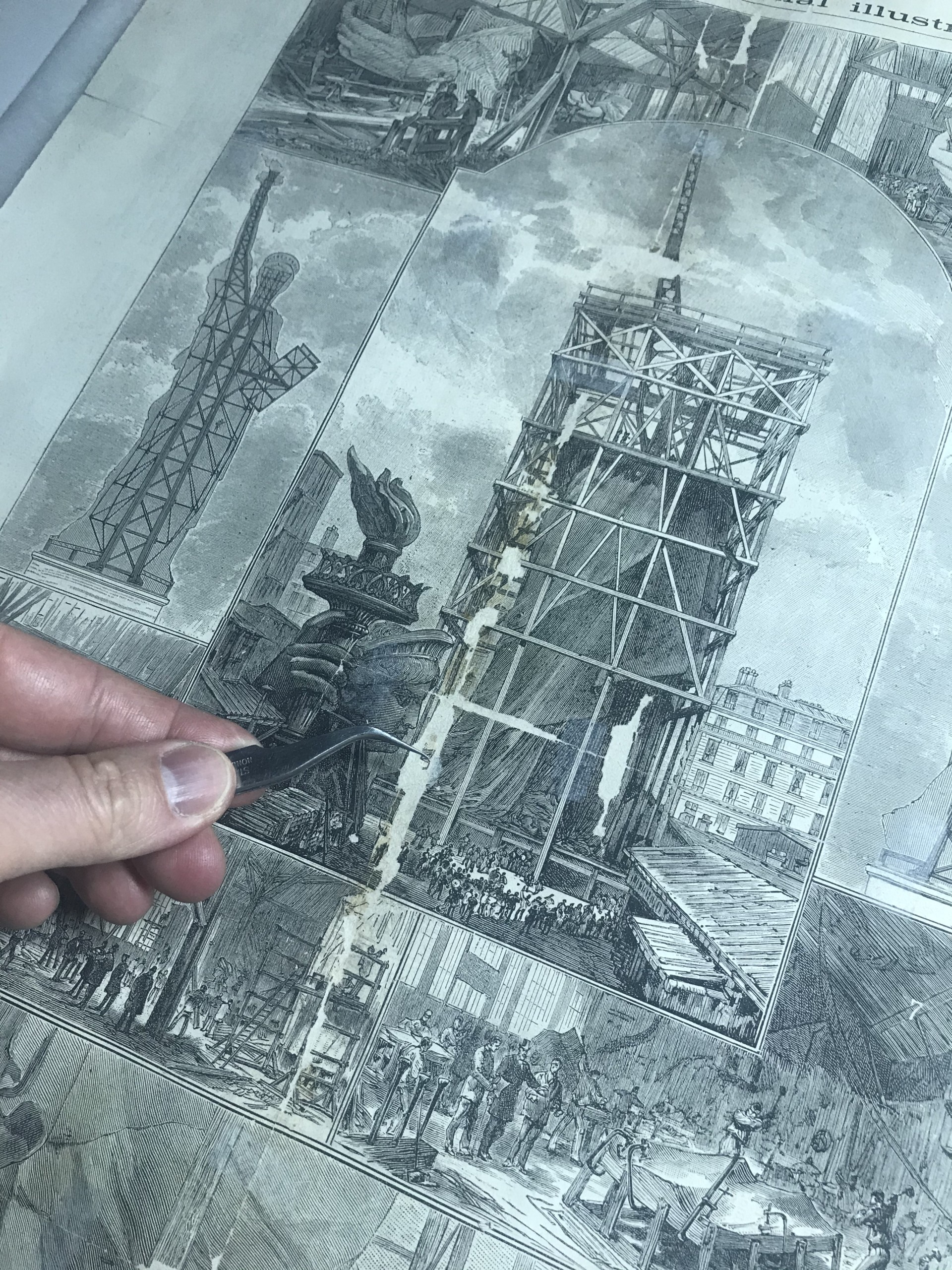 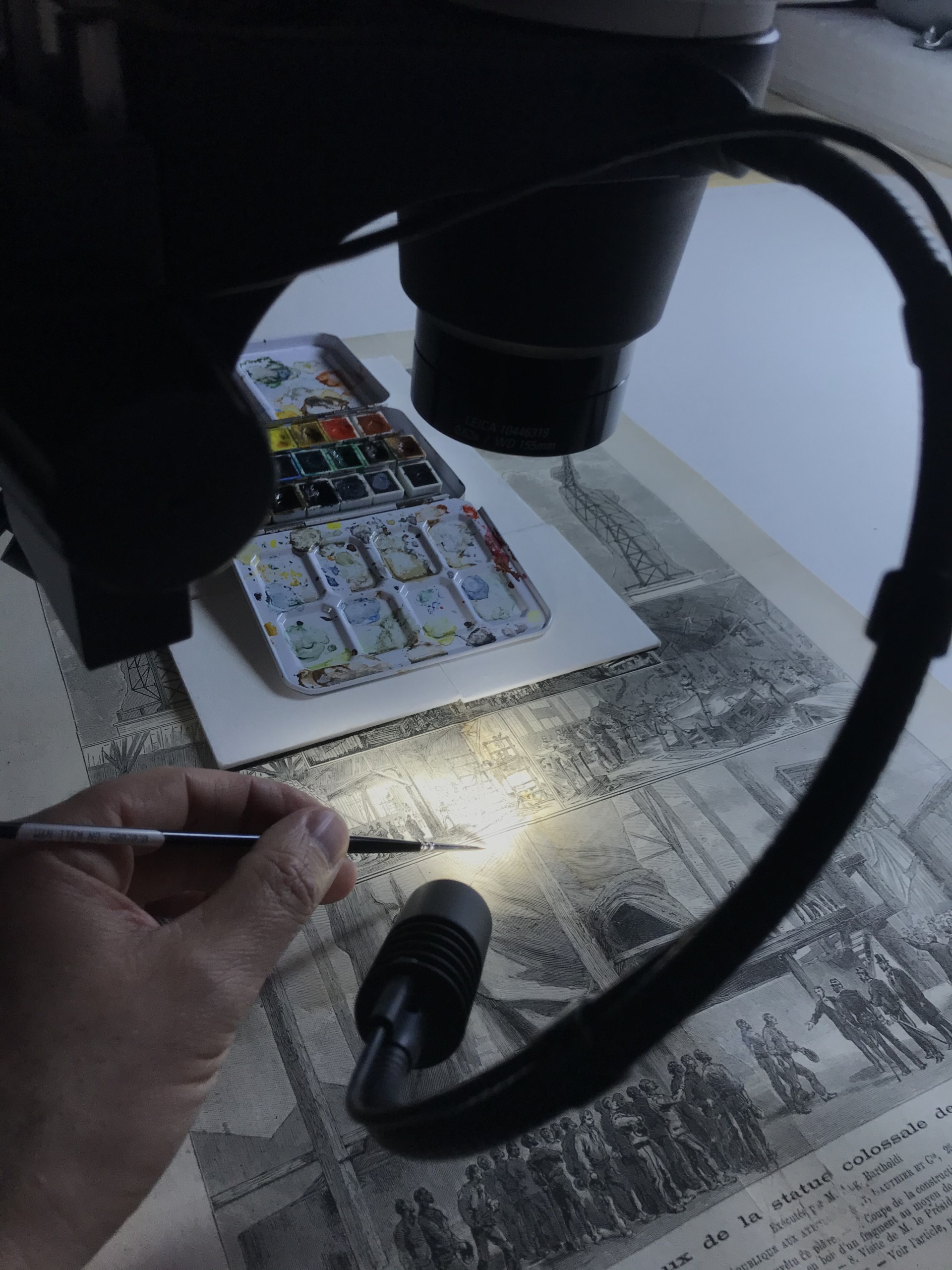 As a follow-up to a recent post regarding material from the Indiana State Library’s Government Documents Division, this post will summarize the repair of a 1943 U.S. Cadet Nursing Corps poster that was damaged during an air handler water leak on April 15, 2019.

The poster is a 1943 lithographic poster for the U.S. Cadet Nurse Corps, drawn by artist Carolyn Edmundson. On that morning, a leak was discovered in the public documents room in the library. By the time it was discovered, the water had caused damage to a variety of pieces that had been left on a table under the leak spot. One of these pieces was the nursing poster. It was apparent, that while the poster had suffered water damage, there was also damage to the poster that predated the leak. The poster suffered from severe creasing, tears and areas of loss. A small amount of old pressure sensitive cellophane tape was found on the back and the paper was very dirty and brittle. Staining had occurred from the water damage. Additionally, the paper was cockled. 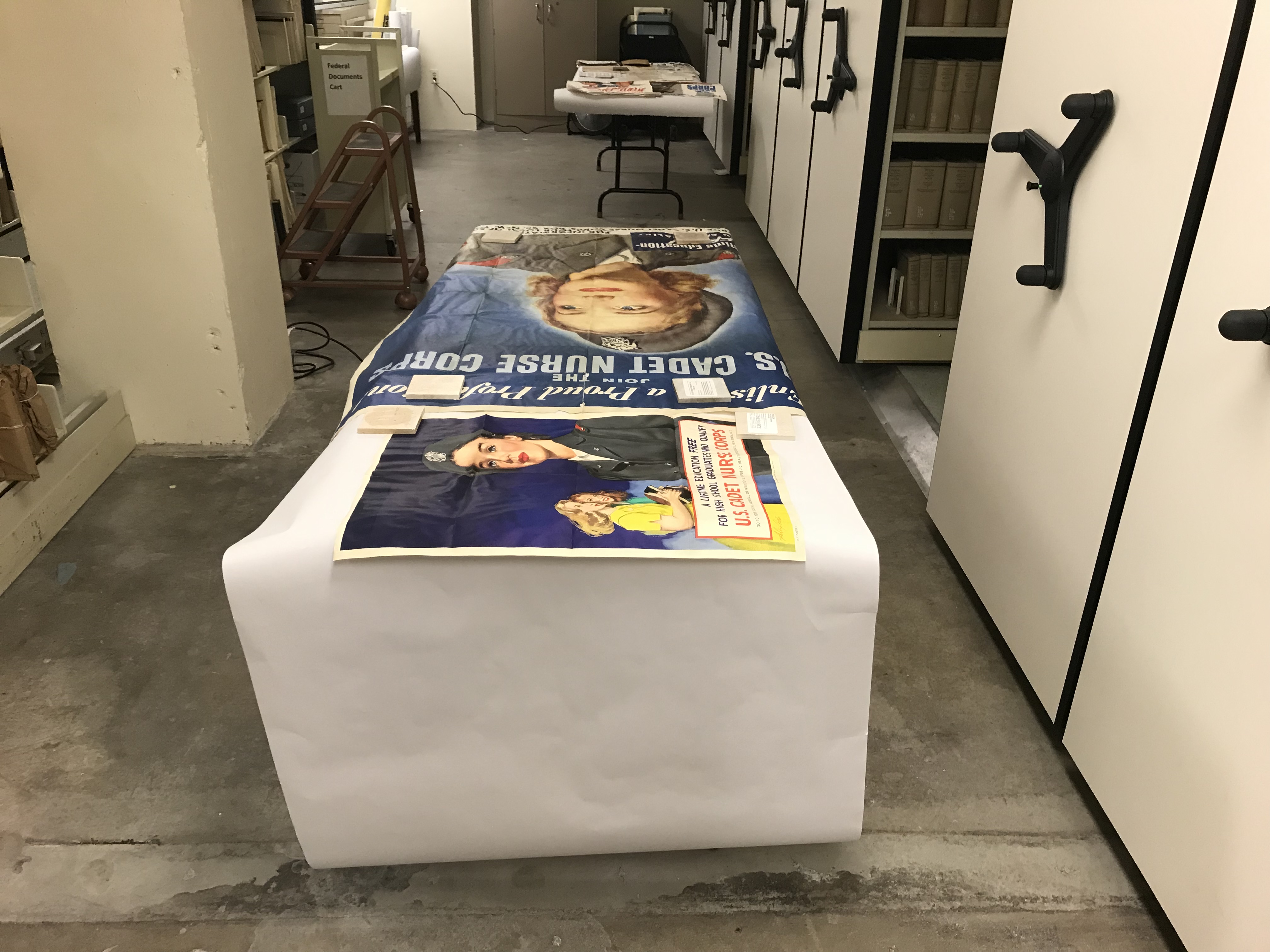 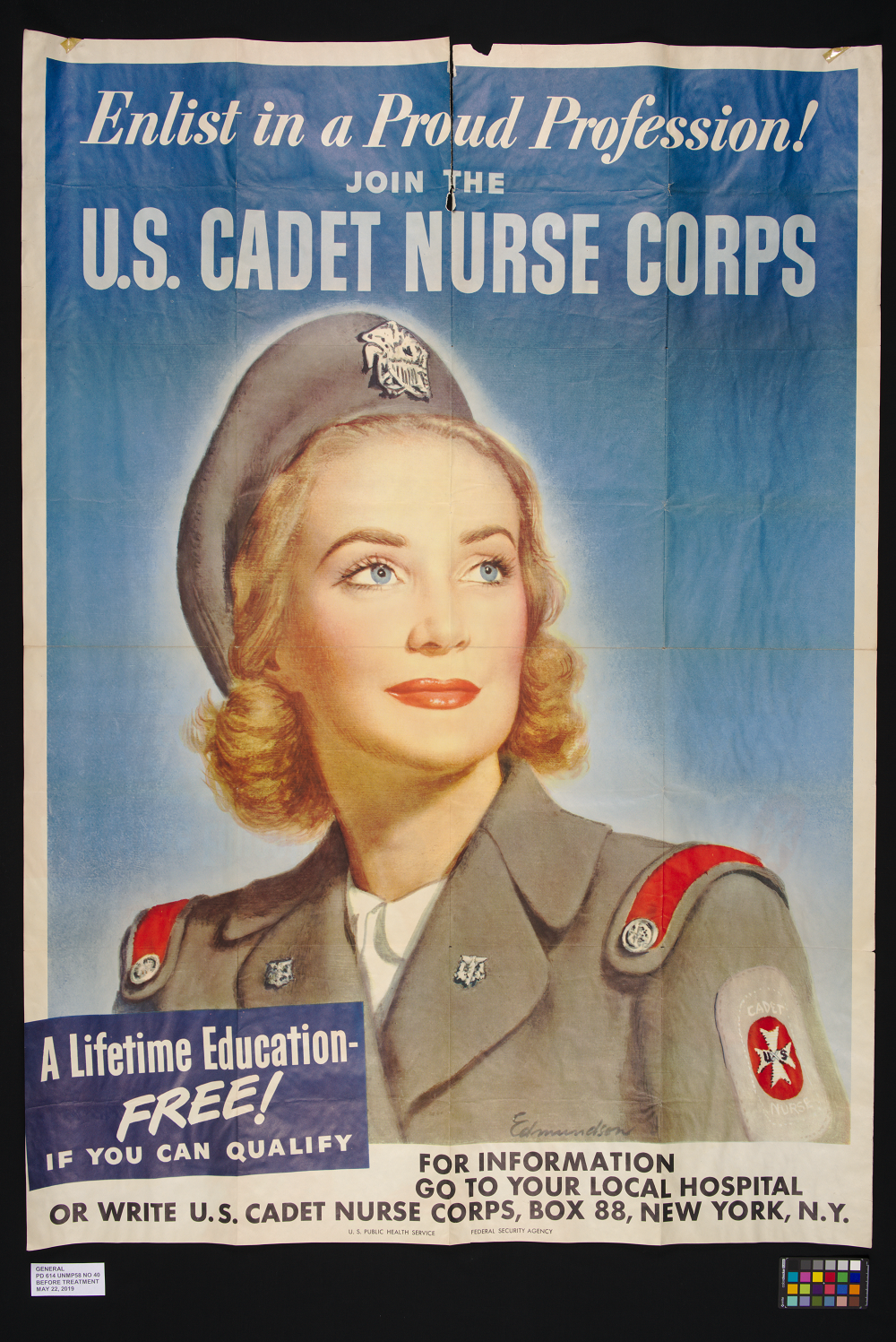 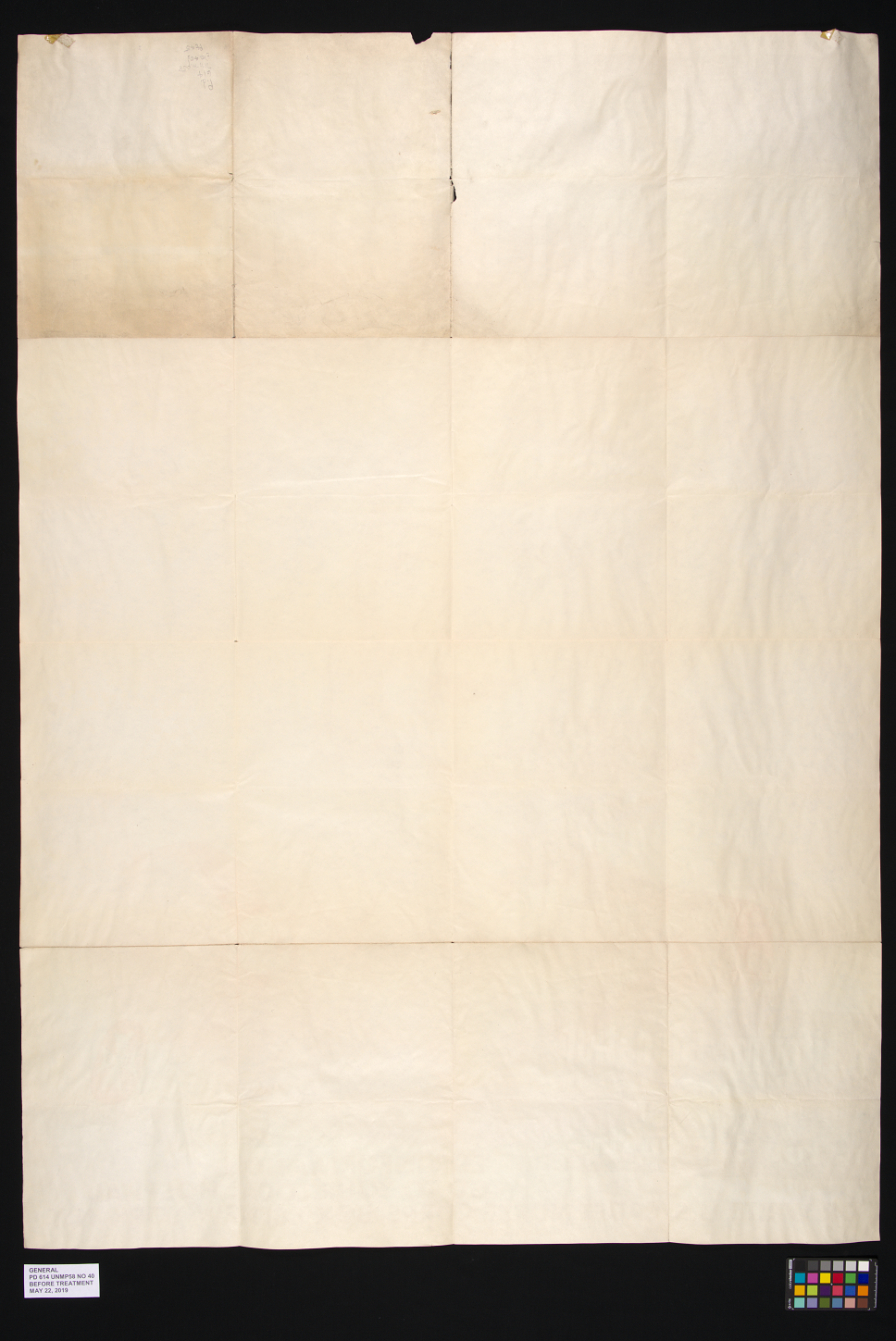 The entire poster was washed in alkalized water and dried between wool felt blankets.

The area of loss was filled with re-pulped paper and the entire poster was lined onto a sheet of Japanese tissue with wheat starch paste. 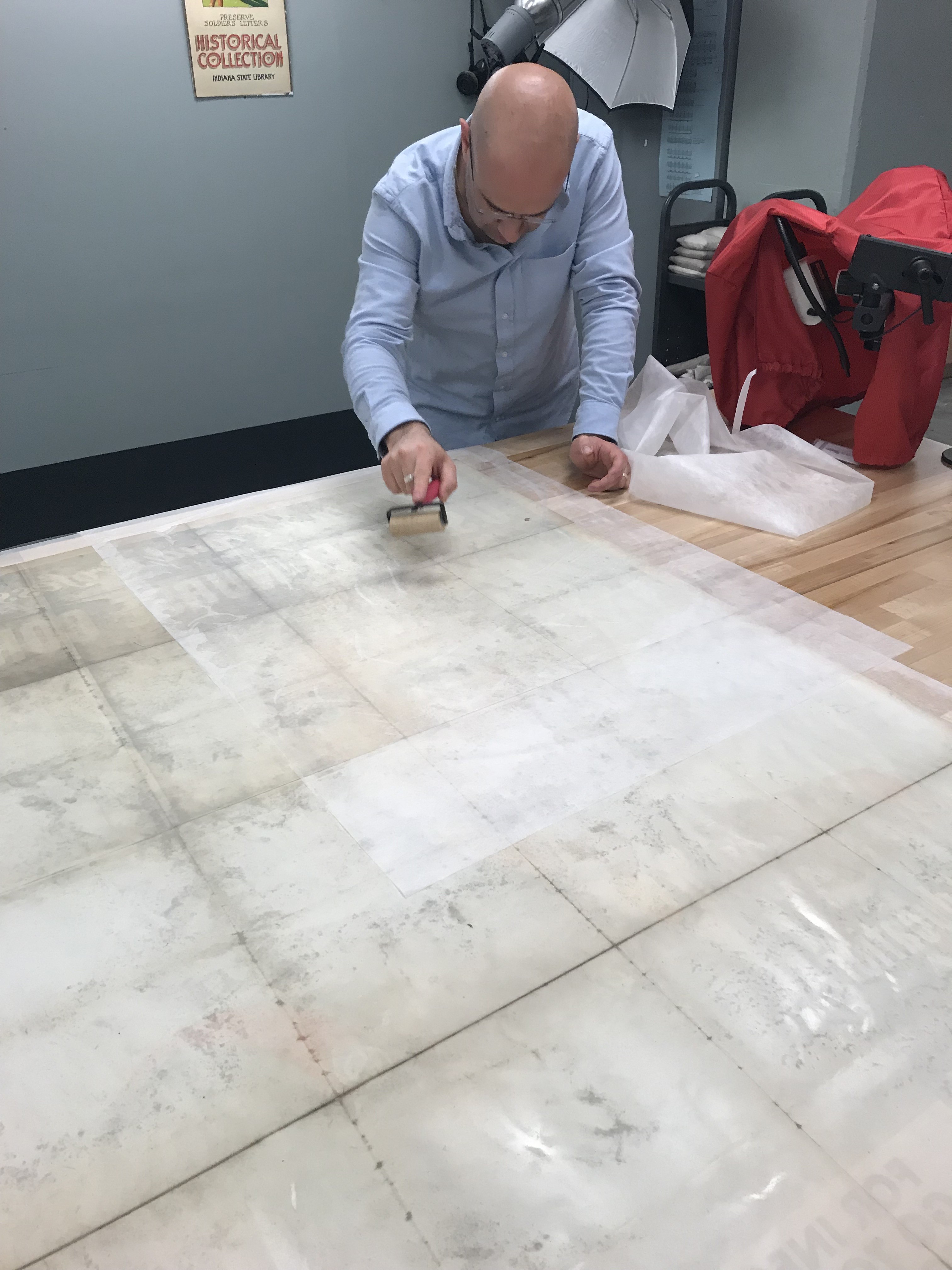 The poster was photographed again and a final report was written documenting the treatment. 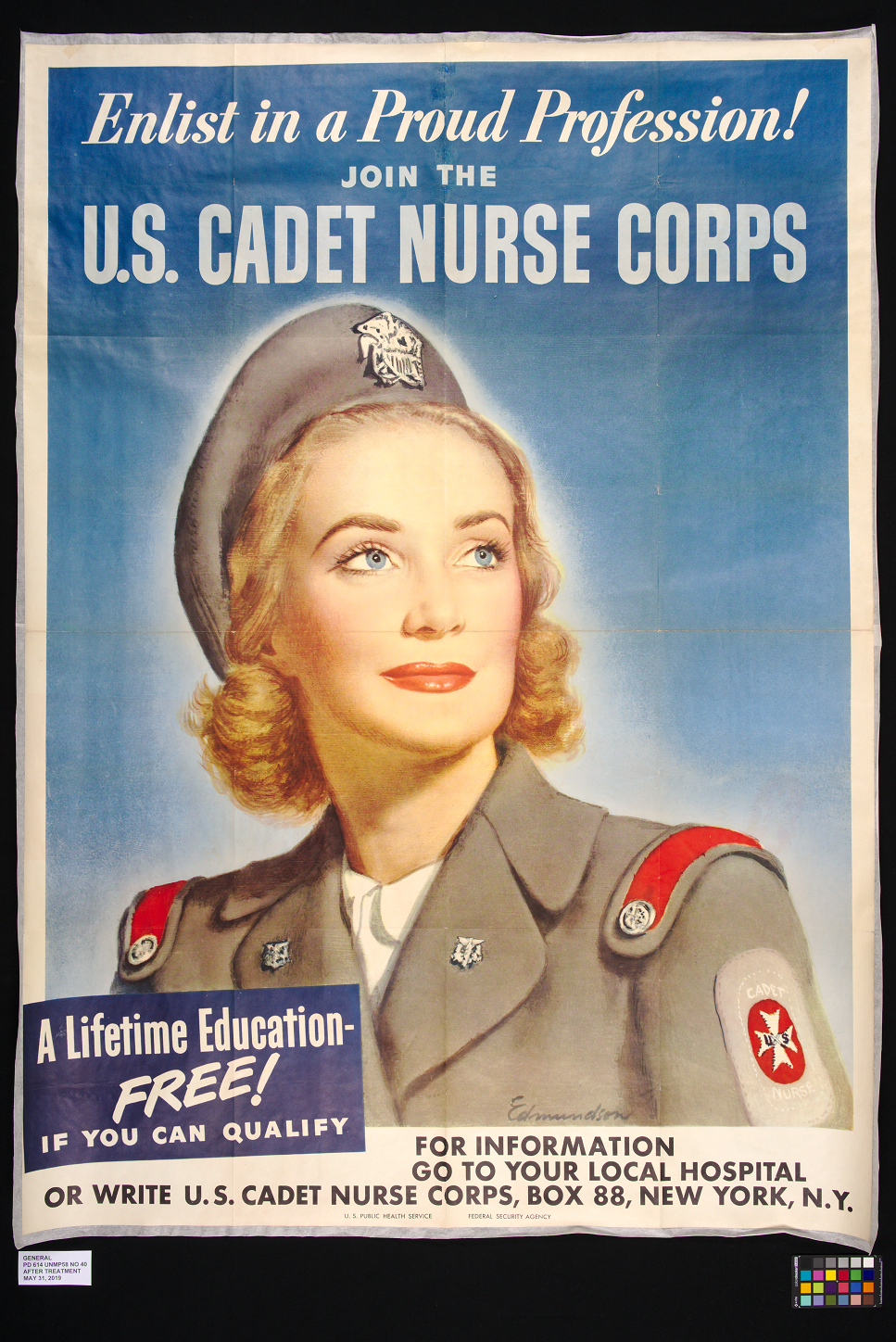 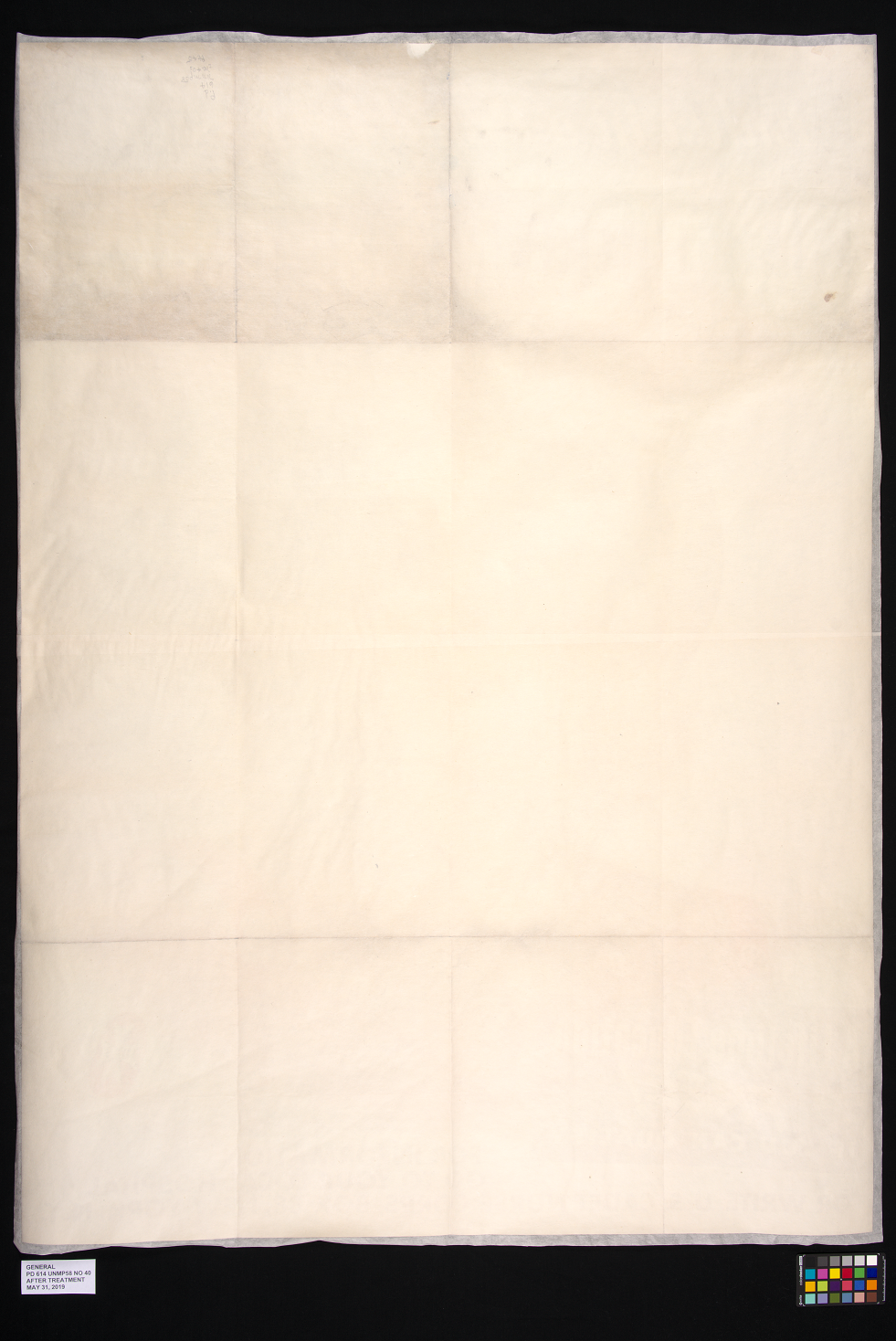 The poster is now safely back in the flat file cabinet with the library’s other broadsides.