The U.S. Centers for Disease Control and Prevention has been a major source for current U.S. data and statistics about COVID-19 over the span of the pandemic with its COVID Data Tracker. While it continues to fulfil its mission to protect the U.S. from other threats to health and safety, the federal agency maintains many online health tools, as well as portals to current and historical data and statistics.

The CDC’s A-Z Data and Stats by Topic includes topics such as chronic disease prevention, which includes multiple health surveys designed to monitor lifestyle and health data; genomics, which directs data users to the NHANES survey and the newer HuGE, a knowledge base in human genetic health data; and vaccines and immunizations, which offers a new data visualization tool called COVIDVaxView Interactive. It allows data users to search vaccination coverage by race, age, sexual orientation, gender identity, poverty-level, place of birth and more at national, region and state-levels of geography.

If you want to dig deeper into the statistics CDC offers, visit the FastStats homepage with direct access to national and state-level health statistics. On the left side of FastStats, data is organized into categories including disability and risk factors, injuries and reproductive health. Visit the page for an A-Z index of over 100 links to health data reports and databases. Each of these links gives you access to the most current national data on the topic as well as related subject, recent reports and data tables and query tools or databases, that offer current and historical data on your health topic of interest. 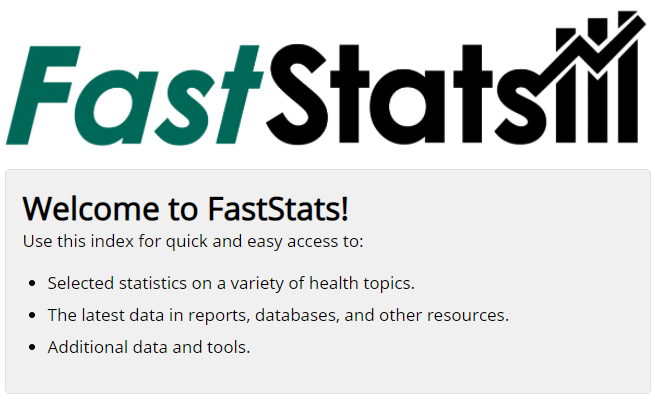 The CDC’s Vital Signs is a periodical publication featuring the data behind current threats to health in the U.S. and covers measures of impact and ways for prevention. Past issues include topics such as containing unusual resistance, about antibiotic-resistant germs; safer food saves lives, about stopping foodborne health scares; and Hispanic health, which features health data specific to Hispanic/Latino peoples in the U.S. Each Vital Signs page contains articles identifying the issue, visual descriptions (e.g., videos, infographics and maps) and ideas for efforts at the federal, state and local levels to prevent the problem. The Science Behind the Issue section connects data users to the well-known CDC publication, the Morbidity and Mortality Weekly Report, and the newer Science Clips from the CDC Library. Data users are also directed to related Government Information websites and resources at the bottom of each page. 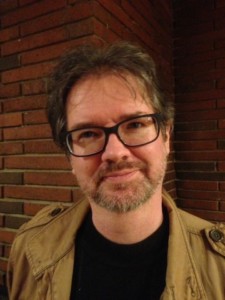