Pride Month has been celebrated in the United States every June since the 1970s. This special month commemorates the Stonewall riots of 1969 and demonstrates how lesbian, gay, bisexual, transgender and queer Americans have strengthened the country. Celebrations oftentimes include parades, workshops, picnics, parties, concerts and memorials for members of the community who have been lost to hate crimes or HIV/AIDS. Celebrate by learning more about this commemoration through this guide put together by the Library of Congress.

The Indiana Young Readers Center has assembled this list of books with Indiana connections so that people of all ages can engage with stories about people from the LGBTQ community.

“All Out: The No-Longer-Secret Stories of Queer Teens throughout the Ages” edited by Saundra Mitchell 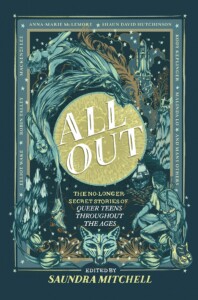 Edited by Indiana native Saundra Mitchell, this is a collection of historical fiction for teens. Seventeen young adult authors across the queer spectrum have come together to create a collection of beautifully written diverse tales. From a retelling of “Little Red Riding Hood” set in war-torn 1870s Mexico featuring a transgender soldier to two girls falling in love while mourning the death of Kurt Cobain to forbidden love in a 16th century Spanish convent to an asexual girl discovering her identity amid the 1970s roller-disco scene, “All Out” tells a diverse range of stories across cultures, time periods and identities, shedding light on an area of history often ignored or forgotten.

“Out Now: Queer We Go Again!” edited by Saundra Mitchell 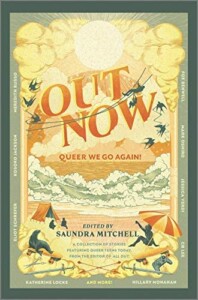 A follow-up to the critically acclaimed “All Out” anthology, “Out Now” features 17 short stories from amazing queer YA authors: Vampires crash a prom; aliens run from the government; a president’s daughter comes into her own; a true romantic tries to soften the heart of a cynical social media influencer; and a selkie and the sea call out to a lost soul. From teapots and barbershops to skateboards and VW vans to “Street Fighter” and Ares’s sword, “Out Now” has a story for every reader and surprises with each turn of the page! This collection is also edited by Indiana author, Saundra Mitchell. 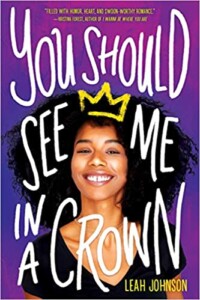 Liz Lighty has always believed that she’s too Black, too poor and too awkward to shine in her small, rich, prom-obsessed Midwestern town. But it’s okay – she has a plan that will get her out of Campbell, Indiana, forever – one that revolves around financial aid that unexpectedly falls through. Liz is devastated until she remembers that her school offers a scholarship for the prom king and queen. Though author Leah Johnson currently lives in Brooklyn, New York she was born and raised in Indianapolis and is a tried and true lifelong Hoosier. 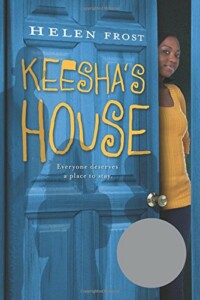 Keesha has found a safe place to live, and other kids gravitate to her house when they just can’t make it on their own. They are Stephie – pregnant and trying to make the right decisions for herself and those she cares about; Jason – Stephie’s boyfriend, torn between his responsibility to Stephie and the promise of a college basketball career; Dontay – in foster care while his parents are in prison; Carmen – arrested on a DUI charge, waiting in a juvenile detention center for a judge to hear her case; Harris – disowned by his father after disclosing that he’s gay; and Katie – angry at her mother’s loyalty to an abusive stepfather. Helen Frost lives in Fort Wayne, Indiana and has published dozens of books for young people. In this novel, Frost weaves together the stories of seven teenagers as they courageously struggle to hold their lives together. 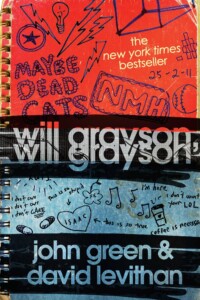 One cold night, in a most unlikely corner of Chicago, Will Grayson crosses paths with… Will Grayson. Two teens with the same name, running in two very different circles, suddenly find their lives going in new and unexpected directions, culminating in epic turns-of-heart and the most fabulous musical ever to grace the high school stage. Told in alternating voices from two YA superstars, this collaborative novel features a double helping of the heart and humor that have won them both legions of fans. John Green lives in Indianapolis. 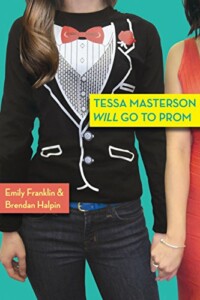 Lucas and Tessa’s friendship is the stuff of legend in their small Indiana town. So, it’s no surprise when Lucas finally realizes his feelings for Tessa are more than friendship and he asks her to prom. What no one expected, especially Lucas, was for Tessa to come out as a lesbian instead of accepting his heartfelt invitation. Humiliated and confused, Lucas also feels betrayed that his best friend kept such an important secret from him. What’s worse is Tessa’s decision to wear a tastefully tailored tuxedo to escort her female crush, sparking a firestorm of controversy. Lucas must decide if he should stand on the sidelines or if he should stand by his friend to make sure that Tessa Masterson will go to prom.