The Indiana Early Literacy Firefly Committee has released its list of nominees for the 2021 Indiana Early Literacy Firefly Award. The nominees are “The Box Turtle” by Vanessa Roeder, “Brown Baby Lullaby” by Tameka Fryer Brown, “How Do You Dance?” by Thyra Heder, “Red House, Tree House, Little Bitty Brown Mouse” by Jane Godwin and “Who Has Wiggle Waggle Toes?” by Vicky Shiefman. 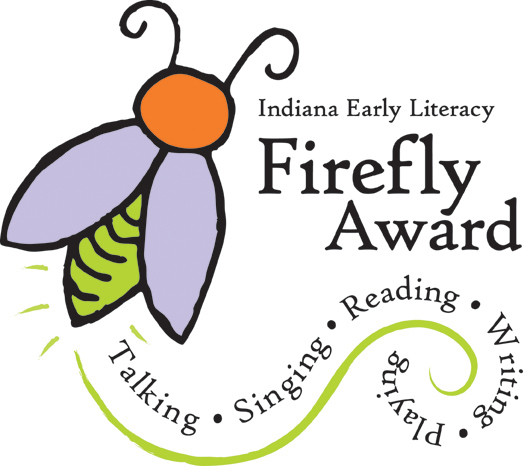 In its seventh year, the literacy award recognizes picture books that serve an important role in the first years of a child’s life and encourages parents, caregivers and very young children to interact together with exceptional picture books. 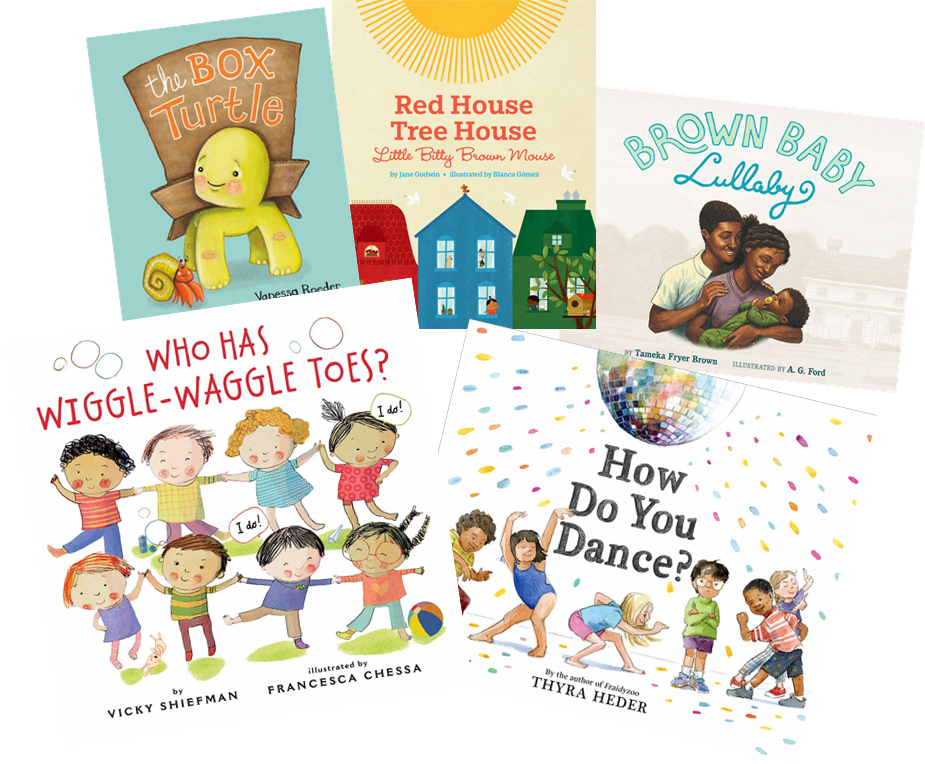 Voting is limited to children who live in Indiana and who are under age 6 as of July 31. It is expected that most Indiana children will require help from a parent, caregiver or librarian. Children should circle their favorite Firefly nominee on their ballot and turn it in to their local voting location. This year, every public library system in Indiana will receive 15 print copies of the ballot and six sheets of Firefly stickers for marking nominees and winning titles. Packets of printed materials should arrive by late February or early March. Tallies will be accepted through July 31 and the award winner will be announced on Aug. 9. Voting locations should tally the votes and send them in an email to the Indiana Center for the Book.

The Indiana Center for the Book will be releasing a program guide by March 1. The calendar year for the Firefly Award changed last year as a result of the COVID-19 health crisis. The award nomination period now runs through the summer, allowing librarians to do Firefly programs throughout the run of their summer reading programs.

Click here for a PDF version of the ballot. Click here to learn more about the award.

The committee would like to thank TeachingBooks who supported printing and who put together additional Indiana Early Literacy Firefly Award book information.

Please contact Suzanne Walker, director of the Indiana Center for the Book, with any questions. 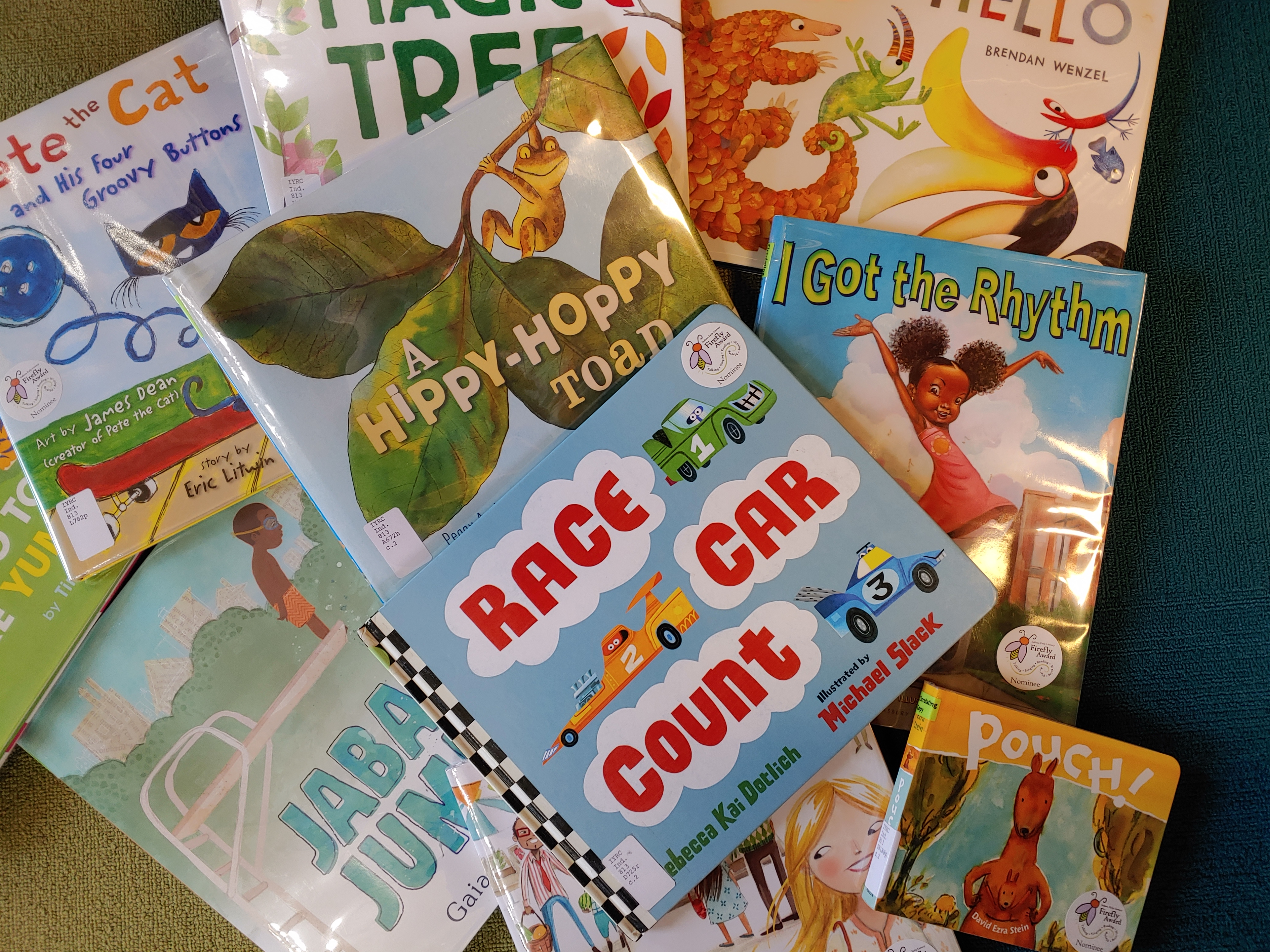 Indiana library workers may nominate pictures book for the award from June through October 1 each year. What does that mean? That means that we need your nominations! Have you read a fun picture book in your storytime? Have a book that makes you laugh every time you read it? Noticed a popular picture book the kids are loving this summer?

If you work with youth in a library, either in a school or in a public library, you are eligible to nominate as many titles as you wish. Nominating is easy. Just send an email to the Indiana Center for the Book. Include in your email: title, author, illustrator and publication date.

Criteria for book nominations are as follows:

• Must be published by July 1st of the current year, or any time in the previous year and still be in print. currently, this ranges from Jan. 1, 2018 to July 1, 2019.
• Possess strong child appeal.
• Demonstrate three or more of the five practices of Every Child Ready to Read®: talking, singing, reading, writing and playing.
• Have artistic quality with text that supports the illustrations or a compelling narrative provided by illustrations.
• Diversity and inclusion are encouraged.

The nomination pool will be narrowed down to five titles by the Indiana Early Literacy Firefly Committee by January 2020. Ballots will be released and votes will be accepted until early May. More information on ballots and how to vote will be available in early 2020.

For more information about the Indiana Early Literacy Firefly Award, visit our website.

This blog post was submitted by the Indiana Young Readers Center.

The race is on! There are five picture books nominated to win the Indiana Early Literacy Firefly Award. Voting is happening now until May 15, 2019. Libraries all over Indiana are having storytimes, collecting votes from voting stations and making special visits to preschools and child centers to help determine which of the five titles will take home the prize.

The five books were chosen from a list of titles nominated in 2018 by librarians all over Indiana who work with children. A committee of librarians chose these five books from over 30 nominated titles, primarily because the books are really good at getting children to talk, sing, read, write and play. 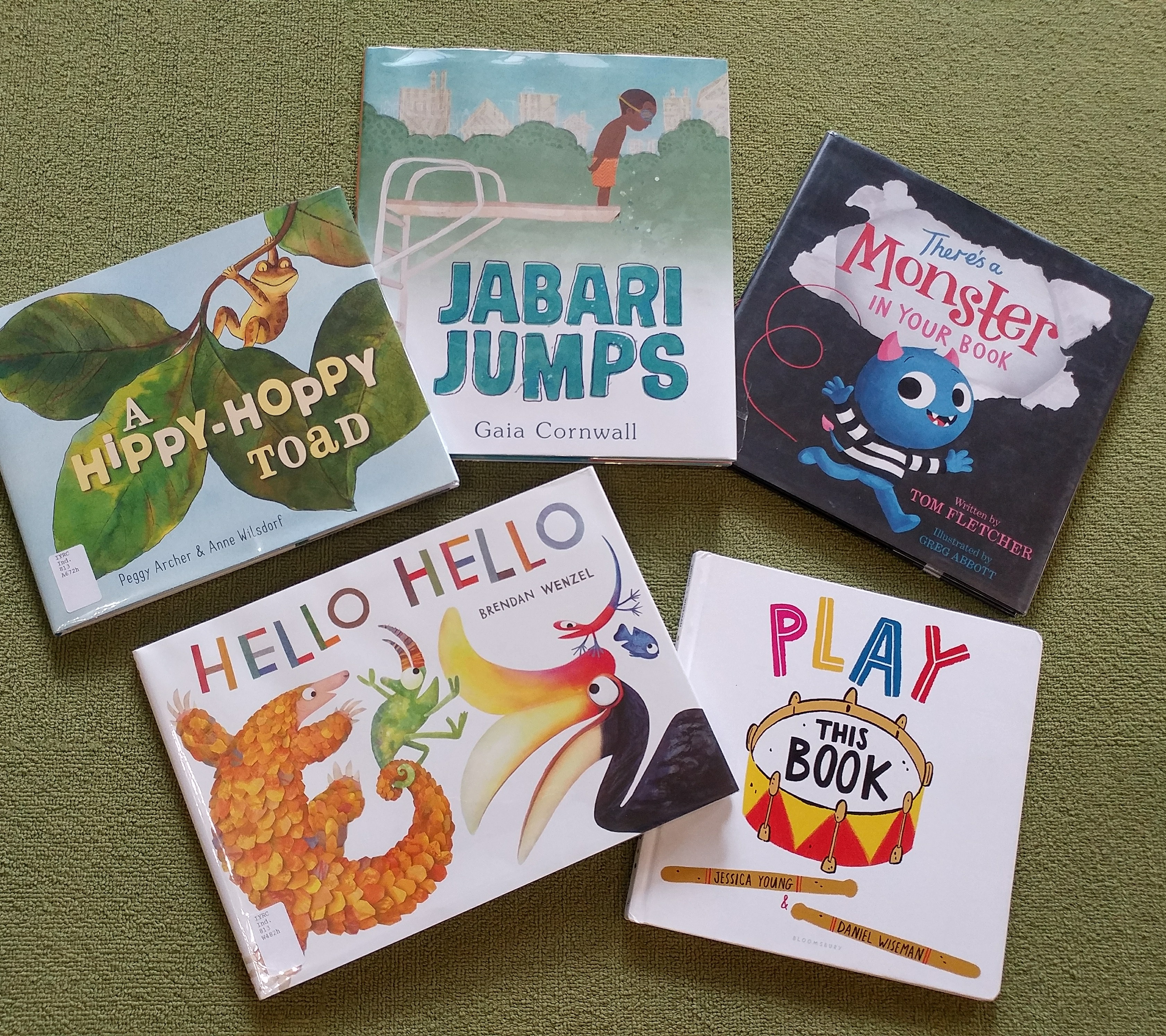 Ruth Fraser, the branch manager at the Klondike Branch of the Tippecanoe County Public Library loves the Firefly Award. “I love that it encourages caregivers to engage with the youngest learners, and gives kids the opportunity to have a say in their favorite books. It teaches parents how to nurture the important voices of their children.” The ballot for the award can be found here. Votes can be turned into the Indiana Center for the Book until May 15.

The Indiana Center for the Book is hoping for a record number of votes for 2019, as this is the fifth year of the award. “Five is an important milestone for children, and an important one for us,” said Suzanne Walker, director of the Indiana Center for the Book. “At five children can do somersaults. They can use a fork and a spoon and they can even rattle off their name and address. Now that the award is five, I’m hoping that every children’s librarian in Indiana knows about it and will turn in votes from their community.”

The award will be announced on May 17, 2019. For more information, visit the Firefly website here.

This blog post was submitted by the Indiana Young Readers Center. This year, I’m particularly excited that two books by Indiana authors are included: “Race Car Count” by Rebecca Kai Dotlich and “Best in Snow” by April Pulley Sayre. Both these books are quintessentially Indiana in two very different ways. Dotlich’s counting concept book covers the exciting Indy-centric topic of motor sports, while never directly stating anything specific to the Indy 500. A fun addition is the back matter, where she introduces the reader to her cast of characters, a remarkably diverse cast, considering they are race cars. Sayre’s book, the only nonfiction book on the list, is illustrated by crisp photographs of Indiana wildlife and landscapes draped, frosted and dusted with snow. “Best in Snow” continues Sayre’s work of introducing science and nature concepts to young children in rhyming chant. Along with the two Indiana books, the 2017 Firefly ballot is rounded out by animals, music and interactivity. “Grumpy Pants” by Claire Messer shows children that even if they wake up feeling grumpy, they can be the boss of their own emotions and take actions to turn their feelings around. “Don’t Wake Up Tiger!” by Britta Teckentrup is an invitation to interactive play, as children are invited to pet, stroke and sooth Tiger to keep her asleep. “Music Class Today!” by David Weinstone is the most diverse book on the list, picturing a mustachioed male guitar player leading a group of racially-diverse children and their care-givers in a rousing session of music class complete with rhythm and repetition. I want to encourage libraries in Indiana to collect these five books, present them to children ages 0-5, and their caregivers, and give the children a chance to vote on their favorite. Voting information can be found here and can be done in a variety of ways. Some libraries create little voting booths for this program and others just have the children vote by a show of hands.

All library systems in Indiana will receive 15 copies of the ballot courtesy of TeachingBooks.net and are welcome to make more copies as needed or to print off additional copies of the ballot from the Indiana Early Literacy Firefly Award website. TeachingBooks.net has also partnered with us to collect some resources for each book to assist in programming and sharing.

It’s an exciting time for the Firefly Award! Now begins the long wait through spring to see which book will win.

Submitted by Suzanne Walker, supervisor of the Professional Development Office at the Indiana State Library and co-director of the Indiana Center for the Book. first years of the life of a child. The purpose of this award is to encourage parents, caregivers, and very young children to interact together with exceptional picture books.

Indiana librarians may nominate picture books for the award from June through October 1st each year. What does that mean? That means that we need your nominations now. Have you read a fun picture book in your storytime?  Did you run across a winner during your Summer Reading Program? Have a book that makes you laugh every time you read it? END_OF_DOCUMENT_TOKEN_TO_BE_REPLACED