This is the time of year for all sorts of celebrations. The most widely-recognized holidays in America during this time of year include Hanukkah, Kwanzaa and Christmas.

Hanukkah is a Jewish festival that celebrates the rededication of the Second Temple of Jerusalem after a successful 165 B.C. revolt against a king who had outlawed the Jewish religion and its practices, and who decreed only Greek gods could be worshiped in the Temple. Hanukkah is celebrated with certain foods, games, gifts and the lighting of a candle for each day of the eight-day celebration. The symbol most widely associated with Hanukkah is the hanukkiah, a candle holder that holds nine candles, one for each of the eight-day celebration and a “helper-candle” which is used to light the others. It is more commonly referenced as a menorah. 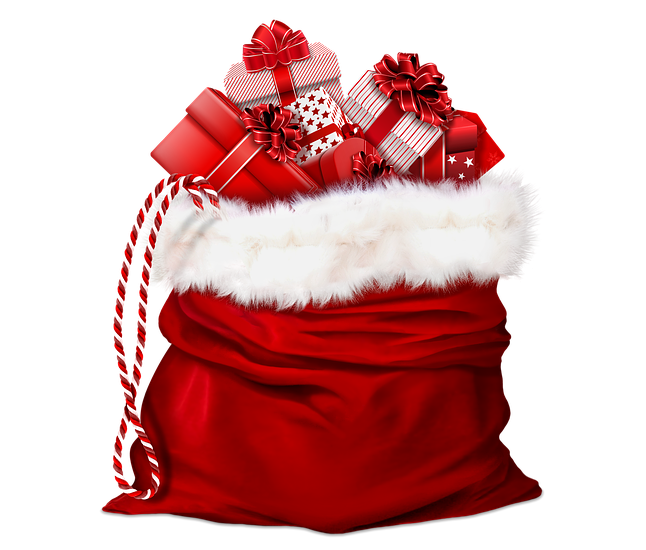 Kwanzaa is a seven-day festival that celebrates African and African American culture. Each day of the celebration is dedicated to one of seven principles: unity, self-determination, collective responsibility, cooperative economics, purpose, creativity and faith. It is not intended to be a political or religious holiday. Kwanzaa is celebrated by festivities that include decorating, singing, dancing, gifts and a large feast on the last day. The symbol most widely recognized in relation to Kwanzaa is the kinara, a candle holder that holds seven candles, one to be lit on each day of the celebration.

Christmas is traditionally a Christian festival that celebrates the birth of Jesus, a person most Christians believe is the son of God. However, in more recent years, Christmas has become a more secular holiday celebrated by both Christians and non-Christians with festive decorations, singing, parties and the exchange of gifts. Symbols most commonly associated with Christmas are the Christmas tree, Santa Claus and nativity scenes depicting baby Jesus.

Undoubtedly, the holiday most obviously on display right now is Christmas. You can hardly leave your house without evidence of the upcoming Christmas holiday on display all around you. Many homes and businesses are decorated with pretty lights, wreaths, garlands and Christmas trees. Many cashiers and salespeople are wishing us Merry Christmas as we conclude our business with them. With Christmas being so popular, what could possibly be the issue with our local public library joining in the festivities?

The dilemma lies in the fact that Christmas is still considered by many in our country to be a religious Christian holiday. The establishment clause – found in the first amendment of the U.S. Constitution – prohibits government from making any law establishing a religion. It is widely established through numerous court cases that the establishment clause further prohibits government actions that promote, endorse or favor one religion over another. Thus, many have argued that taxpayer-funded government entities should not celebrate or decorate for Christmas because it promotes Christianity. Several U.S. Supreme Court cases have discussed the issue of Christmas displays on government property and the result appears to be that government can recognize and even decorate for Christmas, as long as it is done primarily from a secular perspective and not in a manner that promotes or endorses religion.

In the 1971 U.S. Supreme Court case of Lemon v. Kurtzman (403 U.S. 602), the Court established a three-part test to analyze if government behavior violates the establishment clause. In using the “Lemon” test to analyze a holiday display, the Court would look at (1) whether the primary purpose of the display is secular in nature, (2) if the display either promotes or inhibits religion and (3) if there is excessive entanglement between church and state. Accordingly, the analysis into whether a particular government holiday display constitutes an impermissible violation of the establishment clause is a fact-based analysis that could result in different outcomes depending on the nature and contents of the display.

In Lynch, the city of Pawtucket, Rhode Island was sued due to the city’s inclusion of a nativity scene in its annual Christmas display at a local park. In addition to the nativity scene, the city’s display included a Santa Claus house, a Christmas tree, reindeer pulling Santa’s sleigh, candy striped poles, carolers, cut out animal figures, hundreds of colored lights and a banner that read, “Seasons Greetings”. The city was sued just for inclusion of the nativity scene. The city lost both at the U.S. District Court level and upon appeal and was prohibited from using the nativity scene in its Christmas display. However, the U.S. Supreme Court overturned those rulings and held the city’s display did not violate the establishment clause. The Supreme Court held, in part, that when a nativity scene is included as one component of a Christmas display for the purpose of celebrating the holiday and depicting the origins of the holiday, those were legitimate secular purposes. The Court further held it did not believe the display was a purposeful advocacy of a particular religious message which would violate the establishment clause and any benefit to any particular religion was “indirect, remote and incidental”. The Court additionally held that there was no excessive entanglement between religion and state resulting from the city’s ownership of the nativity scene and inclusion of the scene in its annual Christmas display. There was no evidence the city had been in contact with any church about the content or design of the exhibit prior to or after the city’s purchase of the nativity scene. No expenditures for maintenance of the nativity scene was necessary and any tangible material the city contributed was minimal. The Court explained in great detail how church and state cannot and have never been completely separate from each other. As one example, the Court brought attention to the fact that there are government funded art exhibits that include famous religious scenes such as “The Last Supper” and “The Birth of Christ.” Generally, the Court will invalidate government action where that action was motivated wholly by religious considerations and where no secular purpose is evident. (Stone v. Graham 449 U.S. 39 (1980)). The Lynch decision was a split decision, however, with five of the justices believing Pawtucket’s use of the nativity scene was constitutional and four believing it was not.

In the Allegheny case, the city of Pittsburgh and Allegheny County – both in Pennsylvania – were sued due to two recurring holiday displays on public property that depicted religious symbols. The first display was a creche – model or tableau representing the scene of Jesus’ birth – inside the main, most beautiful, public part of the county courthouse. The creche was displayed on the grand staircase of the courthouse and was surrounded by traditional Christmas greens. The creche was donated by the Holy Name Society, a Roman Catholic group, and included a sign stating such. Included in the creche itself was a picture of an angel and the words, “Gloria in Excelsis Deo!” which means “Glory to God in the highest!” The U.S. Supreme Court found this to be an unconstitutional display mostly because the creche itself was the focal point of the display and there was nothing to detract from the patently religious (Christian) meaning and message. This is a stark contrast to the Lynch display which included primarily secular symbols.

The second Allegheny holiday display was outside the city-county building and was an 18-foot-tall menorah standing alongside a 45-foot-tall Christmas tree. The mayor’s name was on a sign at the base of the Christmas tree along with the words:

“Salute to Liberty. During this holiday season, the city of Pittsburgh salutes liberty. Let these festive lights remind us that we are the keepers of the flame of liberty and our legacy of freedom.”

The menorah is owned by a religious group but is stored, erected and removed each year by the city. The Court held in this instance that in the context of the display as a whole, the Christmas tree was the primary focal point, not the menorah, and Christmas trees are largely considered secular Christmas symbols. The Court further felt that the sign saluting liberty further detracted from any possible religious meaning behind the display. The Court determined that the display was a culturally diverse permissible recognition that Christmas and Hanukah are both part of the same winter holiday season. Allegheny was also a split Court decision on both issues.

Note that the above doesn’t address the situation where a private individual or group wants to erect a religious display on government property, but rather if the government itself is the sponsor of such a display. Generally, if a public entity allows a private individual or group to erect a temporary display of some kind on public property, a public forum is opened and restrictions on other individuals or groups who want to erect displays in that space must typically be limited to time, place and manner and, for the most part, should not be content based. To the extent restrictions are based on the content of the display, such restrictions must be necessary and narrowly tailored to serve a compelling state interest.

Disclaimer: This blog article should be considered general information and should not be construed as legal advice. The article is a high-level overview of some of the considerations a court will look at when analyzing the constitutionality of religious symbols in a government display. The reader should not act on the information contained herein but rather should act on the advice of his/her own legal counsel.

Resources consulted for this article include: