Gleason began her library career as a librarian at Fisk University. She later worked in Louisville, Kentucky as a librarian at the Louisville Municipal College for Negroes, currently known as Simmons College of Kentucky. She also worked at Talladega College in Alabama.

In 1940, Gleason received her doctorate degree in library science from the University of Chicago. Her dissertation was “The Southern Negro and the Public Library.” She later published her dissertation in 1941 as a book, which the Indiana State Library is fortunate to have in its collection. 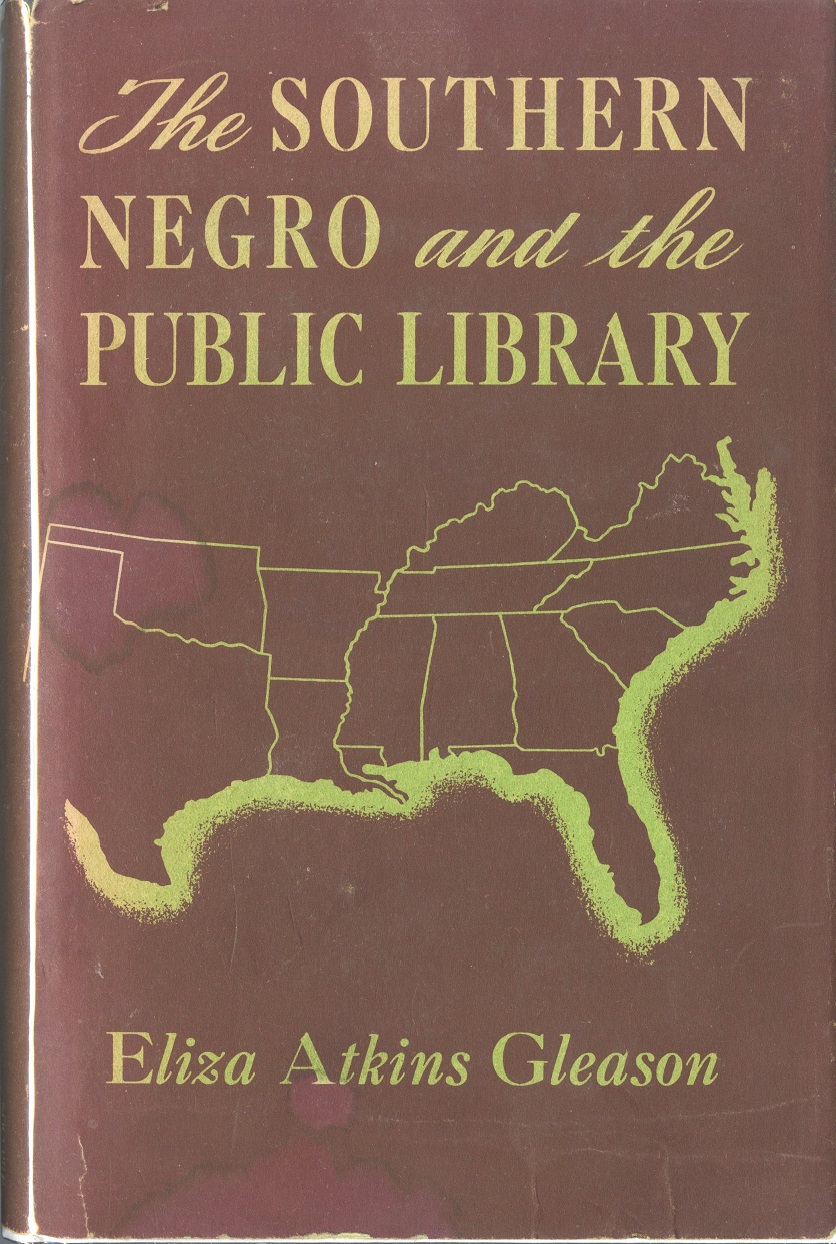 “The Southern Negro and the Public Library” by Eliza Atkins Gleason ISLM 027.6 G554

She served as the dean of the Atlanta University Library Science Program from 1941-46. After that, she worked at the Chicago Public Library, Chicago Teachers College, Woodrow Wilson Junior College, Illinois Teachers College and the Illinois Institute of Technology. She also taught library science courses at Northern Illinois University.

The ALA Library History Round Table has a research award named in her honor, The Eliza Atkins Gleason Book Award. This award is given every three years for the best books written about library history:

Gleason was inducted into the University of Louisville’s College of Arts and Sciences Hall of Honor in 2010. A video of the ceremony is available on YouTube.