The 2020 census data for congressional apportionment – released every 10 years – is due to be released one month from now, on April 30. The Census Bureau will deliver official 2020 census counts to the president on this date so these numbers can be used to determine the number of representatives each state receives in the U.S. House of Representatives. For the method used in determining these figures, see the Census Bureau’s Computing Apportionment. This year, the delivery date was extended due to COVID-19. You can find details about changes to the timeline on the Census Bureau’s website. Typically, congressional apportionment numbers are due to the president on Dec. 31, following the decennial census, in accordance with the U.S. Constitution. A history of this process is available on the Proportional Representation webpage from the U.S. House of Representatives.

The 2020 Census is not the first census to be disrupted by national concerns. The Earth spins and the nation moves forward through time as the American people are counted every 10 years. Let’s take a trip back in time to the fourth U.S. census, in 1820, when census enumeration was planned to take place during the six-month period from August 1820 to February 1821. Back then, the nation was going through its first major economic depression following the Panic of 1819.

What was the Panic of 1819, you ask? Good question! Last week was the first time I’d heard of it, and it’s not until recently that current scholarship has caught up with history. I decided to start my research using our free online newspaper databases and by searching for journal articles using INSPIRE, the Indiana State Library’s free database resource.

Here is what I discovered:

Late last year, Scott Reynolds Nelson wrote in his Journal of the Early Republic article, “The Many Panics of 1819,” that the causes were several:

Fundamentally, a trade war between the United States and Great Britain triggered the crisis, and that trade war over the Caribbean produced many panics – in the New England shipbuilding industry, in the southern provisioning trade, in the plantations of the British Caribbean where enslavers increasingly faced a hungry workforce.

…Though the land office failures were important. The Land Office was effectively a mortgage bank, the biggest in the world. On the significance of the land office in the American South, see Daniel S. Dupre, Transforming the Cotton Frontier: Madison County, Alabama, 1800–1840 (Baton Rouge, LA, 1997). Farmers borrowed on a four-year mortgage from the land office, a competitor to the Bank of the United States created by Jefferson’s Democratic Party. The rapid drop in provision prices led farmers to fail and abandon their mortgages and lands.

Additionally, Jessica M. Lepler explained the nationwide effect last year in her article, “The Panic of 1819 by Any Other Name:”

…North and South, East and West, urban and rural, young and old, male and female, bound and free, the hard times were national. This was no single-year crisis; the Panic of 1819 lasted about a decade.

These two authors were part of a 2019 panel discussing the subject.

Historical evidence can be collected here at the State Library through primary and secondary sources. Newspaper articles, history books and other ephemera explain how the 1820 census was affected by the economic state of the nation at the time. The 1820 census itself was extended by an extra seven months, until September of 1821. At the time, the United States would have been in recovery from fallout due to its first major economic crisis. 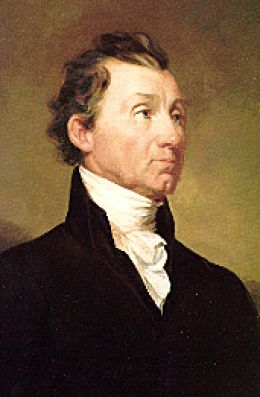 Two centuries apart, the 1820 Census and the 2020 Census, and in both cases the process of the census was affected by major events impacting U.S. society.

As the pandemic draws closer to a solution and more people become vaccinated, we’ll see more books and articles written that compare our recent experiences to past events. The State Library has many resources that can help us delve into census history, both published and unpublished.

Visit our library to do research in the State Data Center Collection by calling us at 317-232-3732 to make an appointment. You can also use online resources like INSPIRE and the Census Bureau’s elaborate history website. Call or email the State Data Center for assistance. We are here to help you discover census history!

1 thought on “Discovering census history at the Indiana State Library”