Charles Harris “Doc” Kuhn was not a native Hoosier, but much of his career as a cartoon artist occurred during his more than 40 years of residence in Indiana. He was born in 1892 in Prairie City, Illinois and studied at the Chicago Academy of Fine Arts. He worked for the Chicago Journal and the Rocky Mountain News in Denver before joining the staff at the Indianapolis News in 1922 as an editorial cartoonist. Here’s one of his first cartoons for the News: 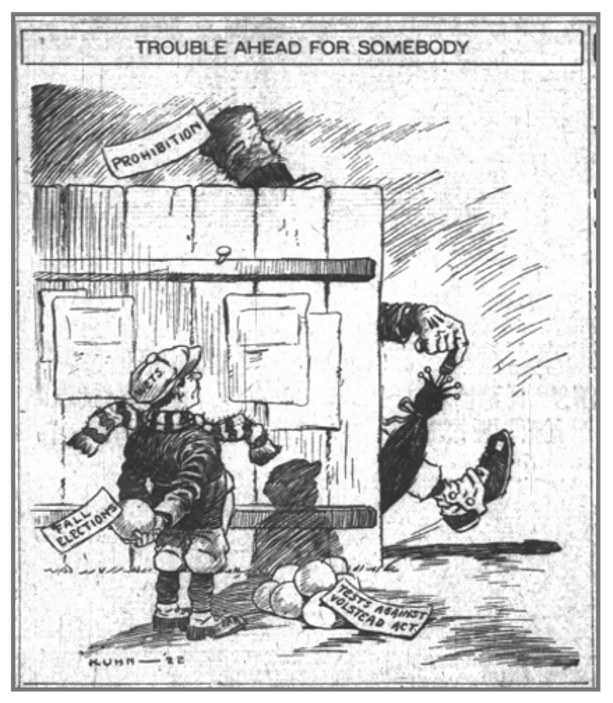 If you are an adult of a certain age, you probably remember advertisements for drawing contests like this one:

In 1934, the Indianapolis News offered its readers a chance to get free drawing lessons created by Kuhn. A coupon like the one below was printed each day in the newspaper. After clipping six coupons, readers could send them in to receive a chart containing two lessons. The lessons continued for 10 weeks, for a total of 20 lessons. 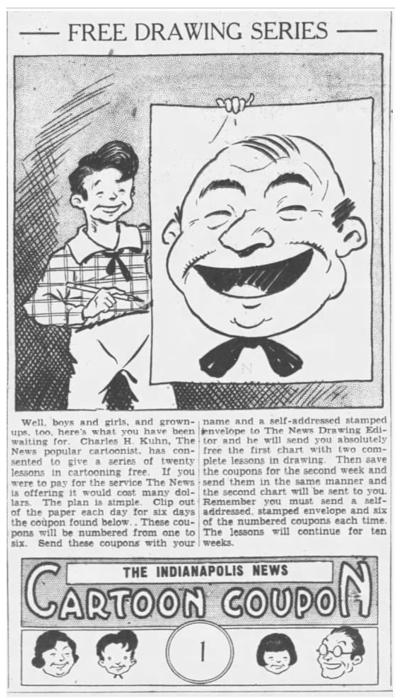 With cold weather and continued social distancing, this winter might be a great time to try your hand at learning to draw cartoons. The Rare Books and Manuscripts Division has digitized all twenty lessons and they available to view and download here. 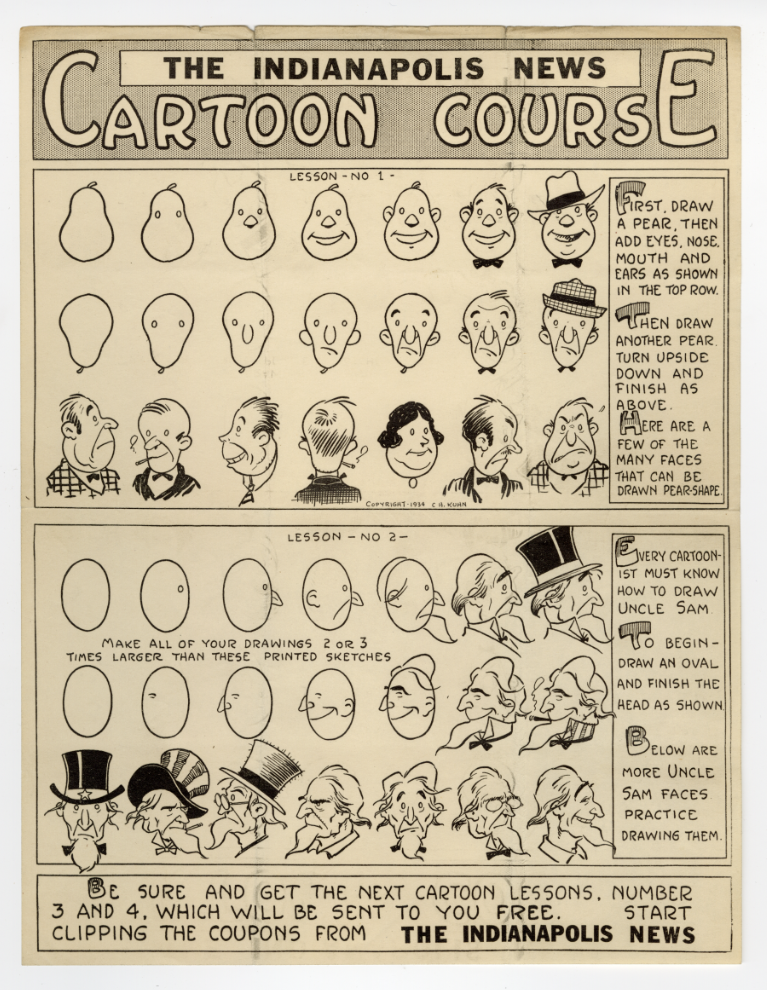 For 25 years, Kuhn’s editorial cartoons appeared in the Indianapolis News. He was often quoted as saying that “the main thing in a cartoon is the idea. If you haven’t got a good idea, you’re just drawing a pretty picture. Political cartoonists have to read all the time and keep up with current events.” 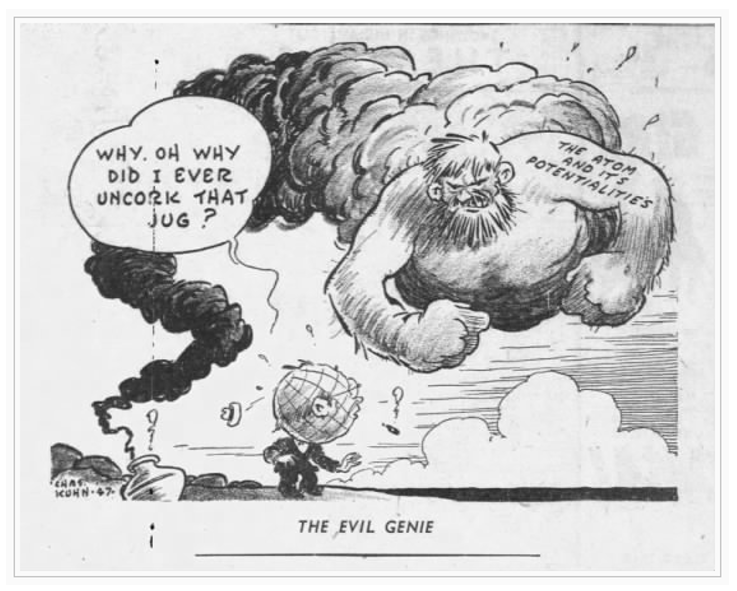 He left the Indianapolis News in 1947 and began creating comic strips for Richardson Feature Service of Indianapolis. His drew a two-column panel called “Hoosier Life” (published as “Sparks of Life” in newspapers outside of Indiana) and it ran for a couple years. 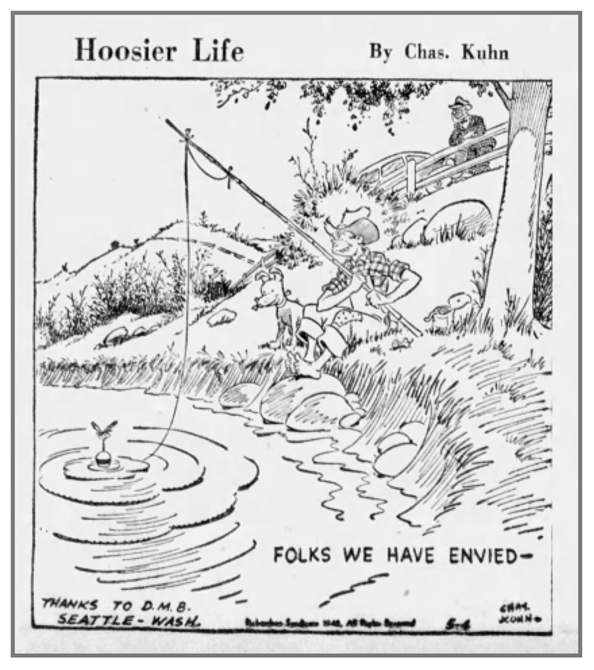 Indianapolis Star, May 4, 1948. Available from Newspapers.com. 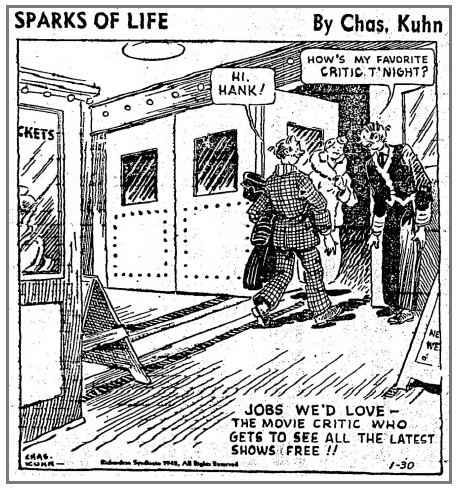 Kuhn is best known for his “Grandma” comic strip. Originally published using his middle name, Harris, he went back to signing his work as Chas. Kuhn after King Features Syndicate picked it up in 1948. 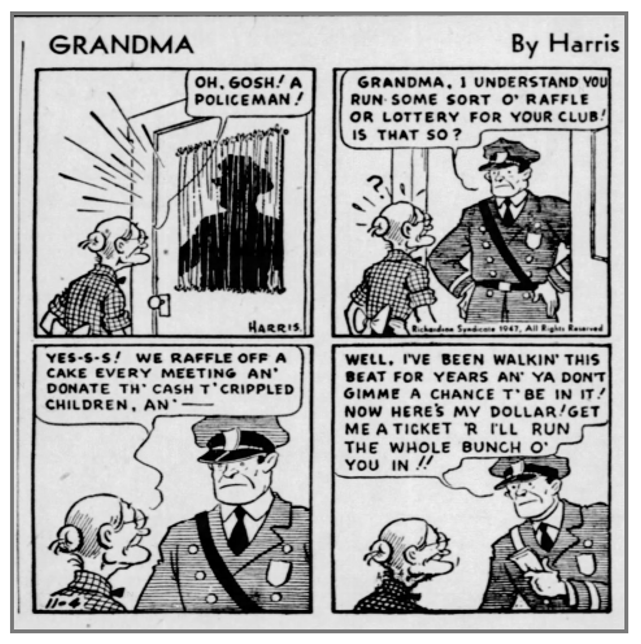 According to the World Encyclopedia of Cartoons, his “Grandma” comic depicted the adventures of a “tomboyish, mischievous old lady who was a friend to the neighborhood boys.” His own mother was his model for Grandma, and he noted that she “was always full of pep and vigor. One time at 75 years of age, she dressed up in my old Navy uniform, danced a jig and played a piece on her French harp just to help the neighborhood kids put on a backyard show.” He also credited his wife, Lois Stevens Kuhn, with supplying many of the ideas for the comic strip.