This is the first part of an ongoing series of webinars and blog posts discussing ways that libraries can benefit from Pokemon Go. Is your library a location in Pokemon Go? Please let us know by filling out this short survey.” 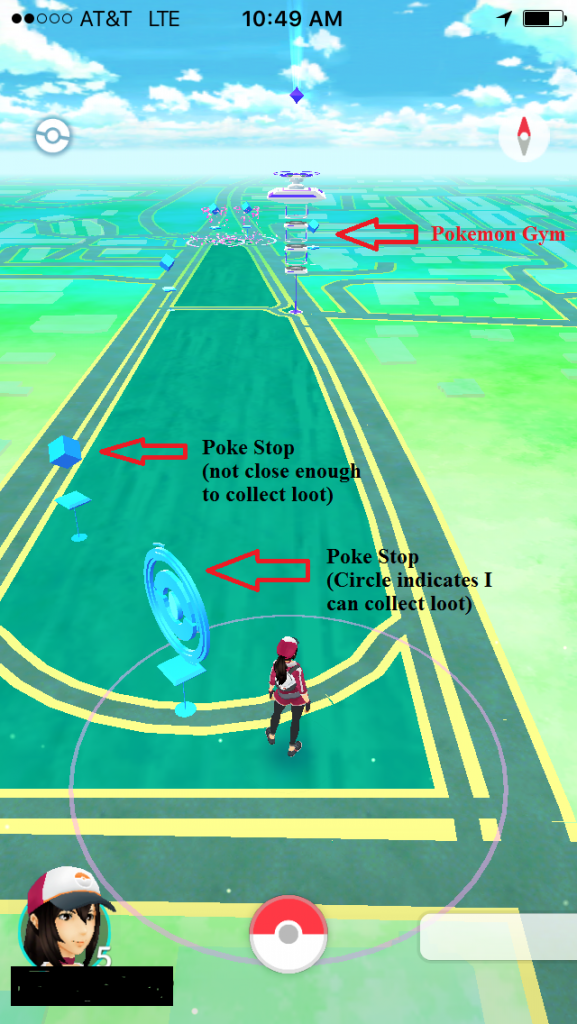 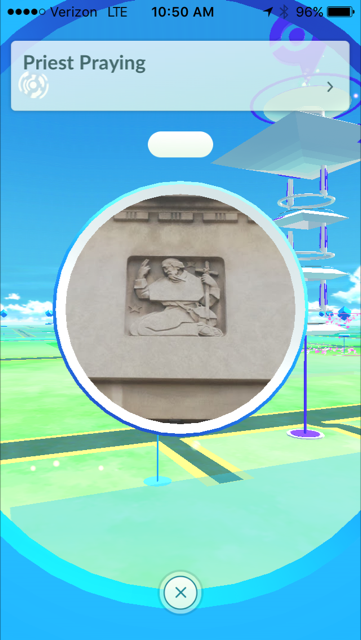 The first time you access the map in Pokemon Go you will notice that there are two different types of location markers to designate whether a location is a Poke Stop or a Gym.  The smaller markers are Poke Stops and they will usually have a square hovering above them.  If there is a circle above a Poke Stop, it means that you are close enough to retrieve loot from that stop. Players can visit these locations to collect eggs that can be hatched to release baby Pokemon or the ever important Poke Balls which are used to collect Pokemon.  The larger markers are Gyms.   In previous versions of the Pokemon game, players could battle against the gym’s leader and if victorious they would receive a new badge making their victory.  In “Pokemon Go”, similar to Ingress, players can battle to take control of a gym for whichever team or faction that they are playing for.

How Were Game Sites Chosen?

Pokemon Go was developed by Niantic, the created of the popular augmented-reality multiplayer game, Ingress.  Much like Pokemon Go, Ingress is a game of geolocation.  Players must travel to specific locations to capture portals, which link with other captured sites to form zones controlled by whichever faction holds these points. There are 2 types of Lures, Lure Models which effect a location and lure incense which only work on a player. Both are expire 30 minutes after deployment.

Some of the first portals in Ingress were based on sites with historical or cultural significance, such as The Washington Monument or prominent museums.  Other locations were chosen based on geo-tagged photos from Google.  For example, you may not be interested in the “Considerable Corn” a 25 ft. tall fiberglass corn sculpture, but because there are so many tourist photos uploaded to Google it would make a prime location for an Ingress portals

If you haven’t done so already, you may want to download the Pokemon Go app on a mobile device and check to see if any of your library locations were lucky enough to make it into the game as a Gym or Poke Stop.  You will need to be in or near your location to see it on the map.

If you weren’t lucky enough to be one of the original locations in the app for the US release, Niantic is now taking suggestions for new Poke Stops and Gyms. If you would like to suggest your library or other alternate locations, simply fill out and submit the form that can be found at this link.

How can libraries benefit from Pokemon Go?

Although Pokemon Go is still new, libraries can easily join in on the fun and connect with players.  Many libraries have already begun to blog, tweet, and post updates on their social media accounts to advertise their status as a Poke Stop or a Gym.  This can easily be used to promote Pokemon-related collections by creating displays throughout your library. The Skokie Public Library in Skokie, IL, happens to be a Poke gym and has already scheduled Pokemon Go Safaries for young patrons to provide a safe and monitored opportunity for young players to hunt in public spaces.  The program will end at the library’s Poke Gym, where kids can battle one another. There are 2 types of Lures, Lure Models which effect a location and lure incense which only work on a player. Both are expire 30 minutes after deployment.

If you’re fortunate enough to be listed as a location in the game, you can purchase lures from the Pokemon Go app to attract more players to your location. A lure will attract pokemon for 30 minutes.  There are 2 types of lures, incense and lure modules.  Incense will only work on the player that deploys it and will attract Pokemon for 30 minutes wherever they travel in the game, lure modules can be used on a Poke Stop to attract Pokemon to a specific Poke Stop for 30 minutes. Libraries considering using a lure should advertise it on social media before activating it, you could even schedule a daily drop of your lure an hour before your summer reading programs begin to attract more people inside the building.

You can add signage to the outside of your building advertising your location as a Poke Stop or Gym.  The app is known to quickly eat through batteries and data, so advertising your charging stations and wireless access can easily attract players looking to re-charge or hunt Pokemon in an air conditioned environment.  By inviting people inside, you may also be given opportunities to register new patrons for library cards.

Although Pokemon is quite popular with young children, many millennial who grew up playing the games and watching the animated series have also experienced a renewed interest in Pokemon through the app.   Since its release on Thursday the app has quickly surpassed Tinder to become the most popular app on the Apple app market and many of those downloads were from the ever elusive 20-40 year old age range.  Creating targeted programs for this age range could help your library “catch them all”.

Is your library a location in Pokemon Go? Please let us know by filling out this short survey.

If you are interested in learning more, please register for our new webinar: Pokémon GO @ Your Library!

To register: Visit our Evanced calendar or the event registration page at: https://instlibrary.adobeconnect.com/pokemongo/event/registration.html