Over the course of its long history, many book donations have come to the Indiana State Library and have been incorporated into the collection. These books often contain personal inscriptions, decorative bookplates or other ephemera from previous owners.  A first edition of the novel “The Cost,” authored by Hoosier David Graham Phillips and published by Bobbs-Merrill in 1904, bears the following handwritten note on the inside cover:

“This book traveled all over Italy, France, Switzerland, Germany, Belgium and Holland, 1913.” 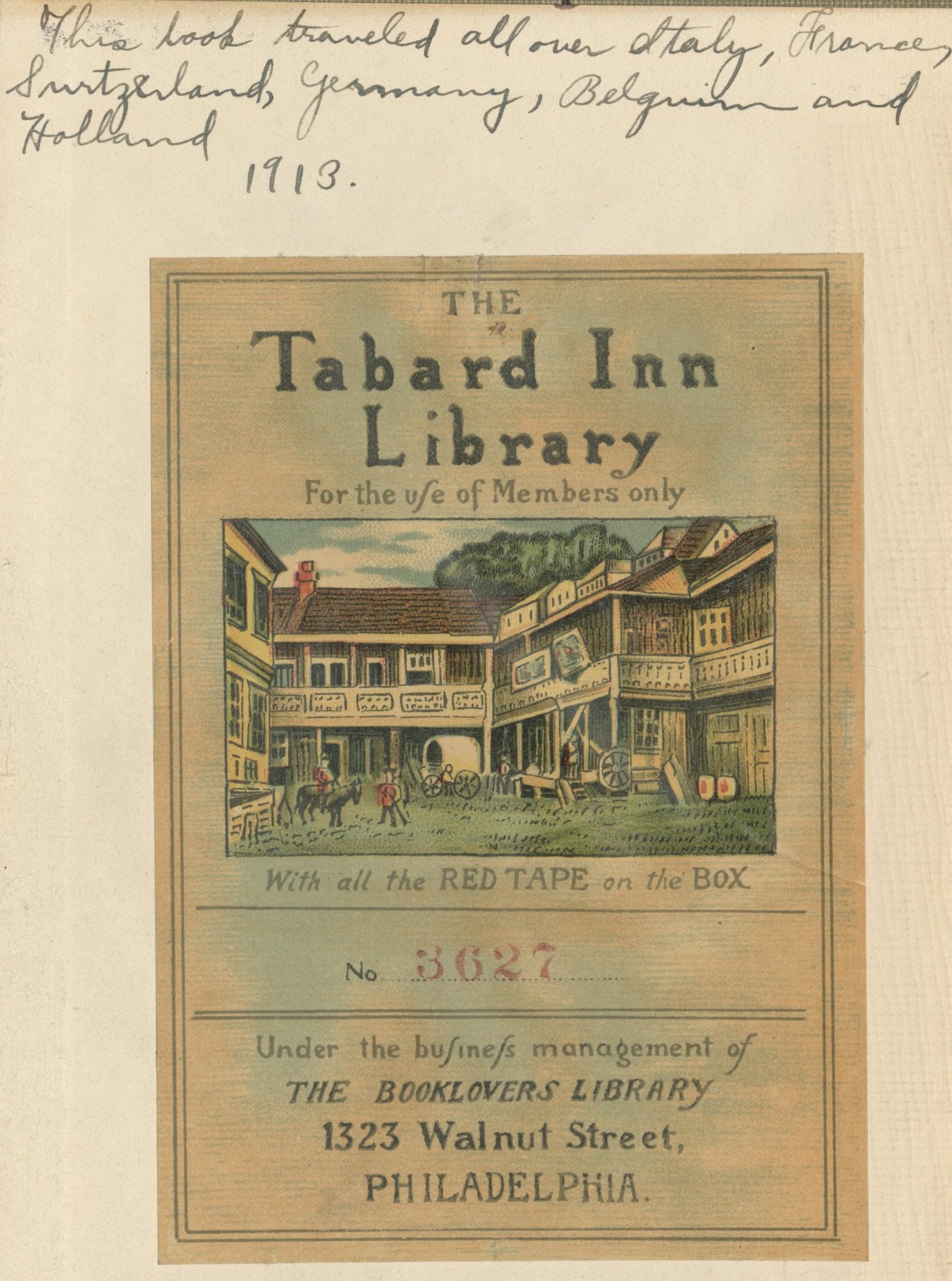 It also has a colorful bookplate for something called The Tabard Inn Library. The Tabard Inn Library was a membership library founded in 1902. For a fee, people could obtain a membership which would allow them to borrow books from designated book stations throughout the country, many of which were located in public places such as stores. Members could exchange an old book for a new one by depositing five cents into the book station. The books were encased in black cardboard bearing distinctive red bands on the spines, hence the company’s motto: “With all the RED TAPE on the BOX.” 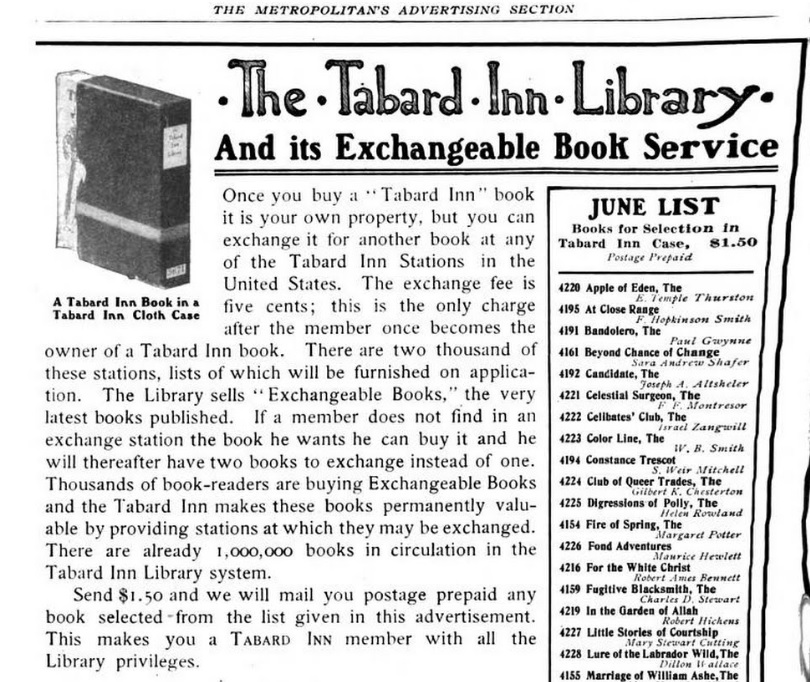 A magazine advertisement for the Tabard Inn Library program from 1905.

It is tempting to imagine the original owner of this book selecting it from dozens of other titles at a Tabard Inn book station located in a hotel lobby prior to embarking on their European adventure.

For more information on the Tabard Inn Library venture, including pictures of the book stations, visit here.

The Library of Congress has an entire special collection of books that, like ISL’s copy, were once part of the Tabard Inn program.