We found an uncatalogued film in our vault! Without a working reel-to-reel player, we were left just staring at the reel, which is probably why it was stored away at the time.  Happily, our amazing film volunteer, Brian Wells, was able to digitize the film. Turns out it’s a television program from 1960 called, “Ladies Speak Up” – an Indiana Republican booster program for women voters which aired in the months leading up to the election in November of 1960. The hosts asks the women to vote, bring their neighbors to vote and reminds them to vote for Richard Nixon and Crawford Parker. 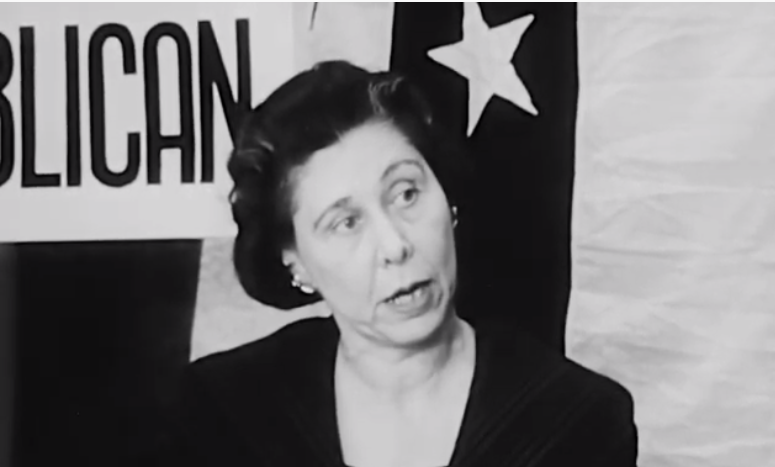 Parker was the Indiana Republican candidate for Governor in 1960. He was Lt. Gov. at the time, and former Indiana Secretary of State. He went on to lose this election to Matthew Welsh. Nixon also lost. 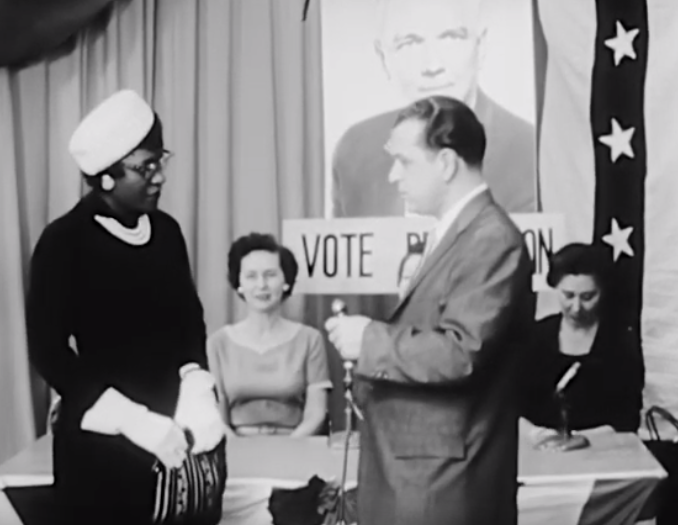 Parker seems stiff and this is definitely scripted to fit the paid programming slot, which was paid for by the Republican State Central Committee. The women in the audience chant on cue and have signs to hold up at the end of the program. There is a panel of six Hoosier women onstage, dressed in pearls, with handbags and hats. Of course, their questions are softballs lobbed at Parker. The issues? Flood control, tax reform, highway safety, education, mental health facilities and reapportionment of the General Assembly. 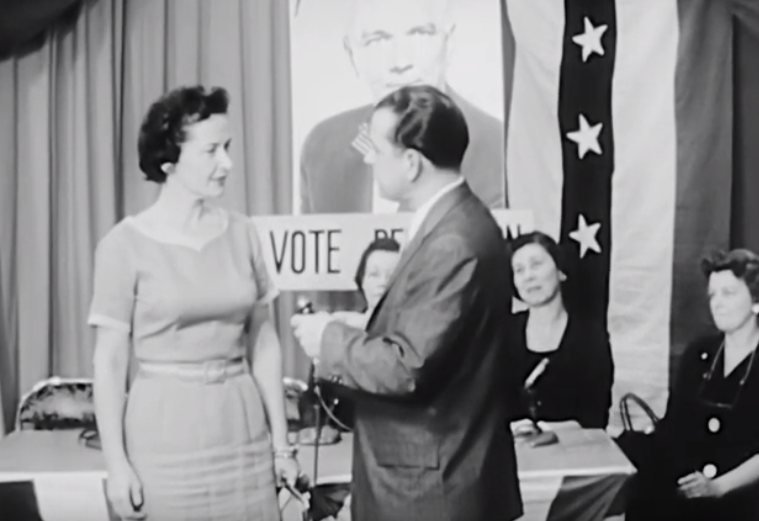 I think the women in the film are the real highlight here. Not for what they say, but their poise and presence is striking. Do you know these women? They are introduced as Helen Cox, the mayor’s wife from Peru; Julia Tindall, a doctor’s wife from Shelbyville; Peg Crowder, a PTA member with four children from Indianapolis; Betty Marr, former school teacher from Columbus; Fannie Posey-Jewell, bookkeeper and housewife; and Virginia Barst, from Ridgefield, Indiana.

Enjoy this bit of moving film and keep your eye out for more films as they are added to our Digitized Archives playlist on the library’s YouTube channel.