The earliest item in the collection is a booklet from the Indiana Division of State Police Auxiliary Committee and the National Movement for State Police, published on Jan. 1, 1921. This booklet was published to advocate the creation of a state police force and includes articles about other state police forces and how the force would help in Indiana. This was basically an advertisement to push for the creation of legislation that would form the Indiana State Police. A few months later, on July 15, 1921, the Indiana legislature created the Indiana Motor Vehicle Police, making them the first law enforcement agency in the state to have statewide jurisdiction to enforce traffic laws. Limited to 16 officers, the force was only tasked with enforcing traffic laws. 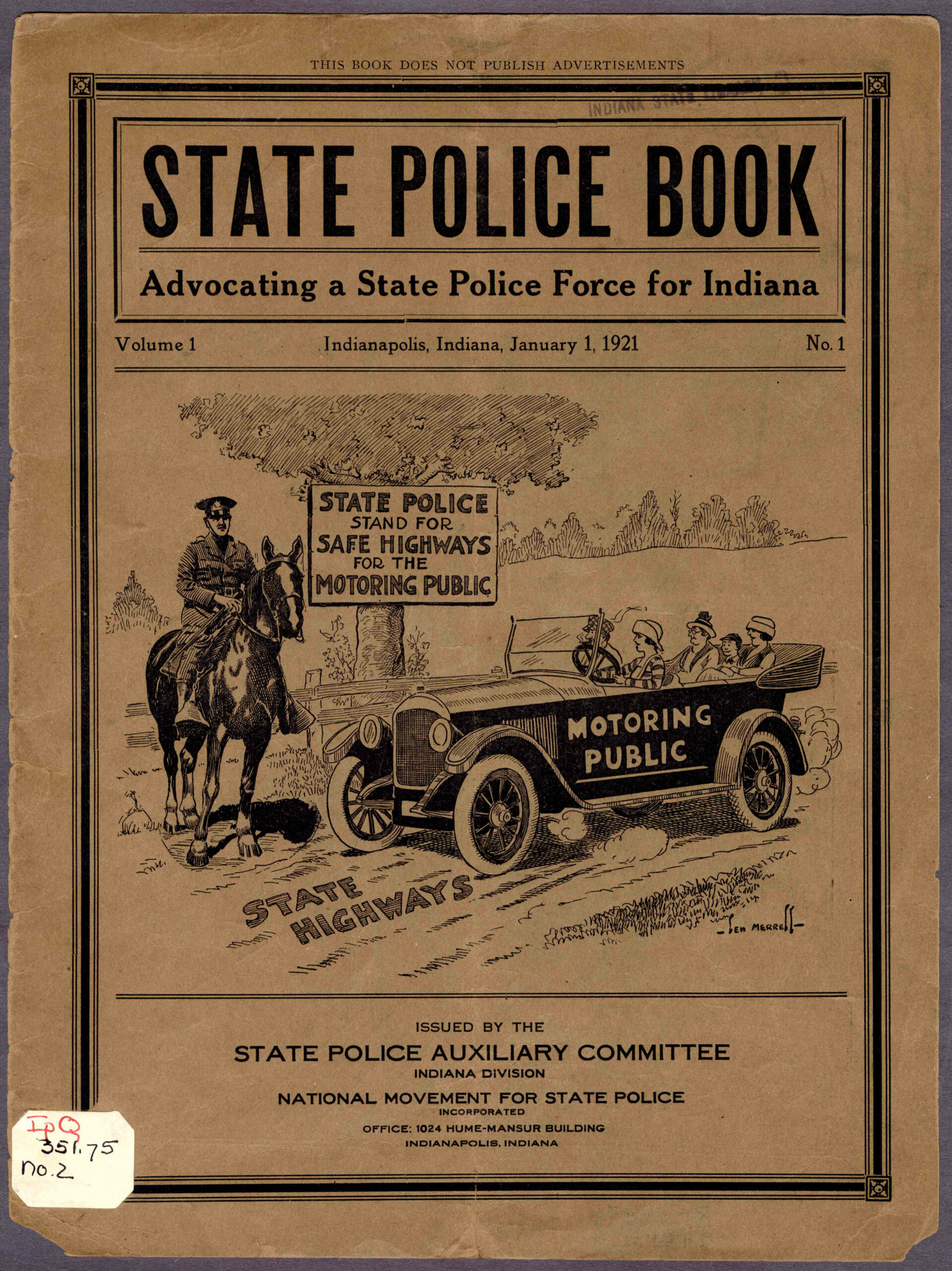 During the late 1920s, faced with the rise in crime, prohibition and the now infamous gangsters of the time, the Indiana State Police expanded in 1927 with the creation of three bureaus – one reported and recorded crashes, one conducted criminal investigations and one was the Bureau of Criminal Identification, which included fingerprint identification. In the early 1930s, Governor Paul McNutt overhauled Indiana’s government. Through the Executive Reorganization Act of 1933, he reorganized 167 state agencies into eight new departments, as well as consolidated the law enforcement bureaus into one agency, the Indiana State Police Bureau. You can read about the work of the State Police Bureau in a booklet covering the years 1921 to 1937, which includes chapters on all the bureaus’ divisions. 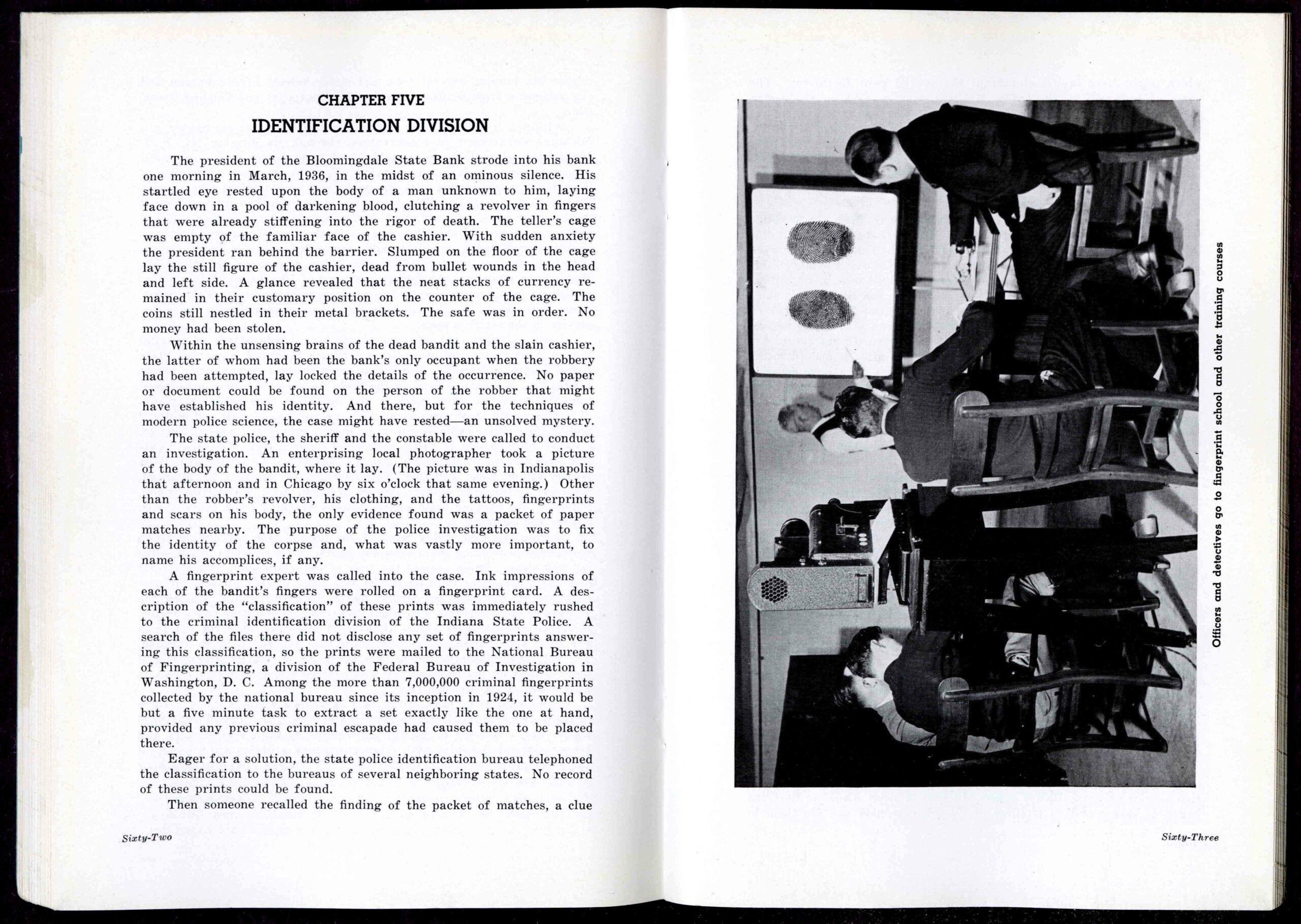 Among the items in the collection is a 1936 advertisement pamphlet, “For Your Security and Protection.” This pamphlet offers general information and an overview of the vehicle traffic laws in Indiana. “Security and protection, for the people is the fundamental motive underlying the operation of any police department. And so, security and protection for the people of Indiana is the goal of Indiana’s state police department.” 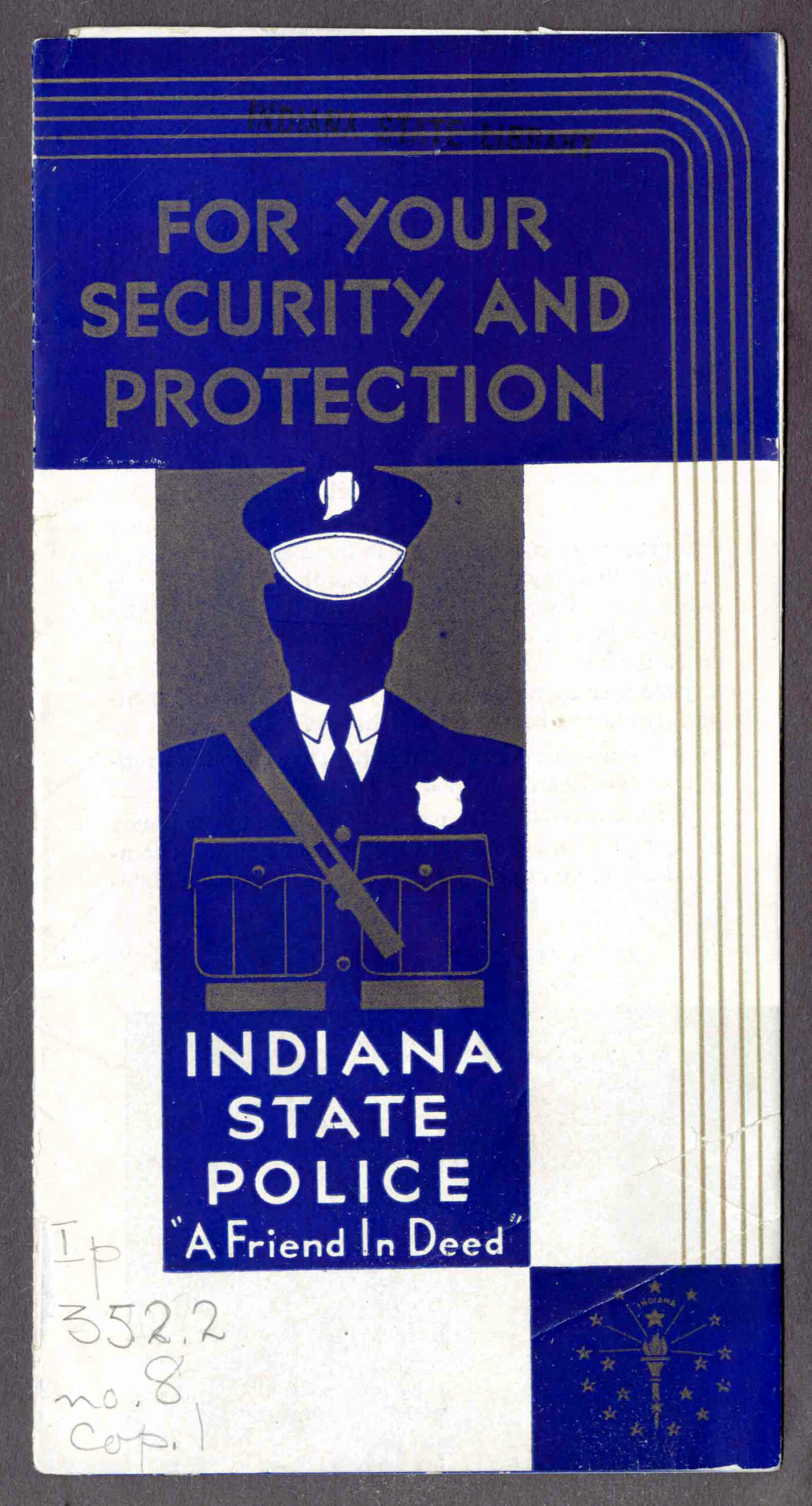 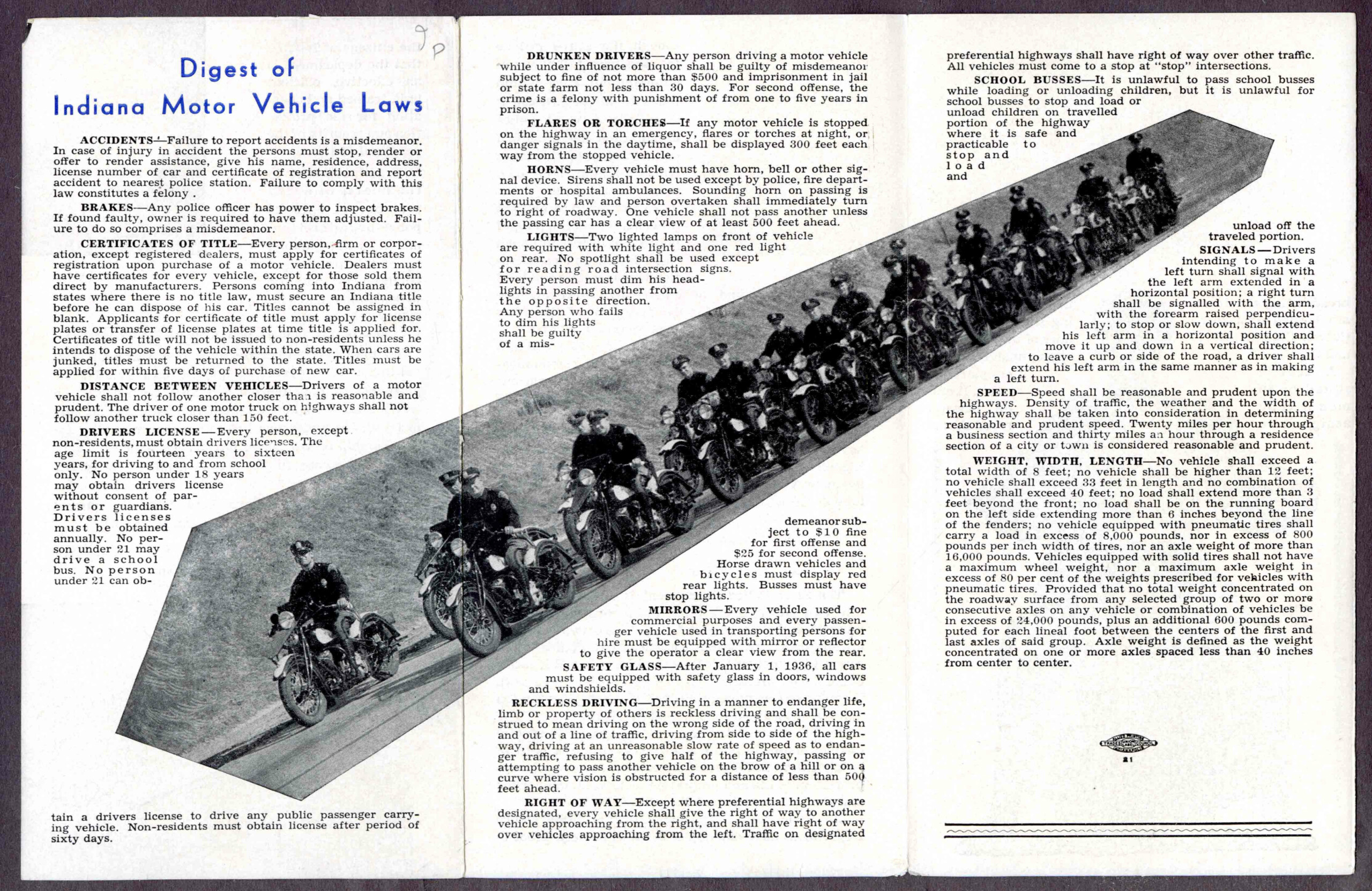 During World War II, the Public Relations Division of the Indiana State Police published Service Links, “dedicated to all, I.S.P. service men, contains excerpt of letters from men now on leave of absence from the Department. As a monthly reminder that each man on leave is, despite his absence, definitely linked to the Department, this publication came into existence.”

For further reading about the history of the Indiana State Police, follow this link to their website.