Finding photographs without a location or identifying information can be frustrating. Fortunately, there are several ways to locate where a photograph was likely taken.

Sarah Malsbury home
A house with distinctive architecture may be easy to spot on Google Maps. The home of Sarah Malsbury has a somewhat distinctive roof line. Searching for Sarah in Ancestry Library Edition produces a 1900 census record, listing her location as Sycamore Township, Hamilton County, Ohio. When viewing an image of the actual record, the city location is written as Silverton Precinct, Rossmoyne. 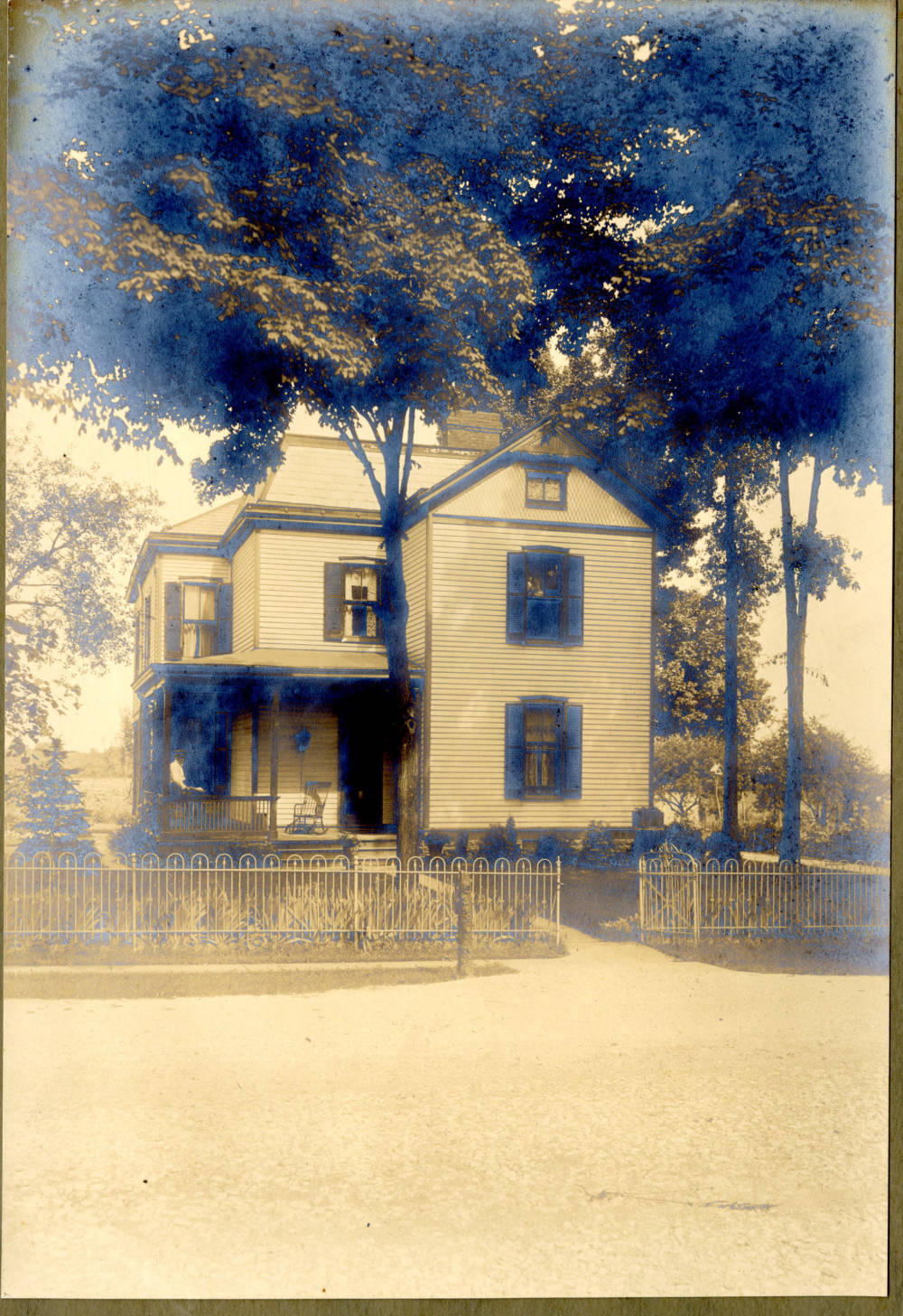 The 1910 census lists an address as being on Highland. When looking at the Rossmoyne area on Google maps Highland does not seem to exist anymore. There are a few blocks that appear to have older homes scattered in between newer, more uniform construction. Zooming in on a house located on Pine Road reveals a possible candidate. A Google Street View image shows a house that is strikingly similar to the one in the photograph down to the fence in front. A 1914 atlas of Hamilton County, Ohio available on the Cincinnati Public Library’s digital collection contains a map of the Rossmoyne area. On the image, the road now known as Pine Road is labeled Highland confirming that the house on Pine Road is the house in the image. 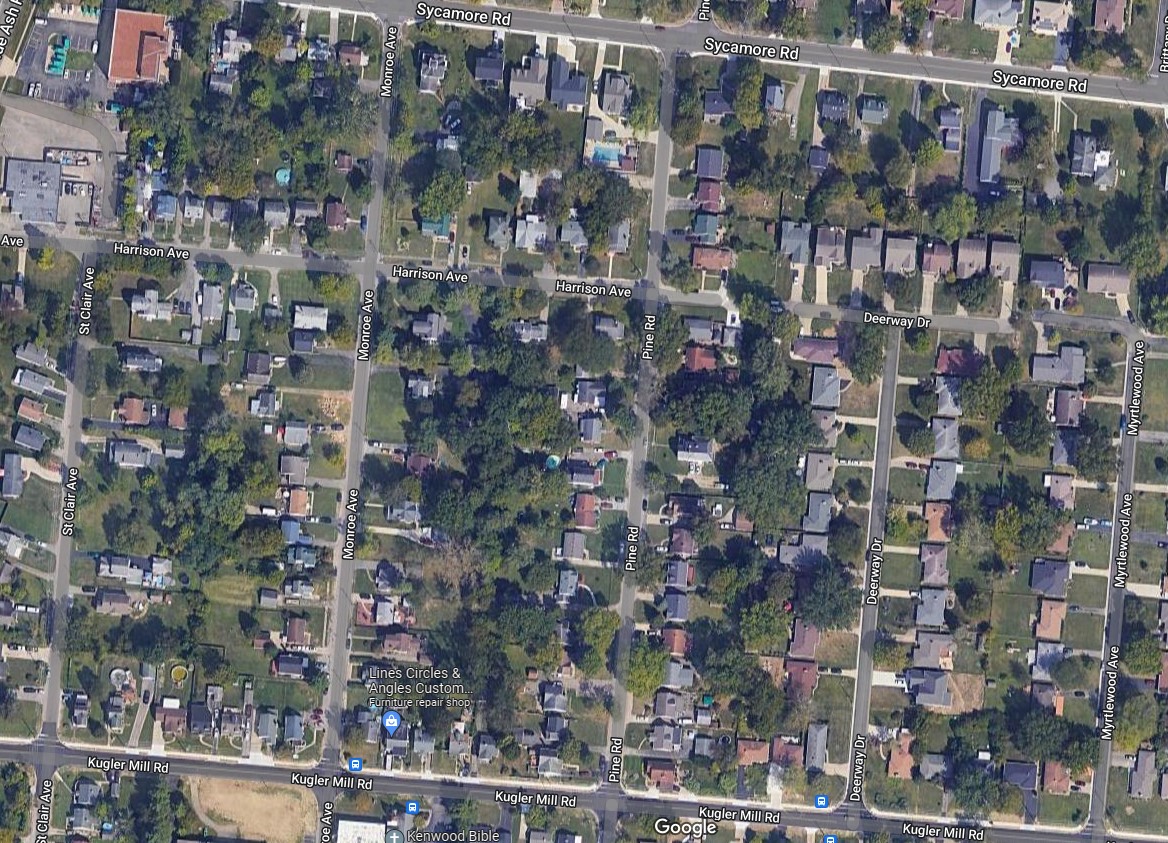 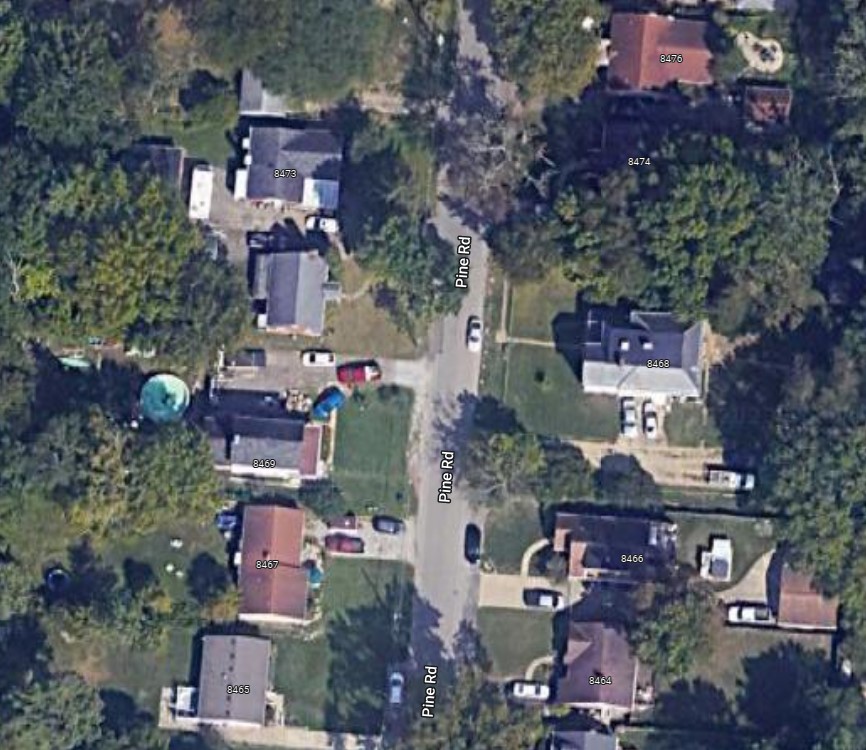 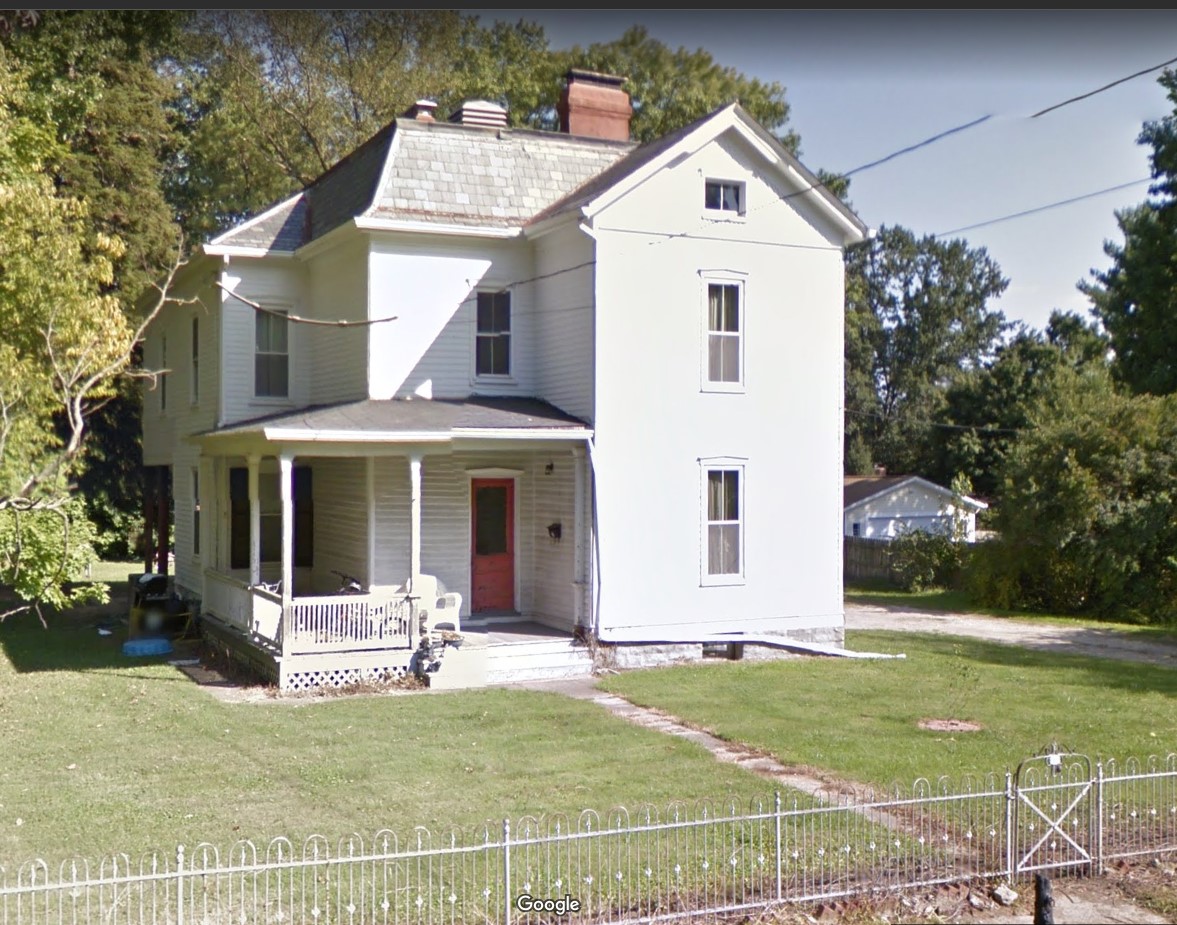 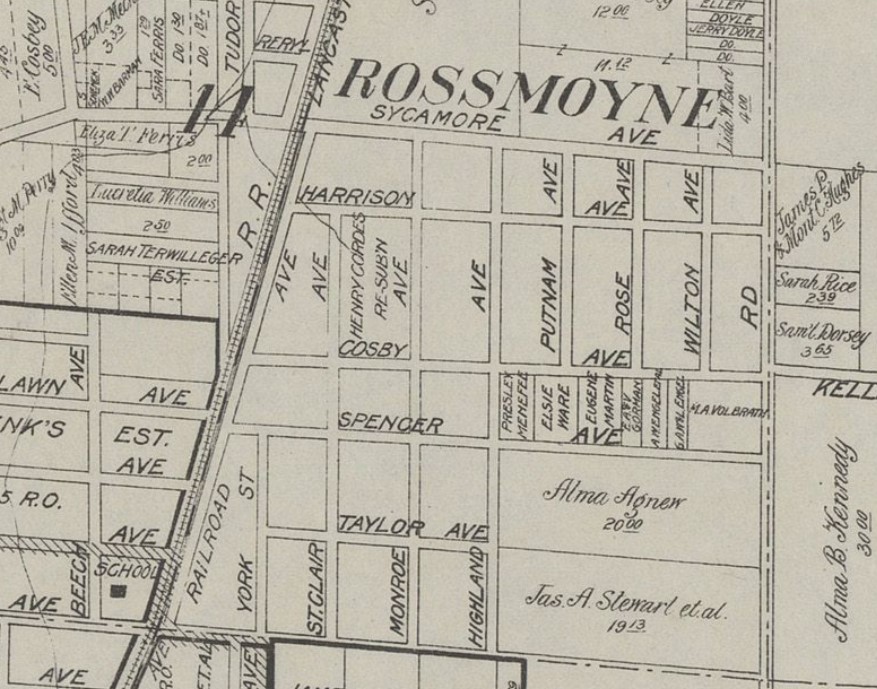 Carter family home
In the case of the image with the Carter family taken in front of a house, there was one clue on the back of the photo: the name of the photographic studio with the location of the studio. Another clue was a vague description on an envelope containing multiple photographs including the group photo. The description given was “Grandfather Richard’s house – Frankfort.” 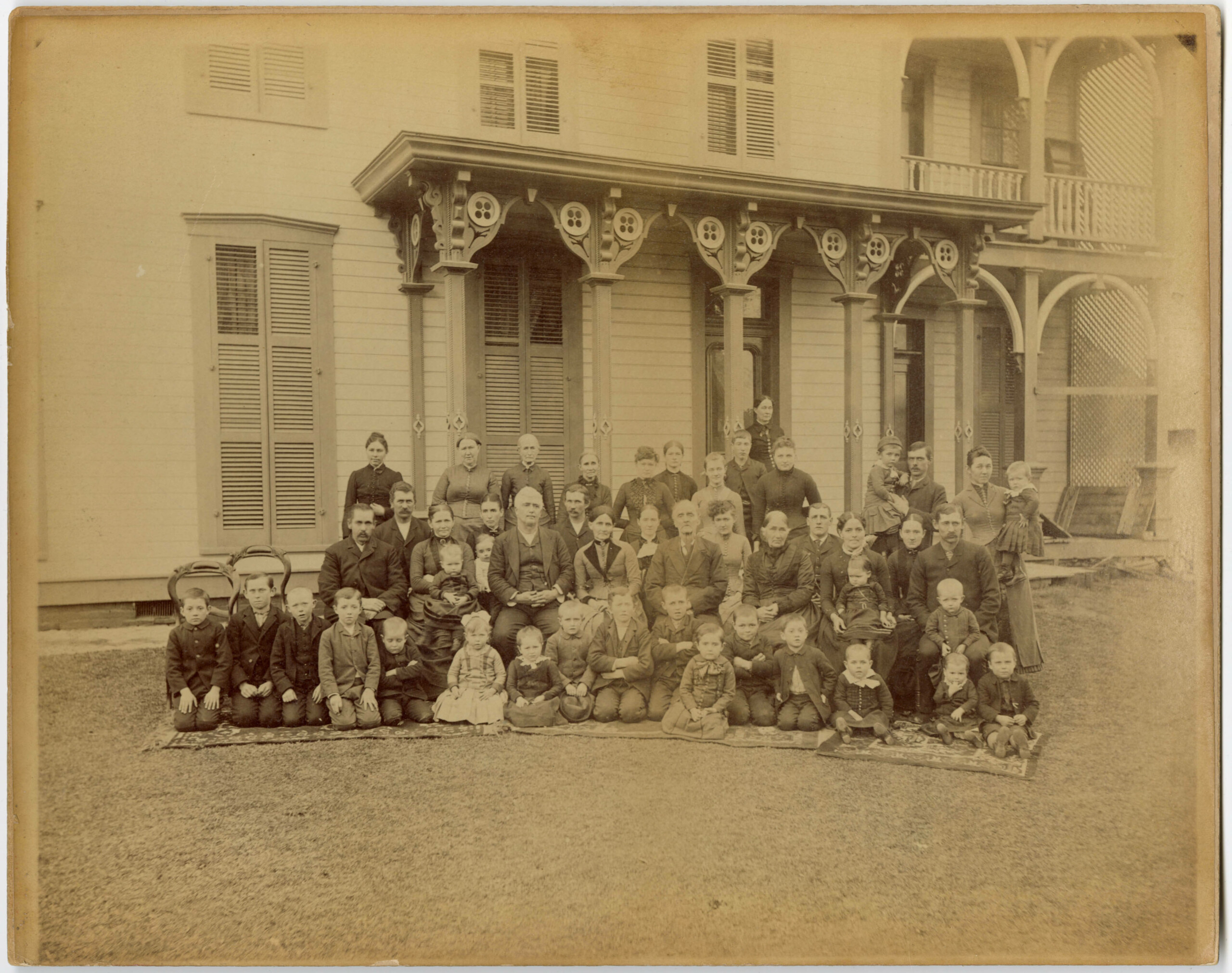 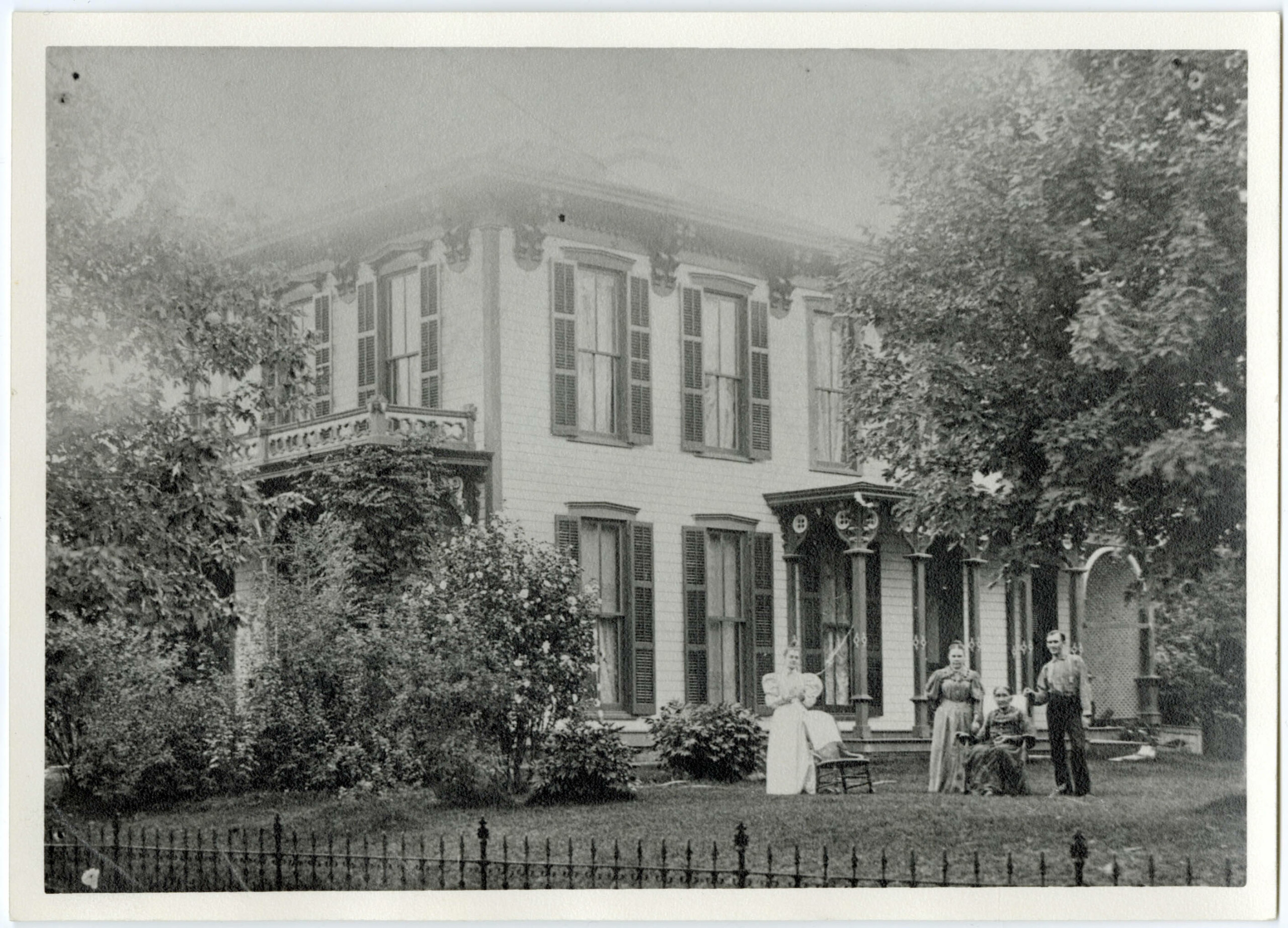 Elenor Carter at other family members, from the Indiana State Library Digital Collection.

Starting with Ancestry Library edition, I was able to find the census record for Richard Carter in the 1880 census, but no address was recorded for the house. Richard died in 1883, his wife Eleanor Carter died much later, in 1901. Checking the 1900 census, I was able to find Eleanor and Marion, one of her children. The address was listed as 402 W. Clinton St. Entering the address on to Google Maps I found an open area of land with a grassy space closest to the street and a parking lot behind that. When viewing the address on Google Street View I also noticed a walkway going from the sidewalk out to the street. The other two homes on the block both have them leading up to their stairs. It is likely a house once occupied that space. Checking later Frankfort City Directories showed one of Eleanor’s grandchildren occupying the home after her death.

Digitized copies of Sanborn fire insurance maps for Frankfort are available through the Fire Insurance Maps online database at the library. I was able to check both the 1906 and 1927 Sanborn map and confirm the existence of a home at 402 W. Clinton Street with the same approximate shape as the one pictured. 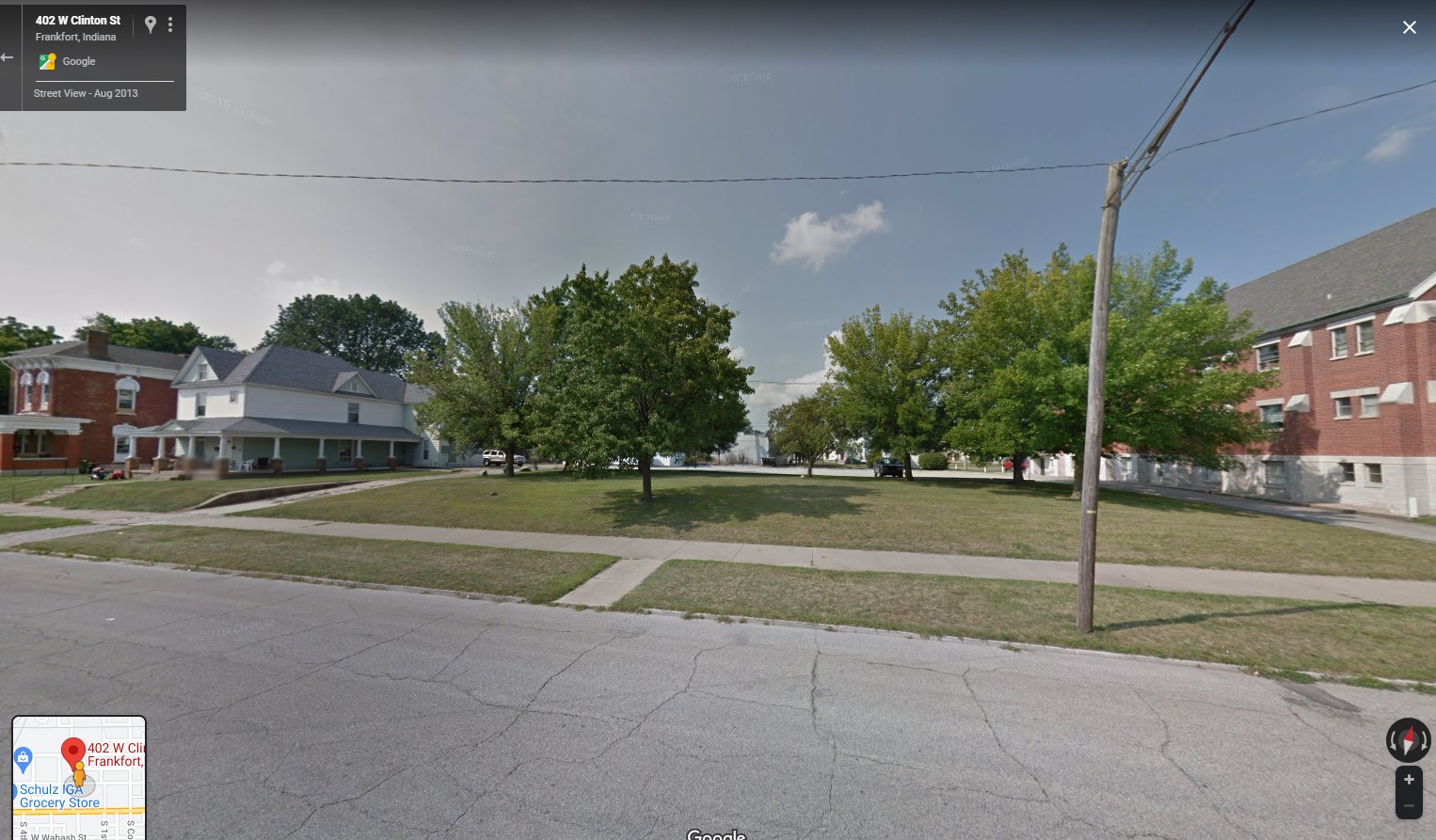 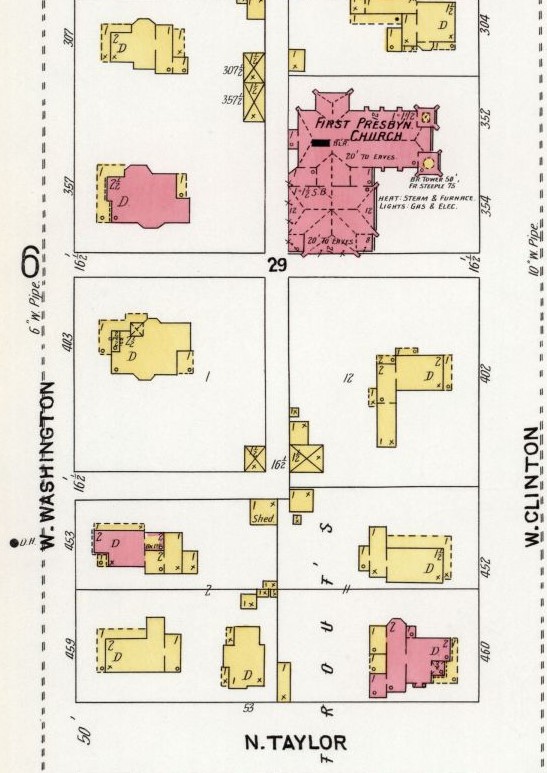 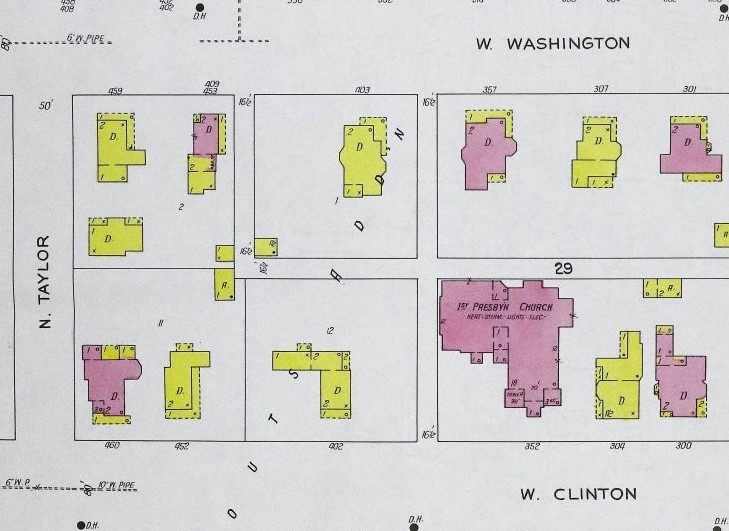 Evansville outhouse
Another interesting photo is one of an outhouse on the streets of Evansville after the 1937 flood. The photo is part of the Kulenschimdt collection and one of several photographs and postcards with images of the 1937 flood. Checking the downtown area of Evansville on Google Maps, I looked for taller buildings in the hope that the store in the foreground was still standing. After several attempts to locate the building, it appeared that it had possibly been torn down. I then checked for online images of the downtown Evansville area during that time period to see if one would have either building pictured. 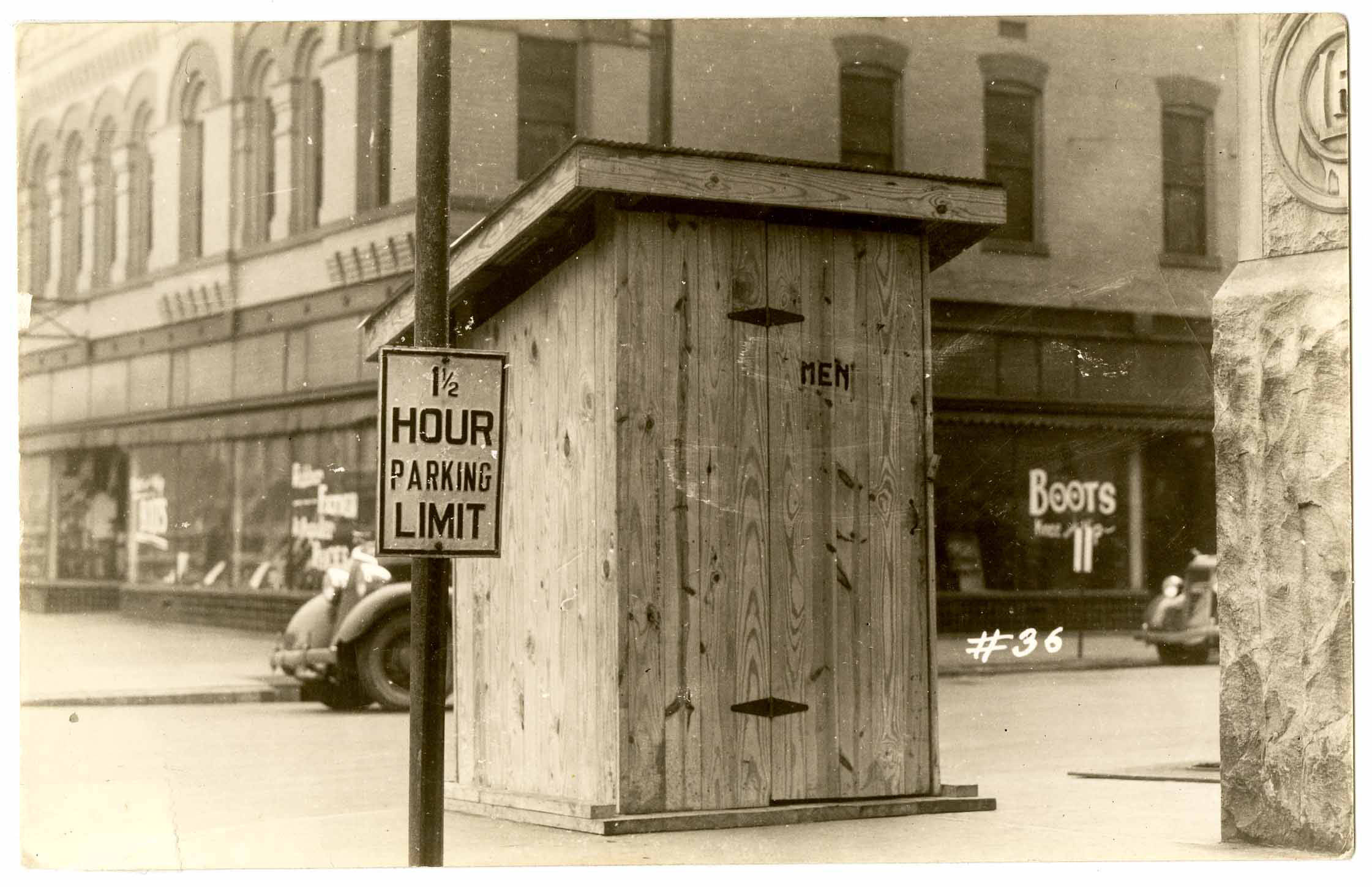 In a separate tab, I started a search for department buildings in Evansville focusing on the building in the background. After searching for a bit, I was able to figure out that the building in the background was Siegal’s Department Store. A check of Google Maps Street View showed a building that looked remarkably like the one in the photograph. I was also able to locate an older image of Siegal’s on the website Historic Evansville. 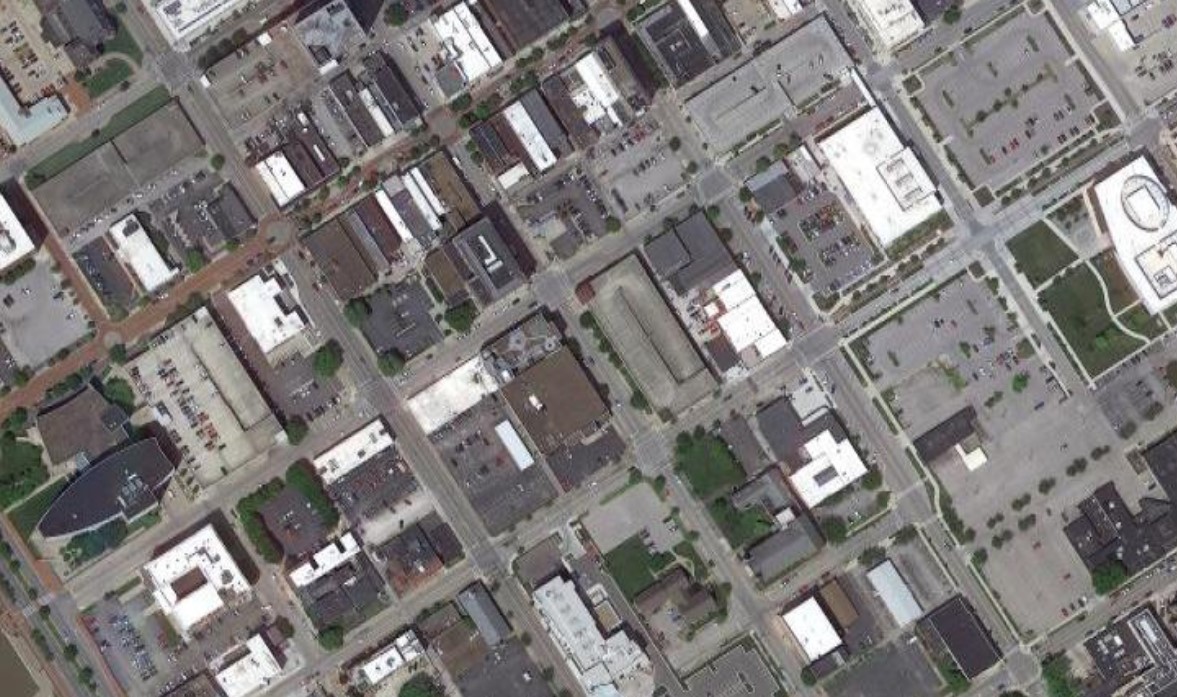 From there, I was then able to find the name of the building located in the foreground. The building was the Lahr, and later Schears Department Store. A photograph from an article in the Evansville Courier Press shows both buildings in 1961. Another photo from the Willard Library’s Karl Knecht collection shows the Lahr/Schears building around the time of the flood. 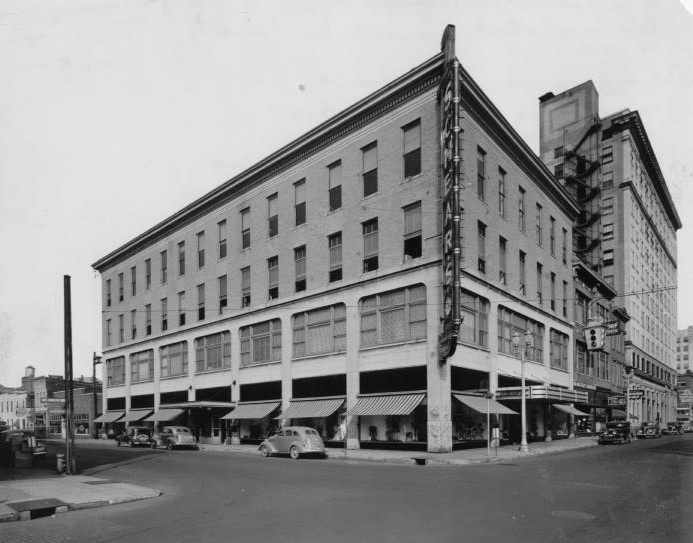 When trying to locate the current location of an older photograph with little-to-no information, there are multiple tools one can use to try and find where the photograph was taken. Research of the area and the persons in the photograph along with trial and error may help identify otherwise unknown photographs.