Indiana’s first state prison opened on Jan. 9, 1821, in Jeffersonville, taking in inmates regardless of age, sex, offense or sentence. In 1847, a new prison was built in nearby Clarksville as well as one in Michigan City. Inmates were divided between the two and they became known as the Indiana State Prison South and the Indiana State Prison North.

By 1897, due to the belief that young males should not be housed with older males, they were divided by age between the southern and northern locations. The Indiana State Prison South became home to inmates between the ages 16 to 30 and was renamed the Indiana Reformatory. 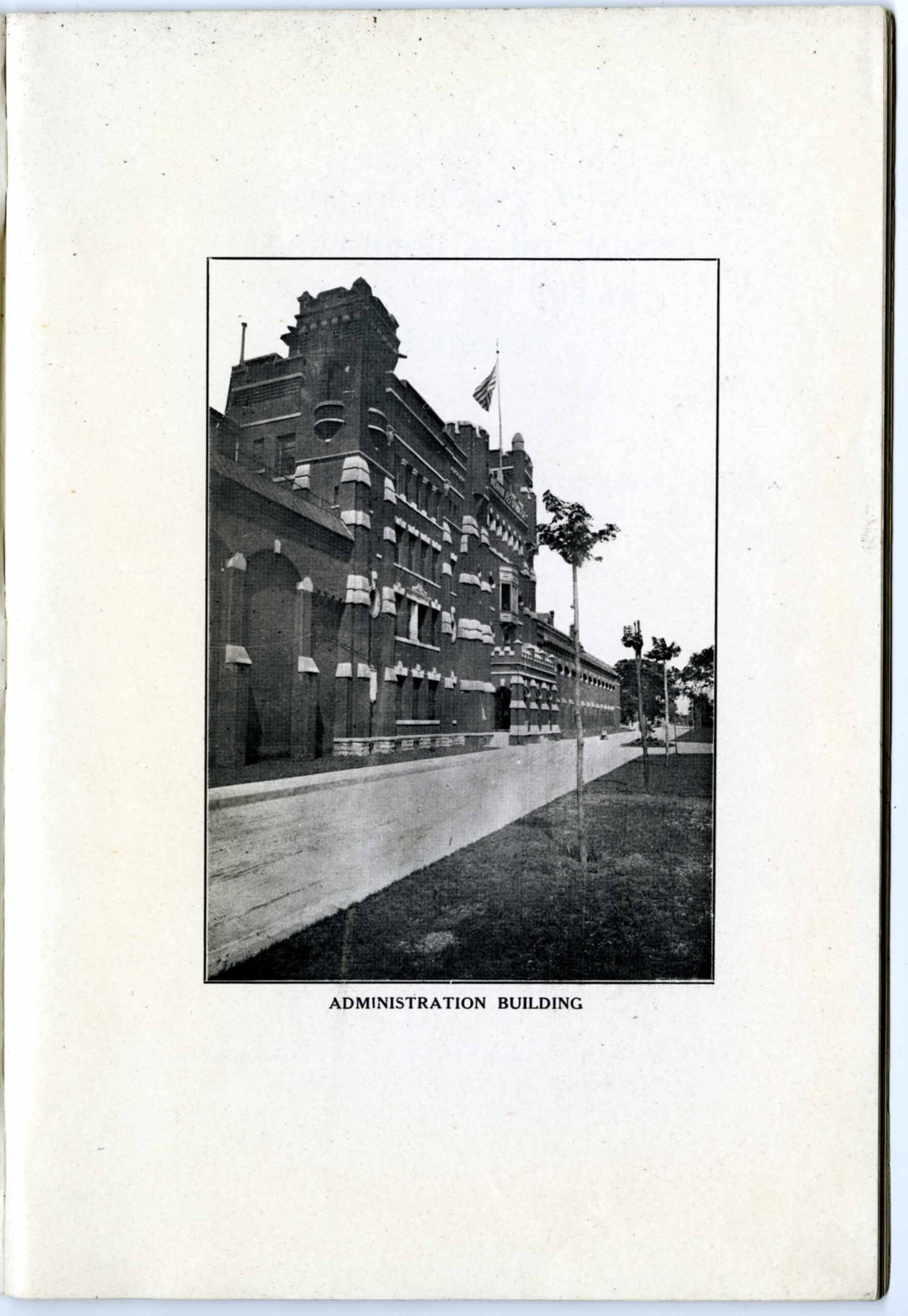 On Feb. 6, 1918, during the night, a fire damaged most of the buildings at Indiana State Prison South. After this, the Governor’s Commission decided to build a new a more centrally located prison in Indiana. A site near Pendleton was selected since the Fall Creek provided a source of running water. The construction commenced in 1922 and opened in late 1923. 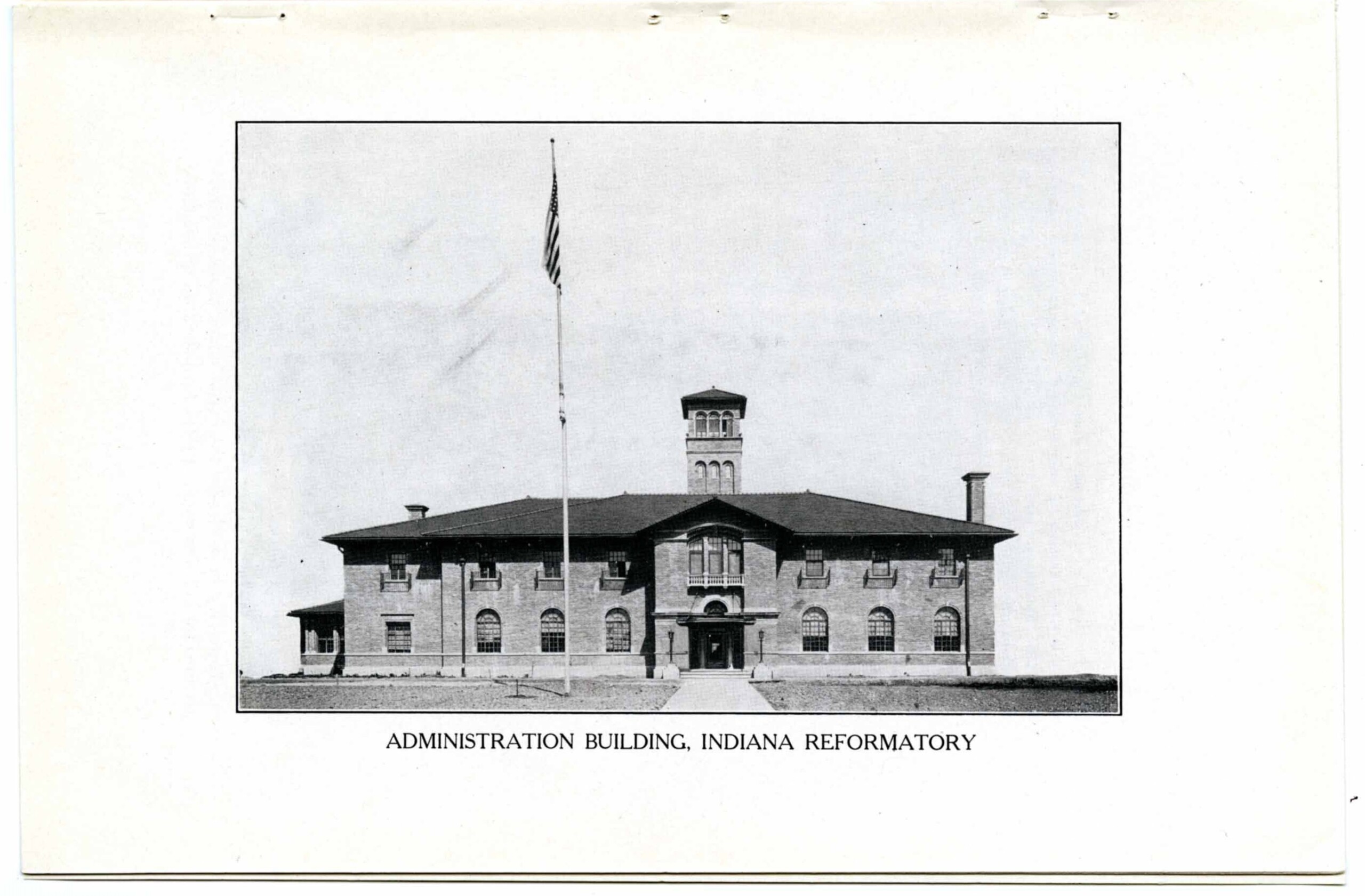 As part of the early 20th century prison acts, the offenders at the Indiana State Prison South were taught trades and manufactured various goods for state institutions and agencies across the state. This is the trades building at Pendleton. 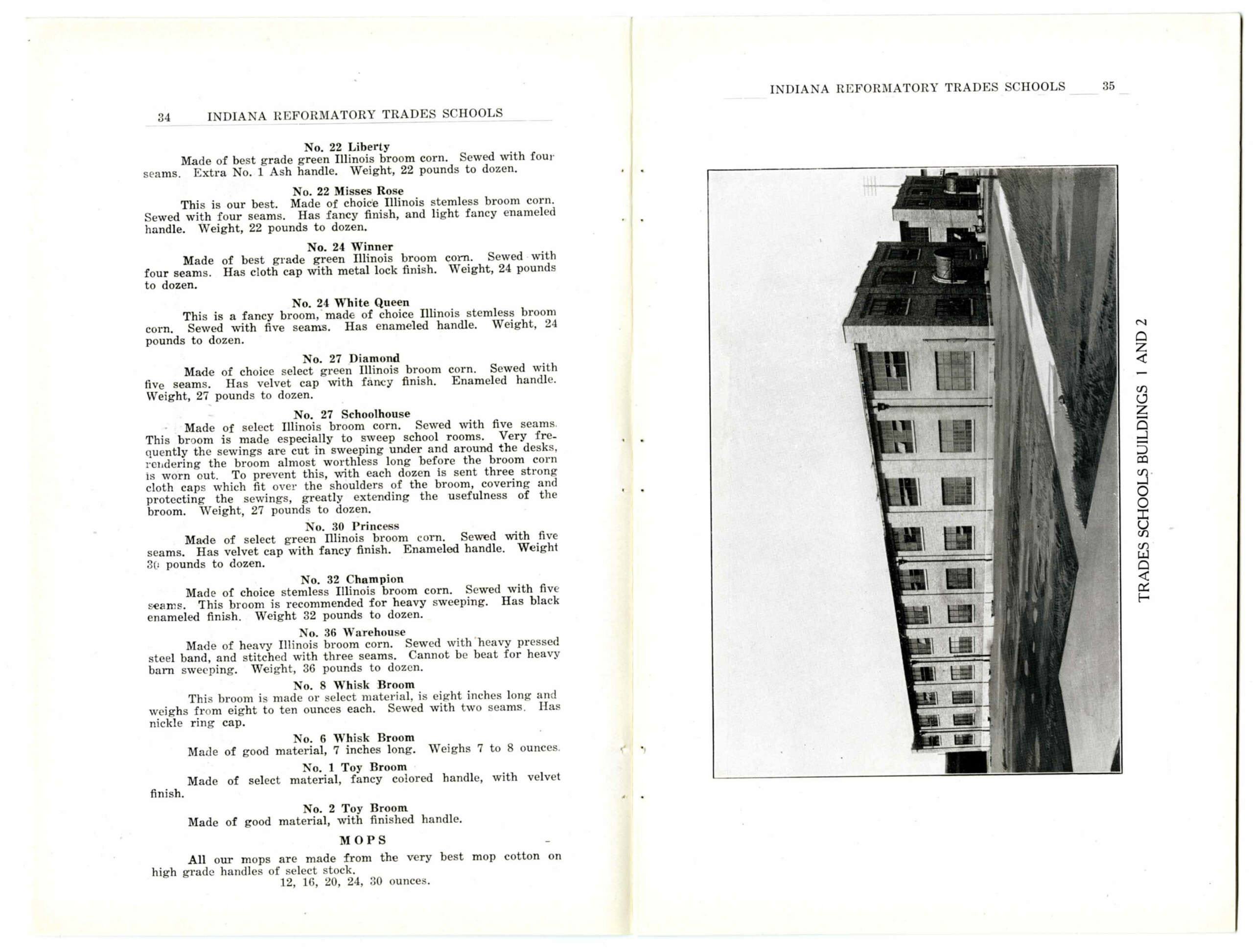 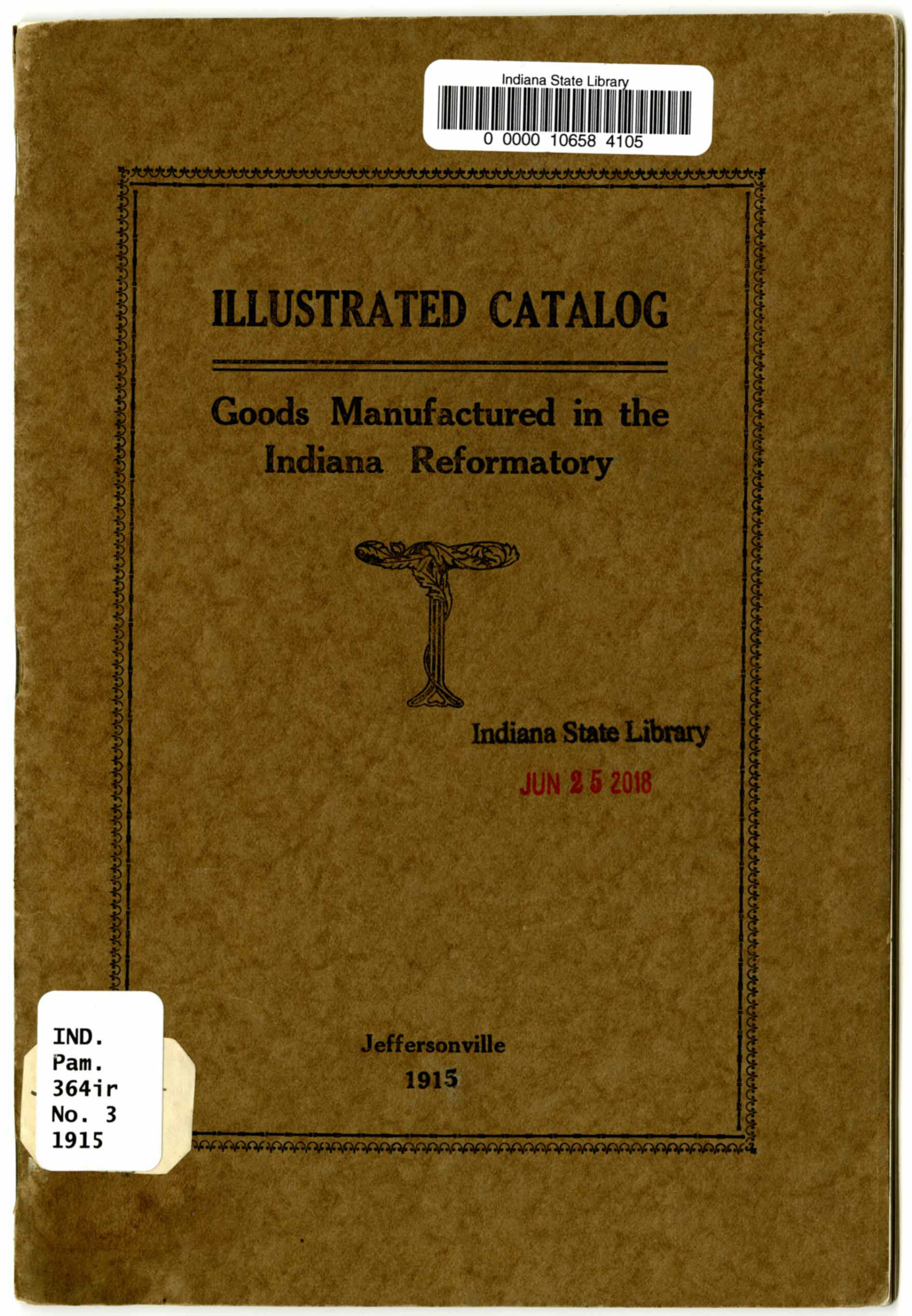 The catalogs show what was manufactured by the inmates in these trade schools at the Indiana Reformatory in Jeffersonville and Pendleton. They include cooking utensils, clothing, shoes, brooms and furniture. Here are some example pages. The first from the 1905-10 catalog and the second from the 1915 catalog. 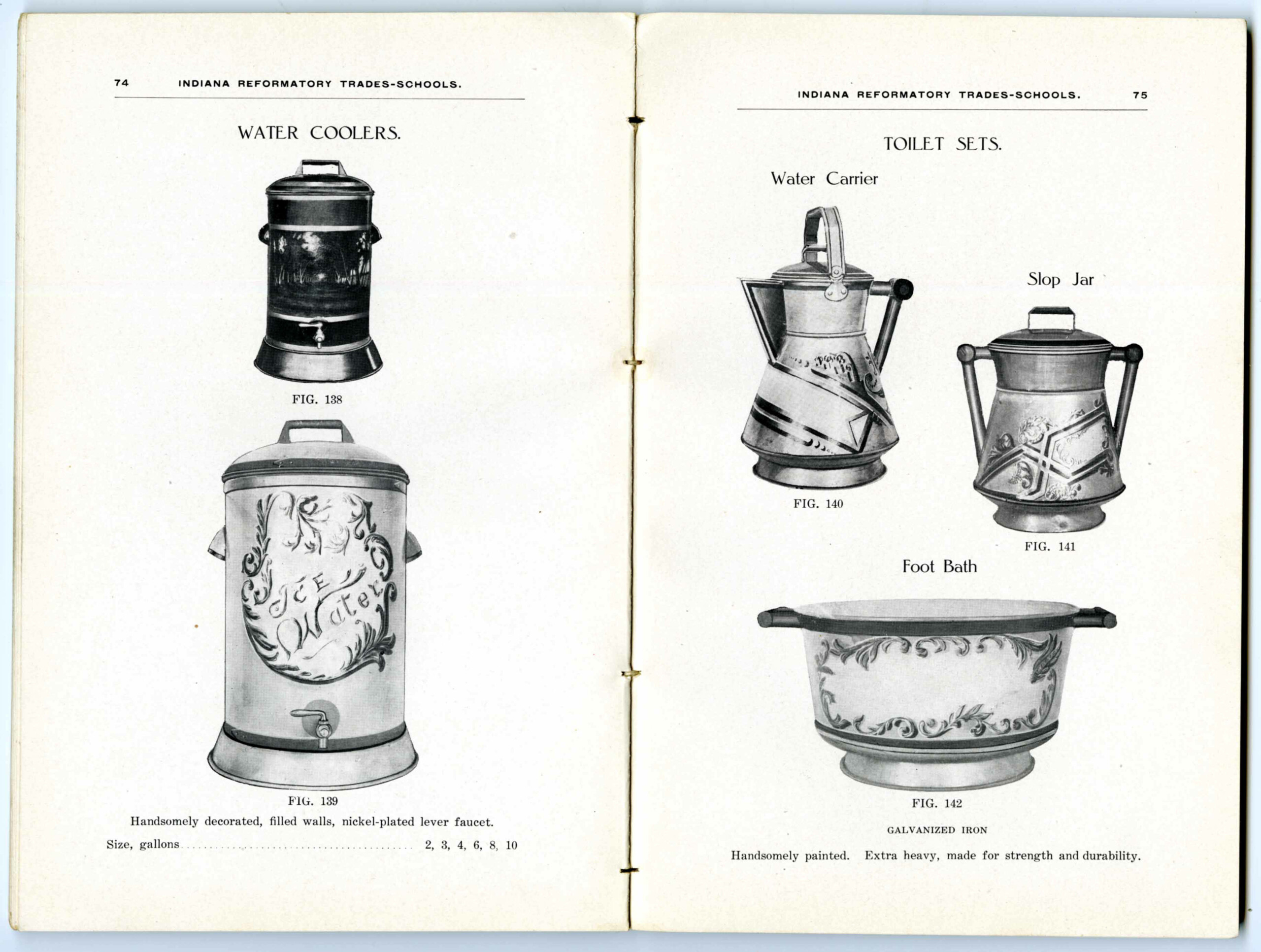 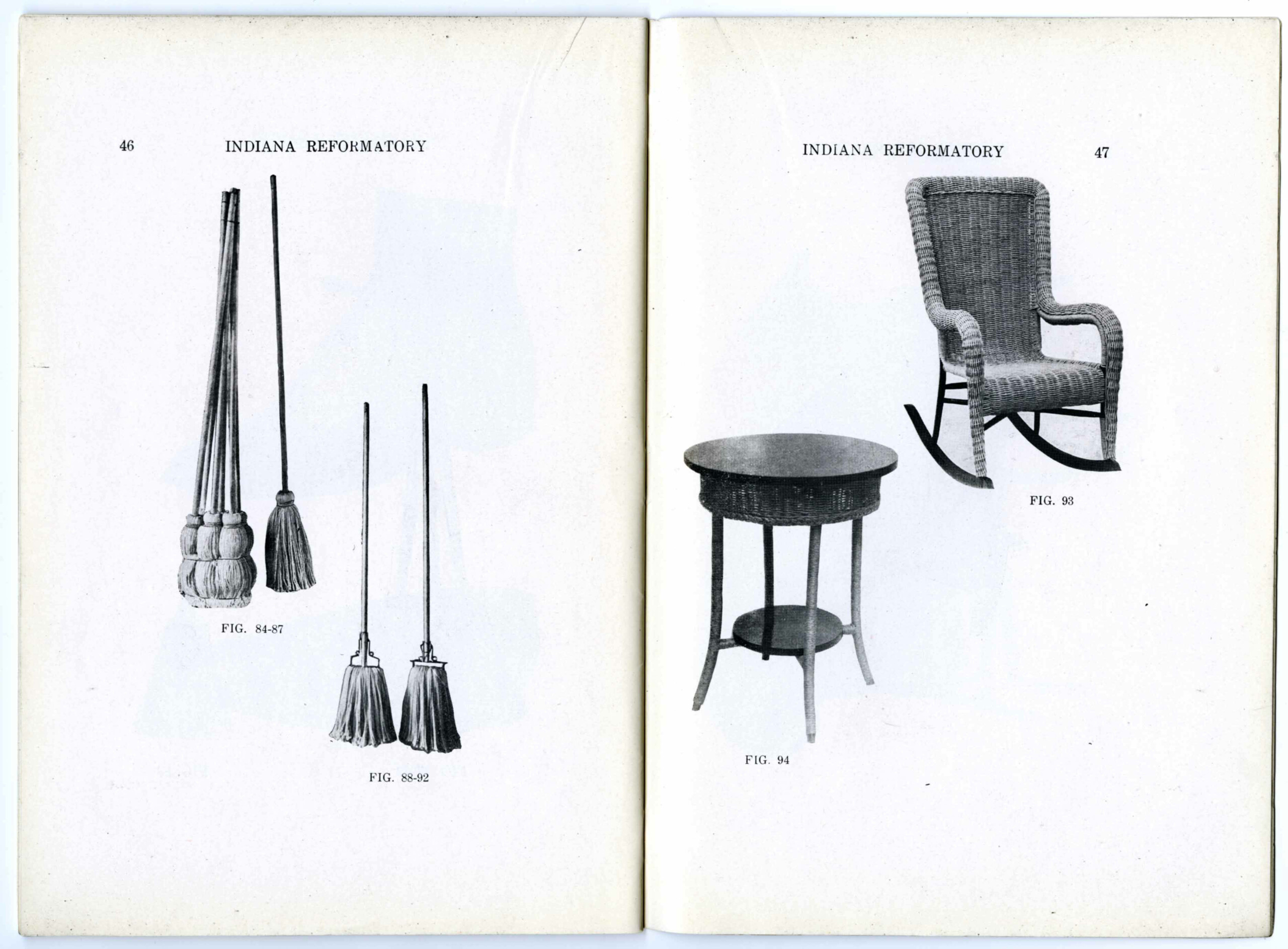 In the 1925, wicker furniture was added and probably made available to the various state park inns which were built during this time. 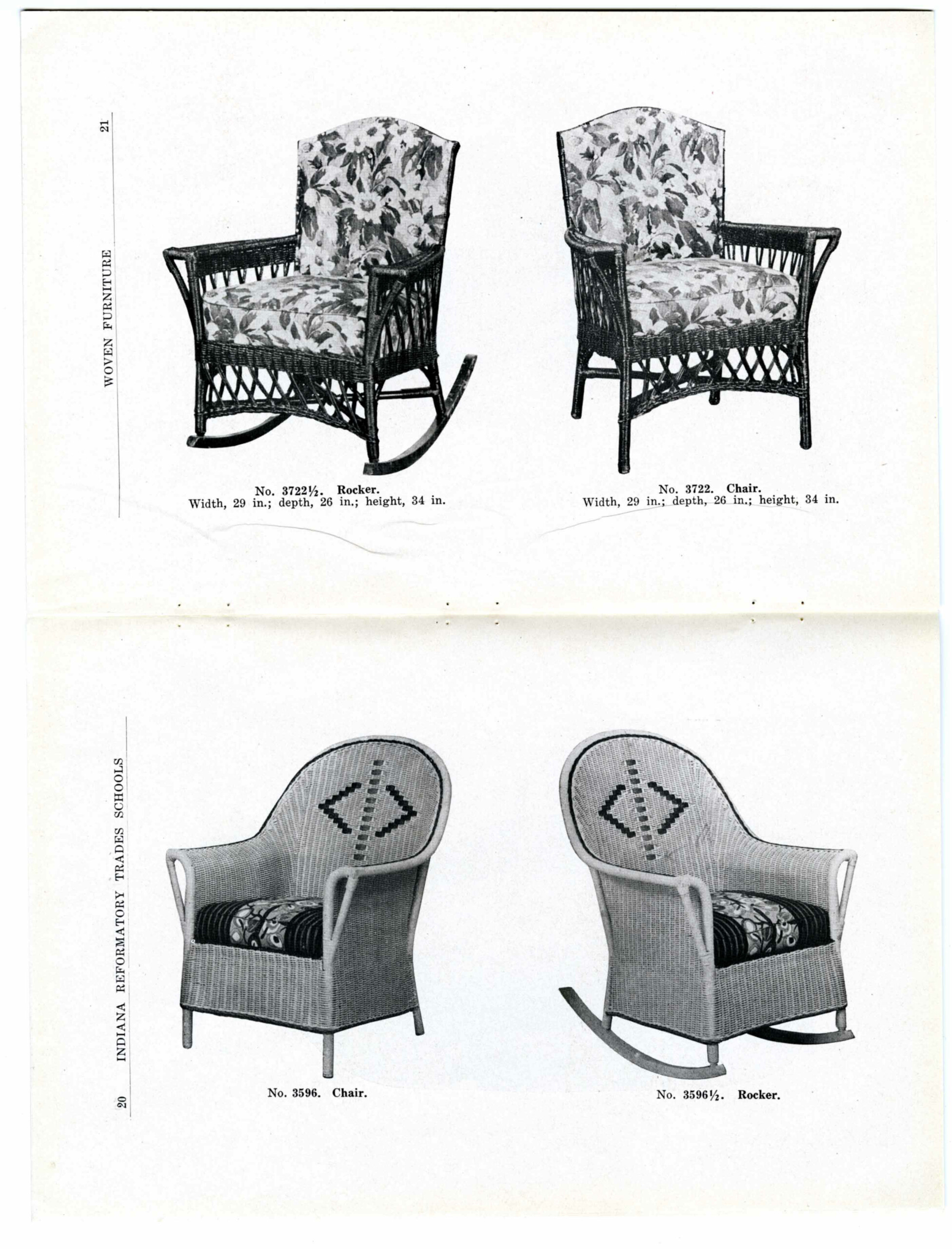 By 1938, old hickory-style furniture appeared, probably also used at the state park inns. Other additions included licenses and tags, soaps and cleaners, brooms of all kinds and bricks. 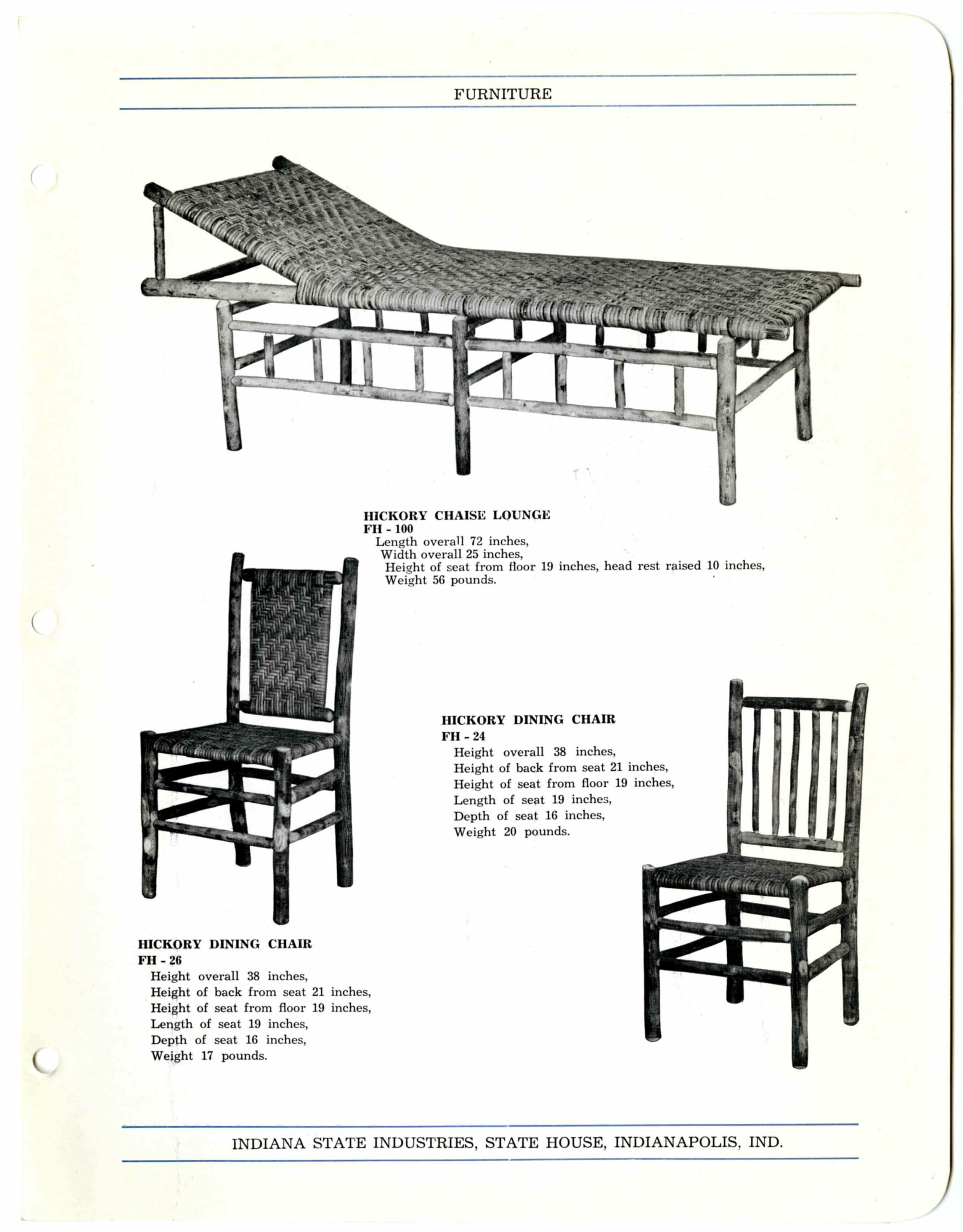 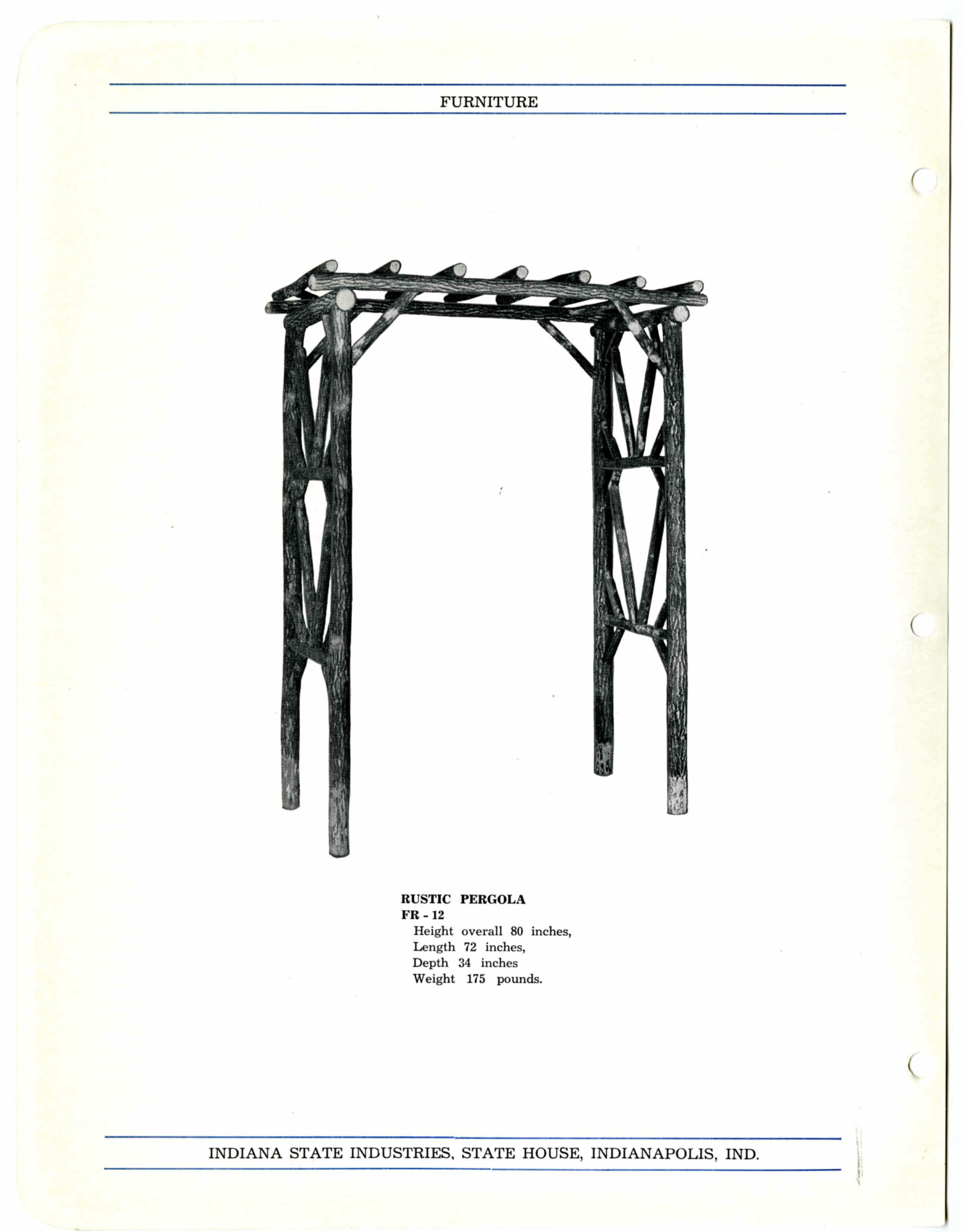 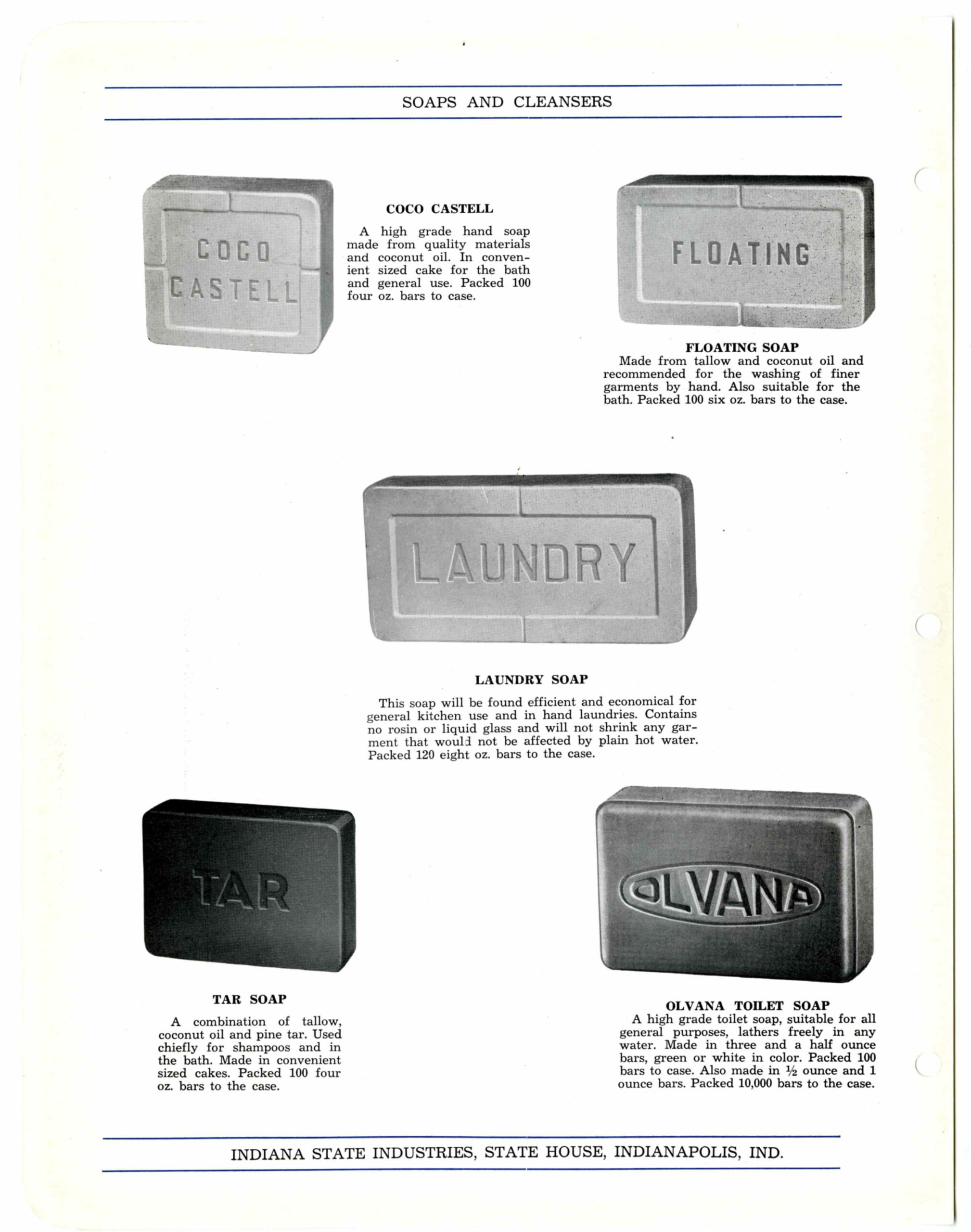 The Indiana State Agency Documents Digital Collection has publications from various state agencies, including departments, boards, bureaus, commissions, councils and committees that carry out various functions of the Executive Branch of Indiana state government. The Indiana State Library has state publications that span from the 19th century to present. To help preserve the older materials, digitized copies are being made available so the collection will continue to grow, not just in this collection, but also throughout our digital collections.