The term Fraktur refers to a style of handwriting or typeface. The name for the lettering comes from the Latin word fractūra, meaning broken; as in the “broken” way in which the letters are formed as compared to other hand writing and type styles which contain more curves.

An example of Fraktur lettering 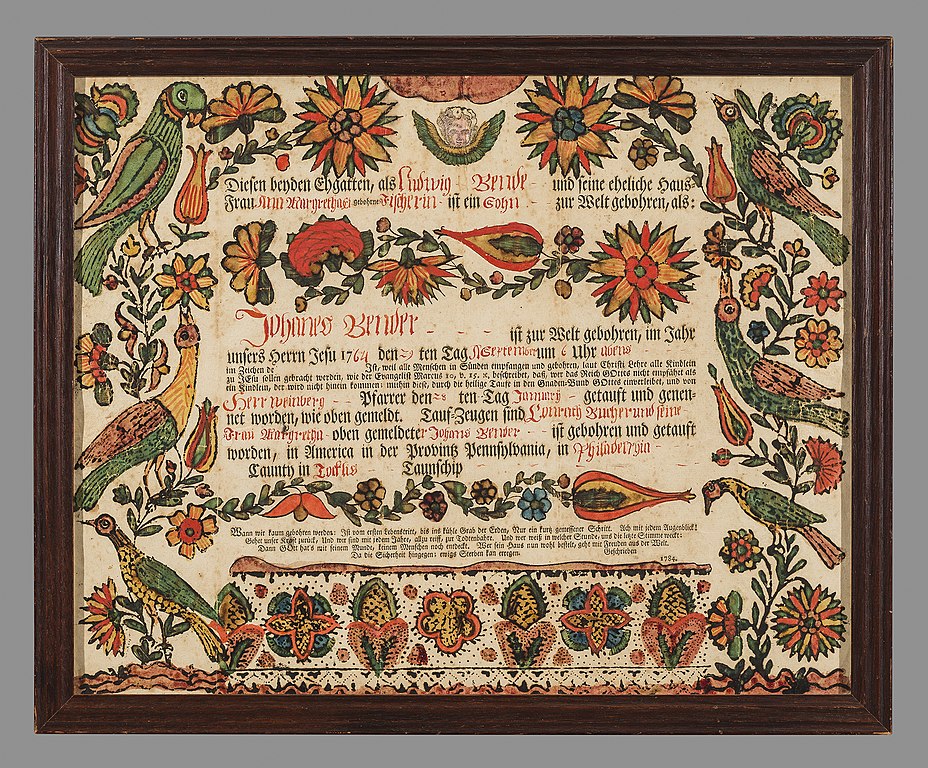 An example of a Fraktur certificate

These Fraktur certificates of the Pennsylvania Dutch are part of the long history of illuminated texts that reaches back to the Middle Ages. The Fraktur records are personal ceremonial documents kept by the family, not an official vital record made by church or state. As a folk art, the first Frakturs were hand made by schoolmasters and clergymen. In later periods, the Frakturs included decorative printed certificates that the families could fill out with names and dates.

“The Heart of the Taufschein: Fraktur and the Pivotal Role of Berks County, Pennsylvania,” call number: ISLM GR110.P4 A372 v.46

Online sources about Fraktur to explore:
The Pennsylvania German style of illumination
This is the best online source of the history of Frakturs.