With COVID-19 currently afflicting the nation, many fun summer activities have been altered for sanitation and social distancing purposes or have been cancelled completely. As a result, many Hoosiers have been left with rather lackluster summer options, devoid of family vacations and fun excursions. Undoubtedly, this has caused a certain degree of wistfulness as people recall past summers and good times.

Compiled here are a few fun summer excursions in Indianapolis that no longer exist. Fortunately, there can be no fear-of-missing-out because you absolutely could not visit any of these places, even if you wanted to!

Riverside Amusement Park
This amusement park existed from the early 1900s until 1970. The park land still exists under the name Riverside and fun can be had there, but the current park is nothing like it was during its heyday when it boasted of having multiple roller coasters, a massive roller skating rink and a bathing beach.

From an item in the Program Collection (L658), Rare Books and Manuscripts Collection. 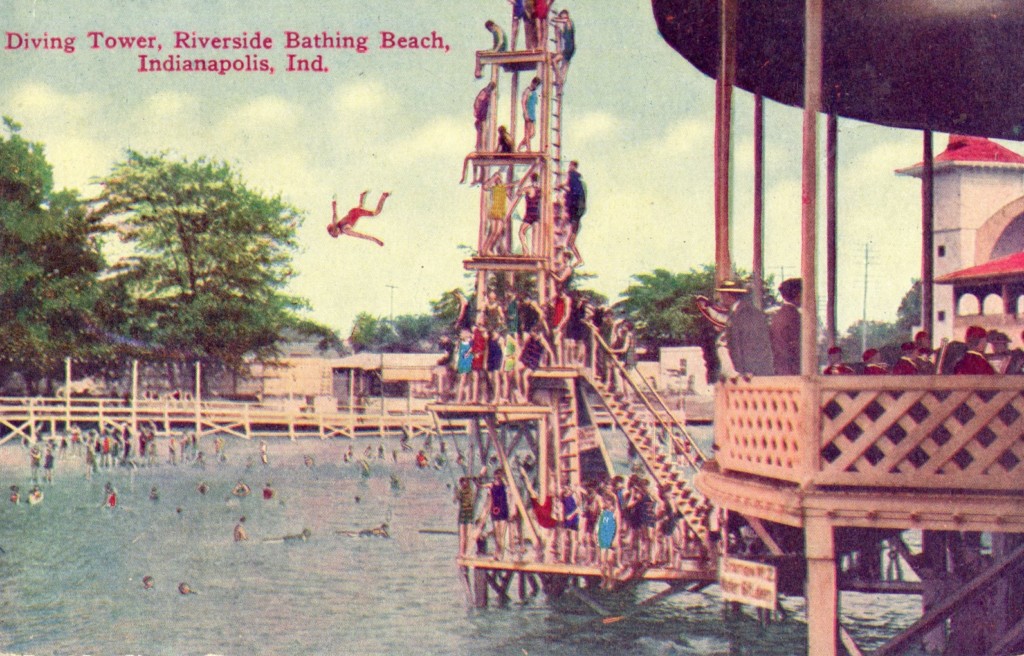 From the Postcard Collection (P071), Rare Books and Manuscripts Collection.

Wonderland Amusement Park
Another Indianapolis amusement park was Wonderland. Located on the east side of the city, the park was relatively short-lived, operating from 1906 until 1911 when it was destroyed by a fire. 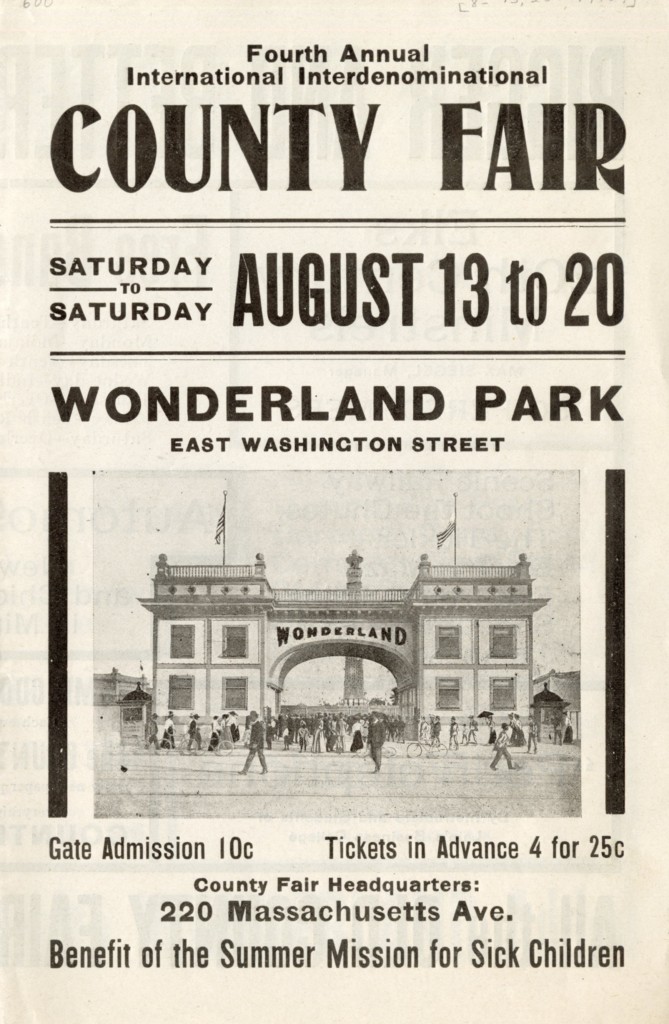 Like many amusement parks of the time, Wonderland hosted a variety of traveling performers who plied their death-defying feats at fairs and festivals throughout the country. In the summer of 1907, Indianapolis citizens could see stunt cyclist Oscar V. Babcock ride his bike through his thrilling Death Trap Loop.

Before and after picture of Babcock performing at Wonderland. From Oscar V. Babcock Photographs Collection (SP054), Rare Books and Manuscripts Collection.

Cyclorama
Cycloramas were a popular form of diversion in the late 19th century. They consisted of a platform surrounded by a 360 degree panoramic image. The goal was for viewers to stand on the platform and feel immersed in the scene depicted in the image, as though they were there in real life. Many popular cycloramas depicted battle scenes from the American Civil War and traveled from city to city. In 1888, the Indianapolis Cyclorama hosted a painting depicting the Battle of Atlanta. Standing at 49 feet tall and spanning over 100 yards, the painting must certainly have impressed visitors. Alas, by the turn of the century the fad for cycloramas had waned and the Indianapolis cyclorama building was eventually torn down. However, the Battle of Atlanta panorama still exists and can be viewed in person at the Atlanta History Center.