After the close of the Civil War, Union veterans’ organizations were formed, such as the Grand Army of the Republic. Both the national and state levels of the GAR held regular meetings called encampments, and those were well-attended by members from local posts. At the same time, individual regiments began organizing less-formal reunions of their veterans. Often reunion organizers decided to meet in late summer when men might have free time in conjunction with their county fair or even during State Fair week activities at Indianapolis. 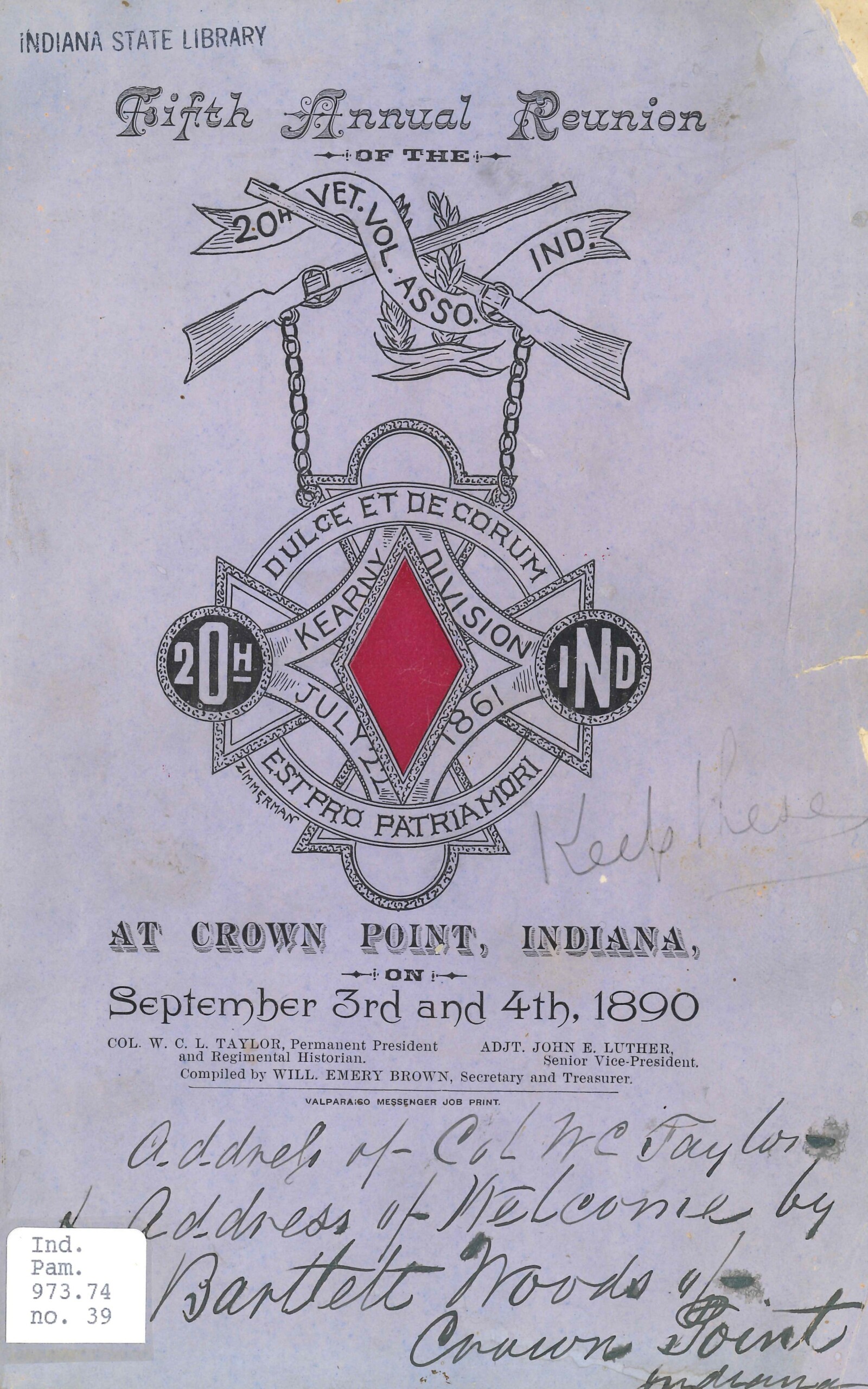 Several of these local regimental reunions were well-documented with printed commemorative programs and proceedings. As with other types of reunions, a name list of attendees or surviving members was often published and may have been reported in a local newspaper. Some regiments would pay tribute to those who had died since their last reunion with a necrology list. Many Civil War veterans were becoming elderly in the time between the 1880 and 1900 U.S. Censuses, before there was full compliance with state death records laws. By placing a veteran along with his friends and neighbors at a particular reunion, these rosters can prove useful to researchers trying to bridge the gap. 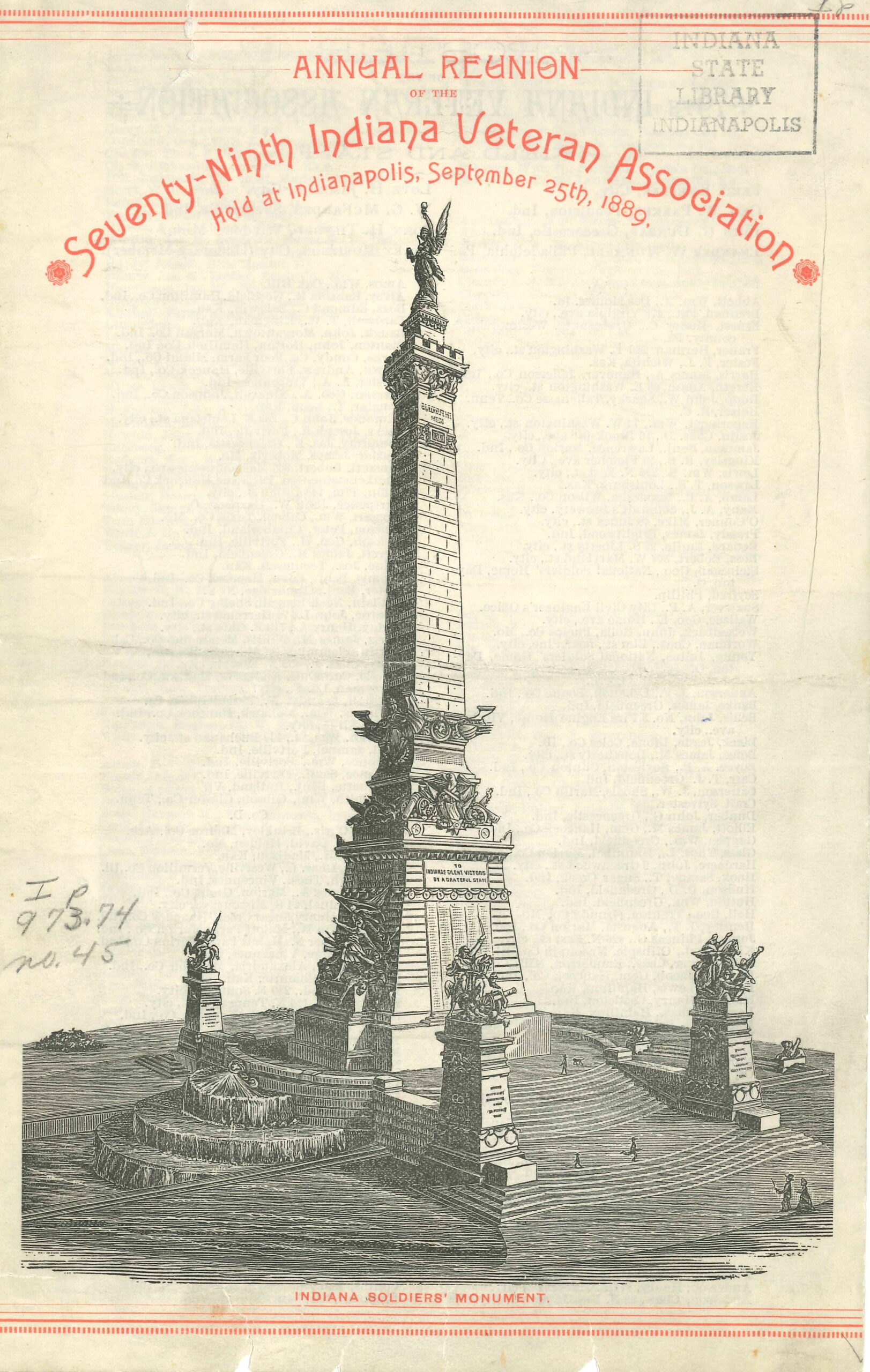 Newspapers are always a great place to check for historical accounts of these “old soldiers” or “old veterans” reunions. A search of the Hoosier State Chronicles Digital Newspaper Collection points to reunions around the state. The details of the reunions may vary from names of organizers and officers to full lists of attendees. 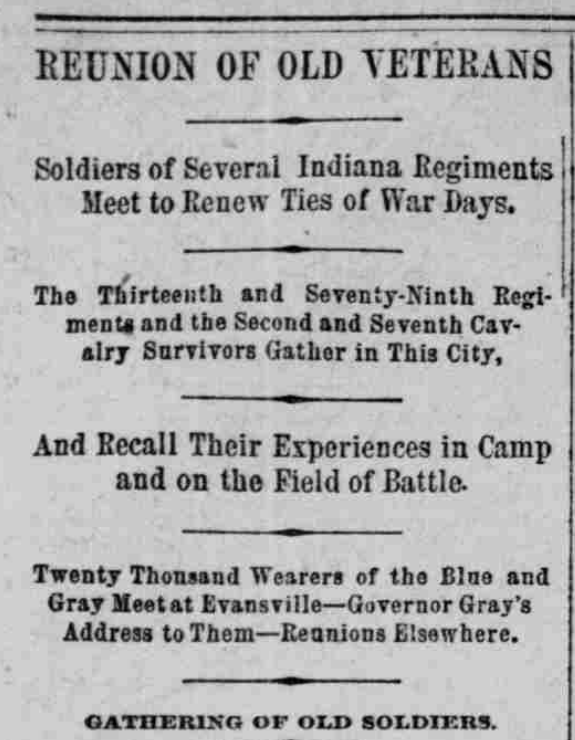 Keep trying searches with the regimental number spelled out in words (e.g., twenty-first, twenty-second, twenty-third, etc.) and also re-do the search as an ordinal number (e.g., 21st, 22nd, 23rd, etc.) which may give different, but equally useful results. For more information about items in the Indiana Collection or tips on finding regimental reunion documentation, please contact the Indiana State Library at 317-232-3670 or “Ask-A-Librarian.”