The Indiana State Library has an interesting collection, there is no doubt. It has recently gotten all the more interesting by the generous donation of William Douthit.  The donation consists of atlases and globes made by the George F. Cram Company.  Cram was a long standing Indianapolis company.  It has occupied manufacturing and office space at many locations in the city: 32 East Georgia Street, 730 East Washington Street, and 301 South LaSalle St.

The Cram Company was established in Evanston, Illinois in 1867, as Blanchard & Cram. In 1921 George F. Cram retired and sold his company, merging it with the National Map Company.  The Cram name endured and they moved to Indianapolis. Under Douthit leadership the Cram Company specialized in educational map products and globes. Included in this donation are globes, company catalogs, and many interesting atlases.  Let’s take a look at some of the items…

The Black Ocean Globe (circa 1960), illuminated 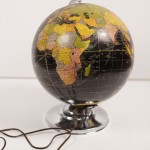 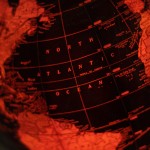 Cram Imperial 12” Antique Globe, circa 1971, mounted on wood base to house an atlas 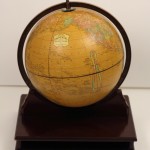 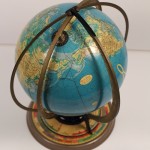 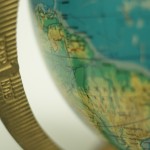 Cram Catalogs: This donation has added new Cram company catalogs to the Indiana State Library trade catalog collection.  Manufacturing and product catalogs are a great resource for collectors and company researchers.  We are always accepting donations of catalogs from Hoosier manufactures, so keep us in mind as you run across such items! 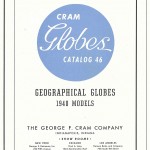 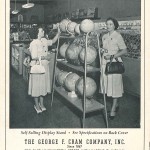 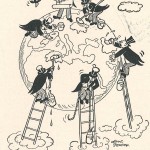 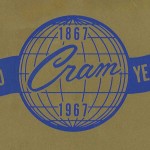 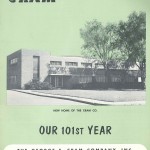