“The Four Books of Sentences (Libri Quattour Sententiarum)” is a comprehensive theology book written by Peter Lombard, Bishop of Paris, during the 12th century, circa 1150. Lombard’s four books cover the following topics: the mystery of the trinity; on creation; on the incarnation of the word; and on the doctrine of signs. During the high-to-late Middle Ages of the 13th to 15th century, it was considered one of the most important theological textbooks. Philosophers, theologians and other scholastics drafted their own writings based on open-ended questions left by Lombard. 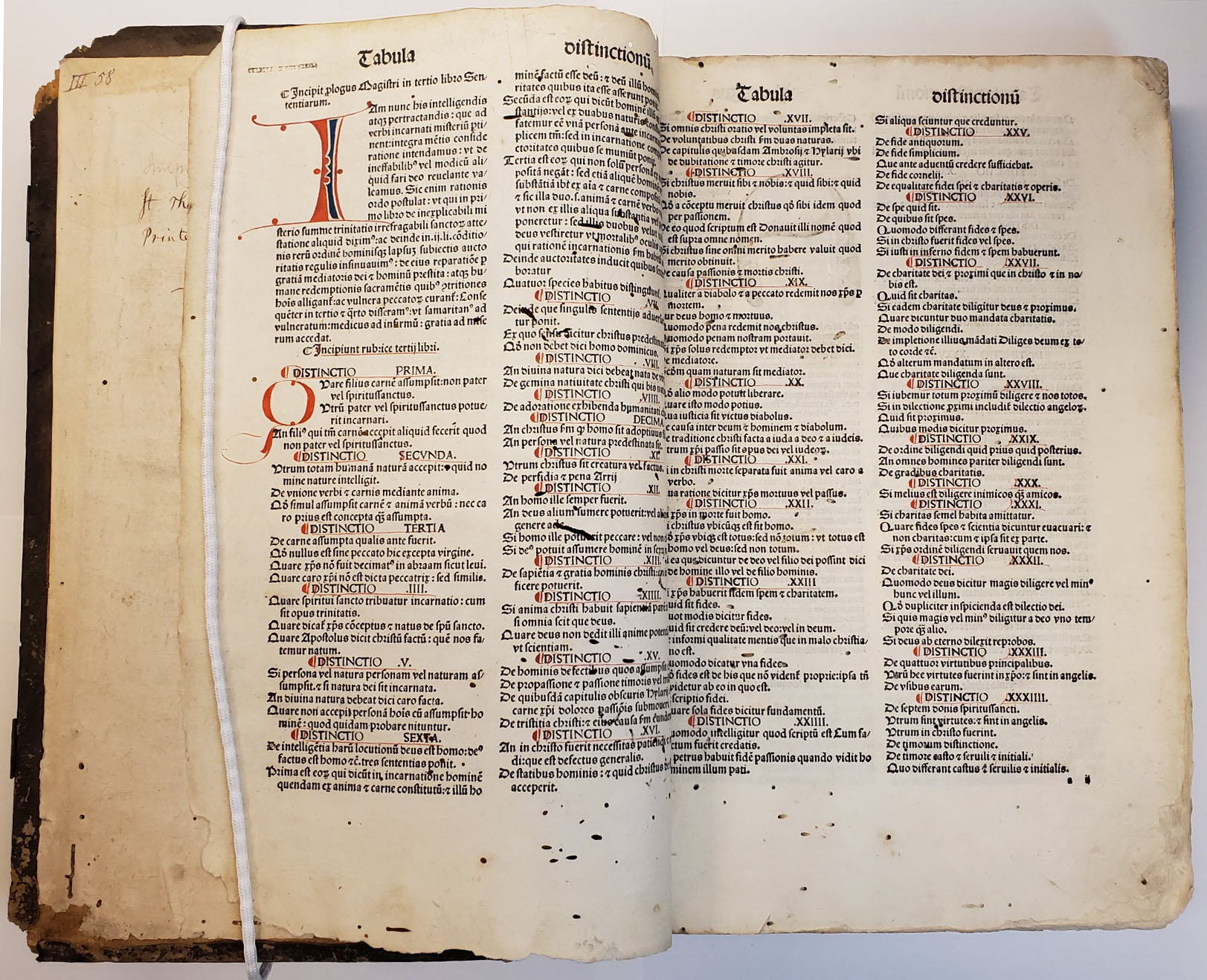 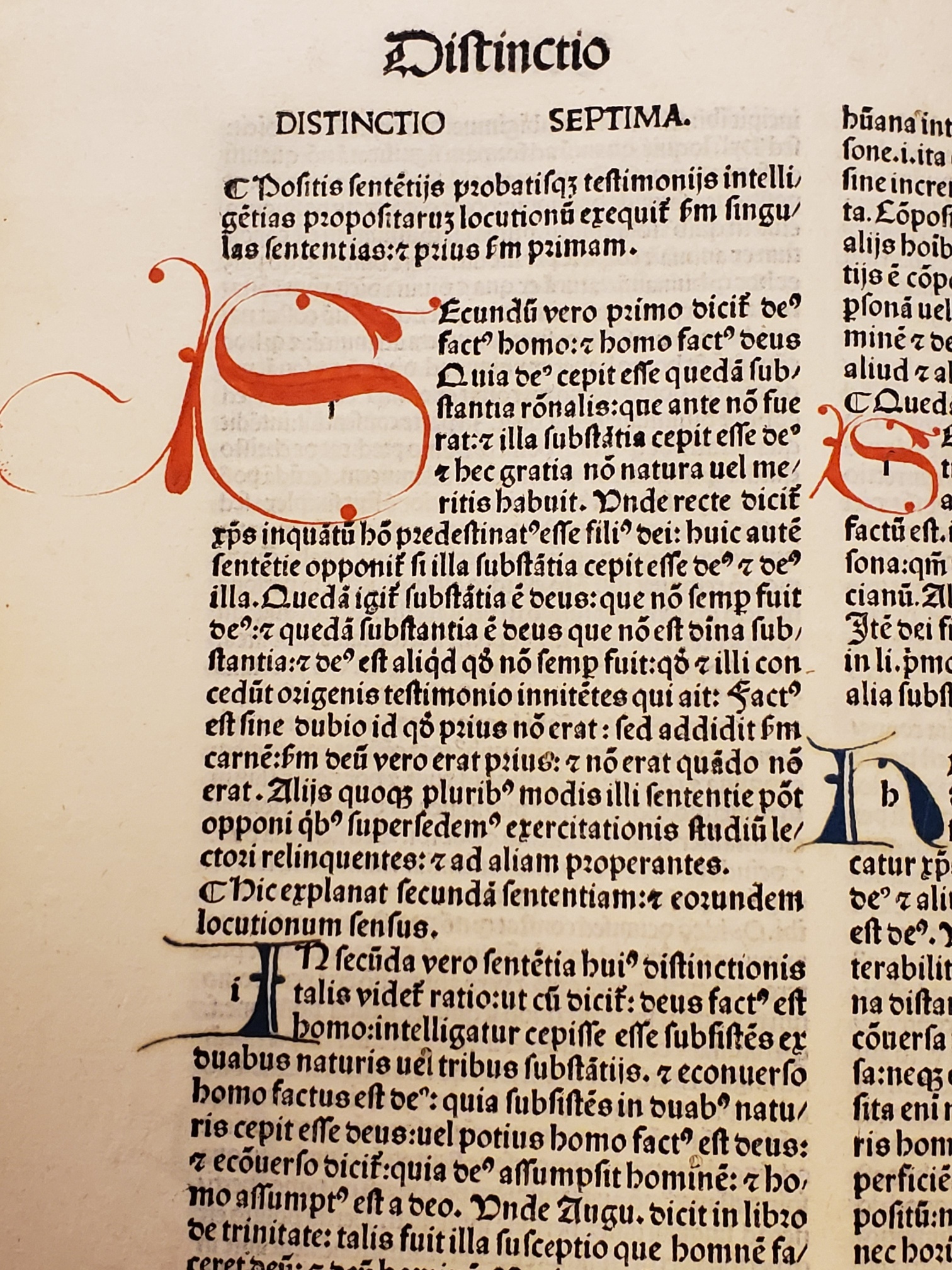 Around 1252, Saint Thomas Aquinas, an Italian philosopher and theologian, began his study for a master’s degree in theology. Aquinas taught at the University of Paris and lectured on the Bible as an apprentice professor and bachelor of the “Sentences.”[1] Aquinas’s “Commentary of the Four Books of Sentences (Scriptum super IV libros Sententiarum),” contains original thought of Saint Thomas as he departs at times from the text he is commenting on to explore other facets of the teaching set forth by Peter Lombard.[2] 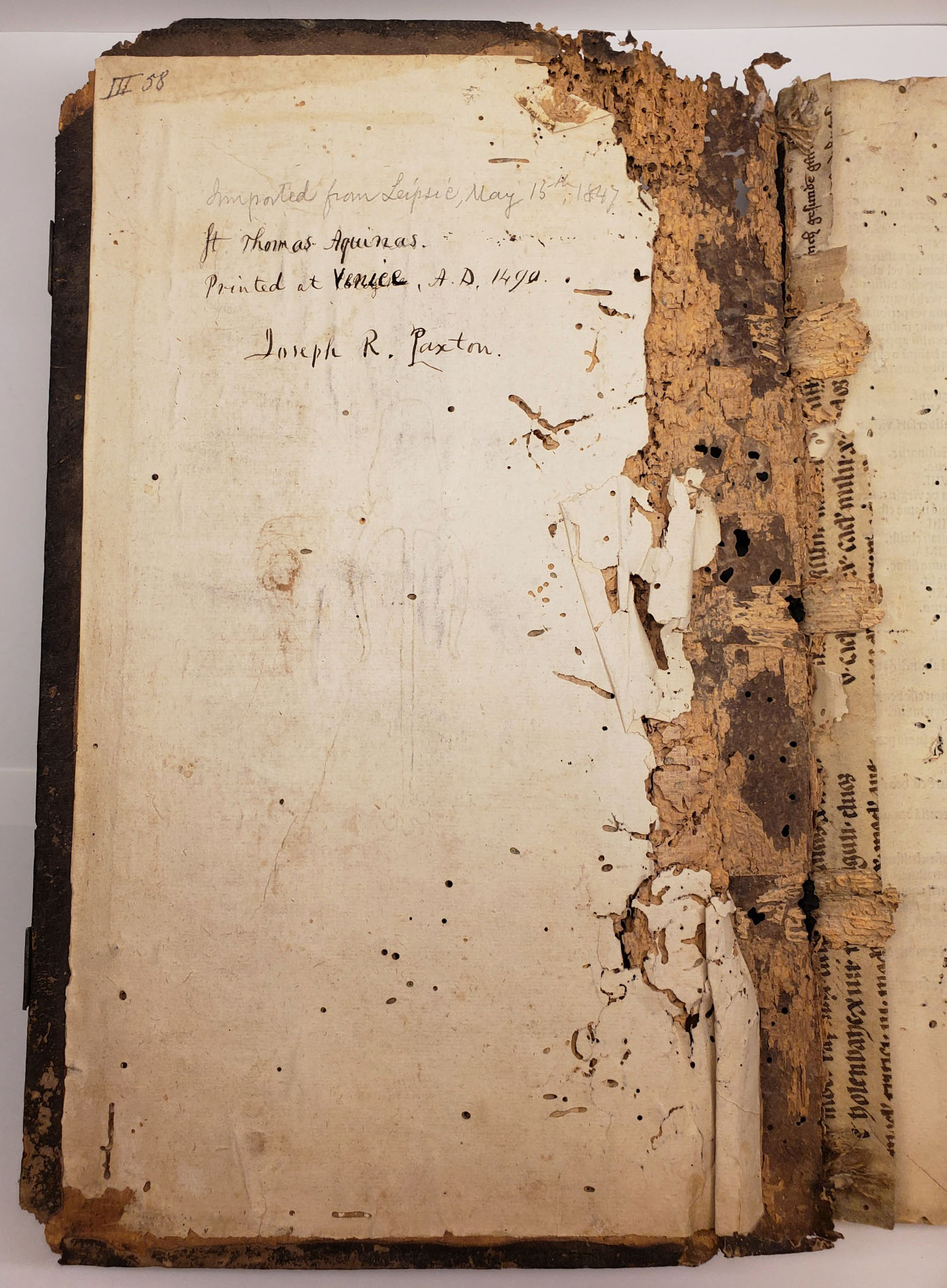 The Indiana State Library is fortunate to have a copy of the “Commentary of the Four Books of Sentences” in its possession. The incunabula, with vellum bound in as inner back strip, was printed by Hermann Lichtenstein on April 26, 1490 in Venice, Italy. It includes 150 pages with hand drawn gothic style capitals penned in a red and blue color. A notation within the front inner cover reads: “Imported from Leipsic, May 15, 1847. St. Thomas Aquinas. Printed at Venice, A.D. 1490. Joseph R. Paxton.” 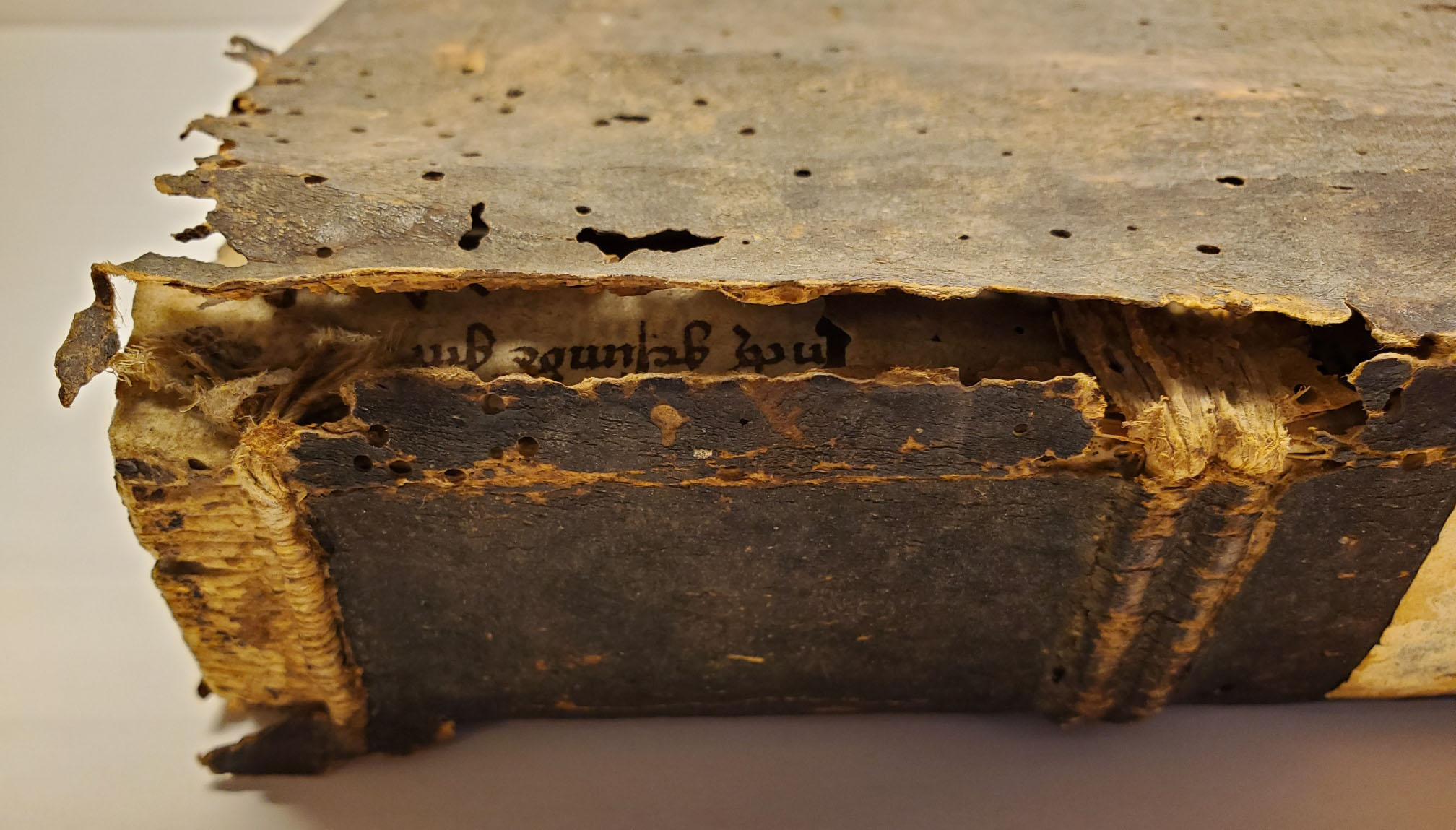 This 529 year old incunabula has been visited by bookworms and contains extensive termite damage to the front cover. Despite its appearance, it’s a wonderful example of book construction and artistic expression from the early years of printing.