The Indiana State Library was thrilled that the annual Difference Is You conference was finally able to be held in-person. The theme “Refresh and Recharge” was chosen for the 2022 conference because we wanted to focus on wellness topics to complement the library topics.

David Seckman, director of the Jeffersonville Township Public Library, appeared as our keynote speaker. David shared his philosophy regarding public libraries and work. The following is a description of his keynote speech:

Three Wishes for You
David has three simple, but important, wishes for you based on his years of study in positive and organizational psychology and his experience leading libraries. Have you ever wondered why some teams are highly productive, creative and innovative while other teams with similar levels of talent and experience seem to be stuck in neutral?

He answered those questions when he talked about how practicing “kind communication” can help determine the success of your interactions with co-workers and customers alike. Discover the most important ingredient to improving team dynamics, according to a large research project sponsored by Google. Gain an understanding about the three types of collaborative styles at work and which one is the most beneficial to organizational and personal success. 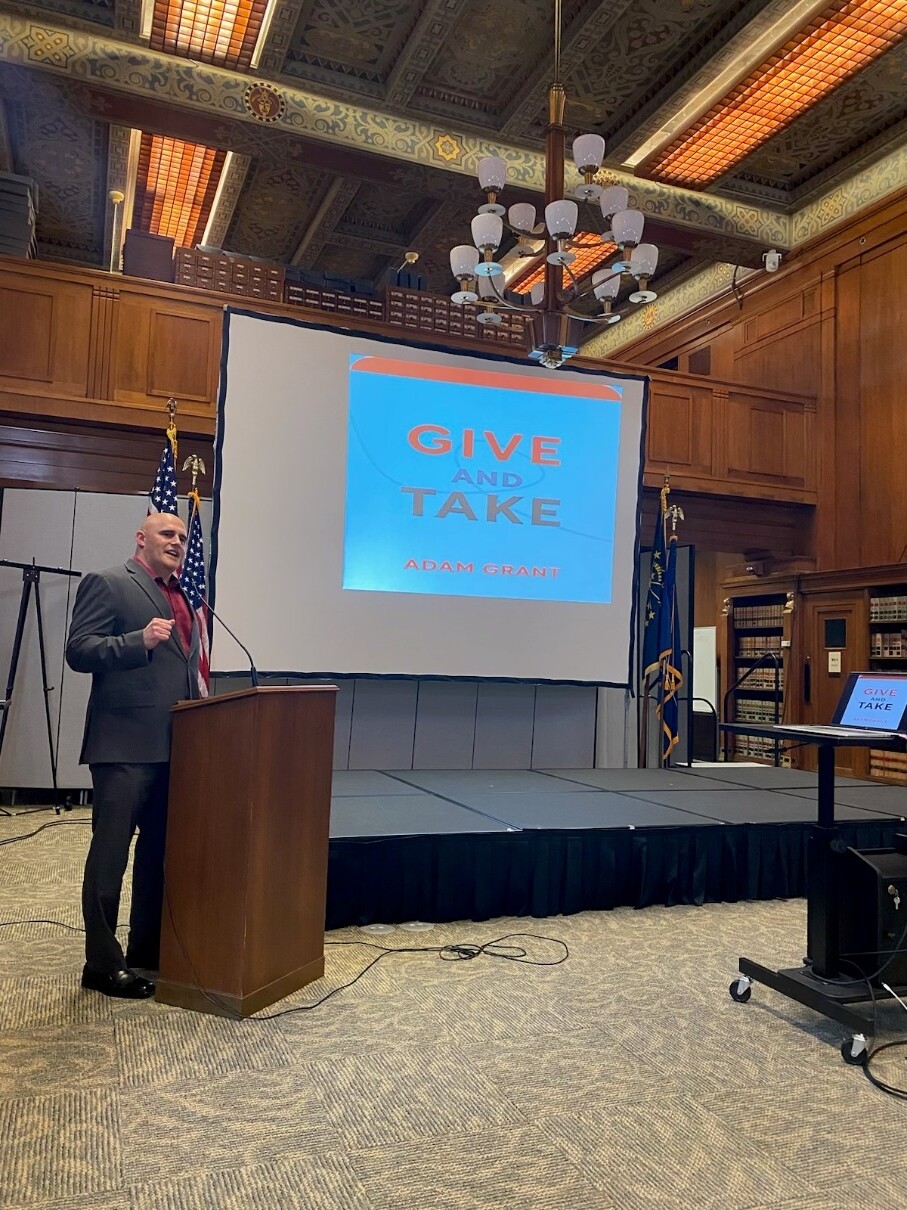 After the keynote, Jacob Speer, State Librarian, revealed the winner of the Difference is You Award as Maureen Haub, cataloger and clerk, at the Milford Public Library. The people that nominated her were excited when they were notified. He also reported the names of all those who were nominated for the DIY Award and asked them to stand for recognition.

The rest of the day was spent learning about various databases or resources that libraries use. Wellness topics included yoga, mindfulness and a session from two representatives of NAMI Indiana that spoke about mental illness. Of course, we had to make sure we had a genealogy session to round out the offerings so Angela Porter, genealogy librarian at the Indiana State Library, presented free internet resources that patrons and librarians can use in their genealogy research. 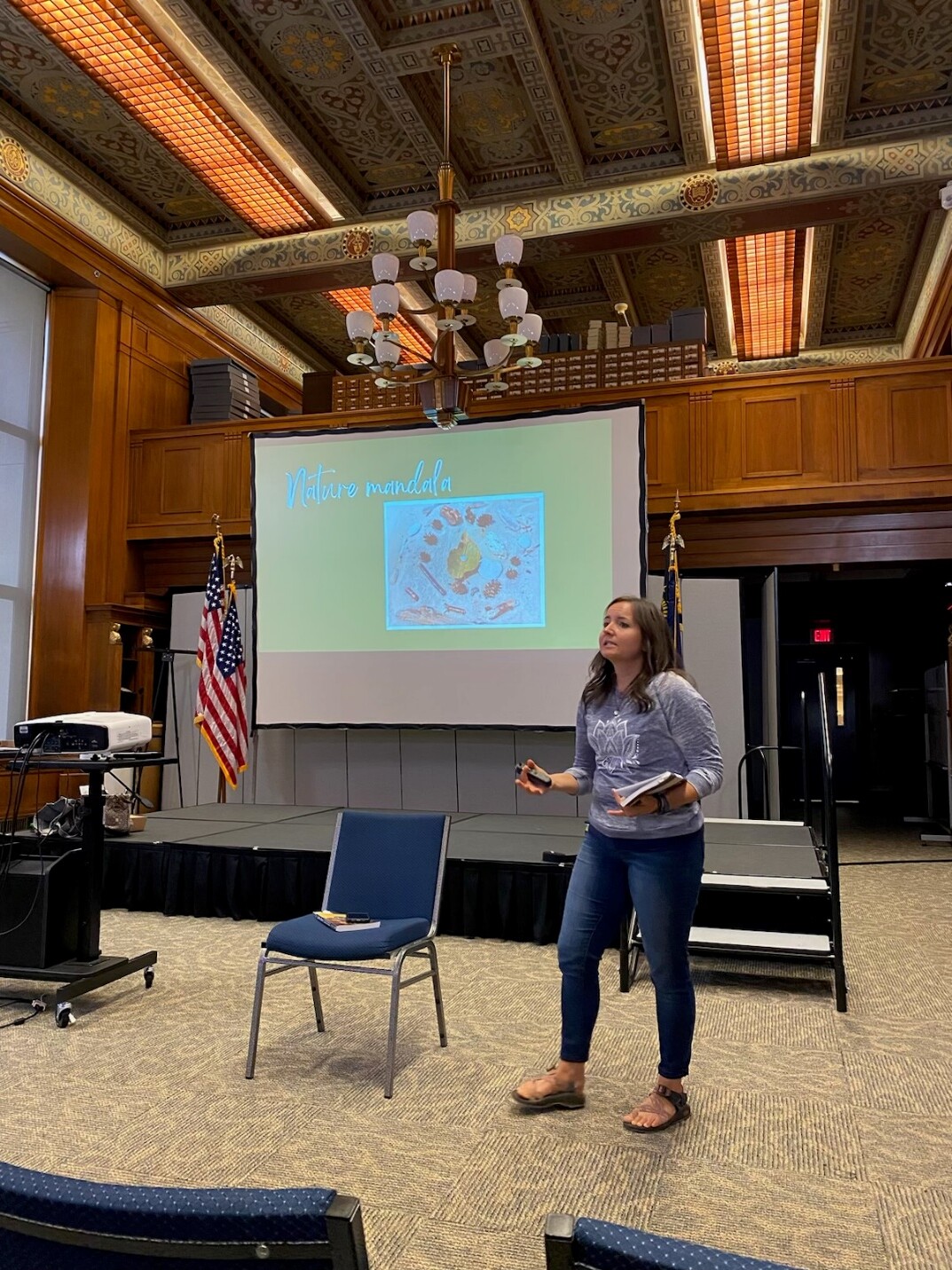 There were many comments made afterwards about how nice it was to be back in-person and one person relayed that it was “one of the best conferences she had been to in 26 years.”