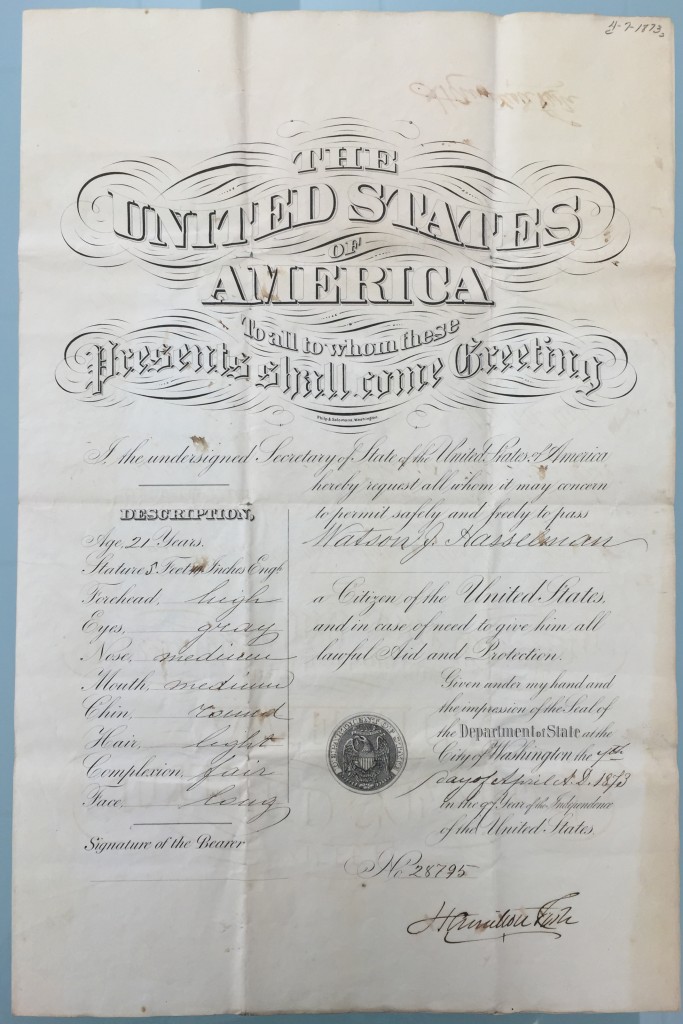 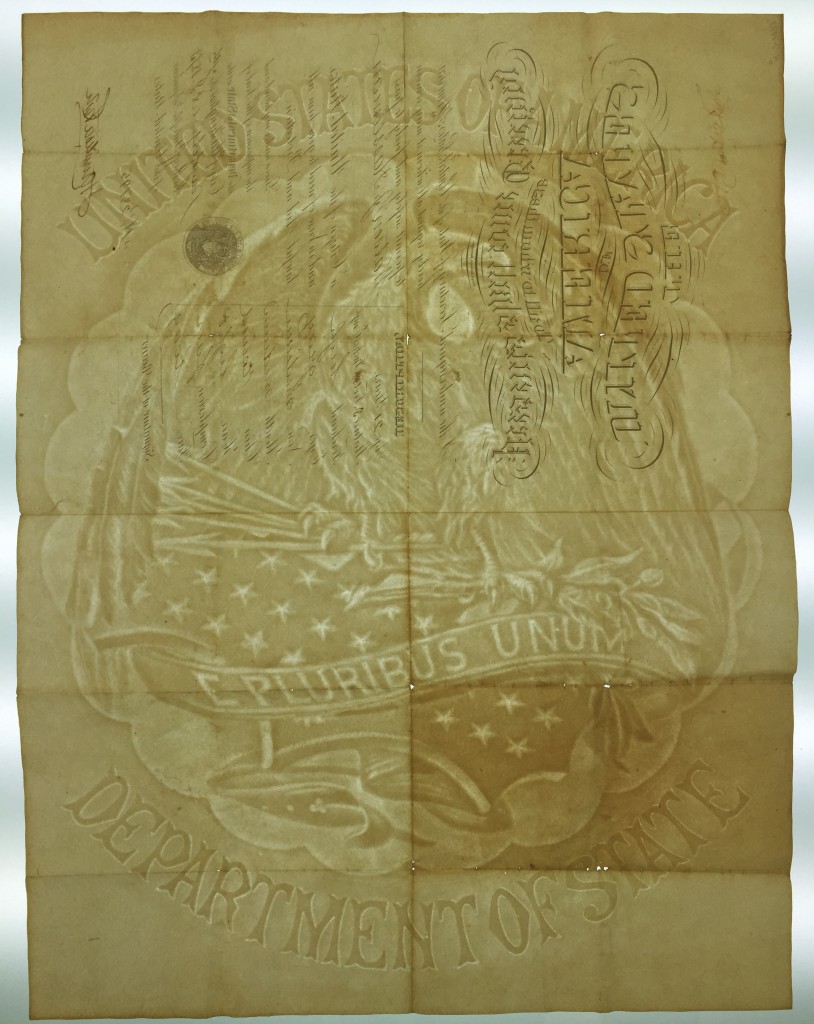 Pictured is an example of an early U.S. passport, found in the Hasselman-Blood family papers (MSS L385). The first United States passports were issued during the American Revolution. Early American passports were modeled after the French passports at the time and looked much like this example from 1873. This style was used from 1789 until 1900. This passport is slightly larger than 11 x 17 inches. On the left side, it gives a physical description of the bearer including age, height, and facial features. There is a passport number, but no explicit expiration date given. This particular passport was issued to Watson J. Hasselman of Indianapolis. This passport also boasts a large State Department watermark.

Although the State Department issued passports beginning in 1789, states and cities were also able to issue passports to citizens until 1856. Passports not issued by the State Department, however, were not often recognized by other nations. During this period, the United States did not require a passport to enter or exit the country, but that changed at the start of U.S. involvement in World War II. Passports were not standardized until after World War I. The booklet layout that people recognize today was introduced in 1926.