Regina Anderson Andrews was a librarian, author, playwright and the executive director of the Harlem Experimental Theatre.

Andrews was born on Tuesday, May 21, 1901 in Hyde Park, Illinois to Margaret Simons Anderson and William Grant Anderson. She was a 1919 graduate of Hyde Park High School, the alma mater of famous airplane pilot, Amelia Earhart. 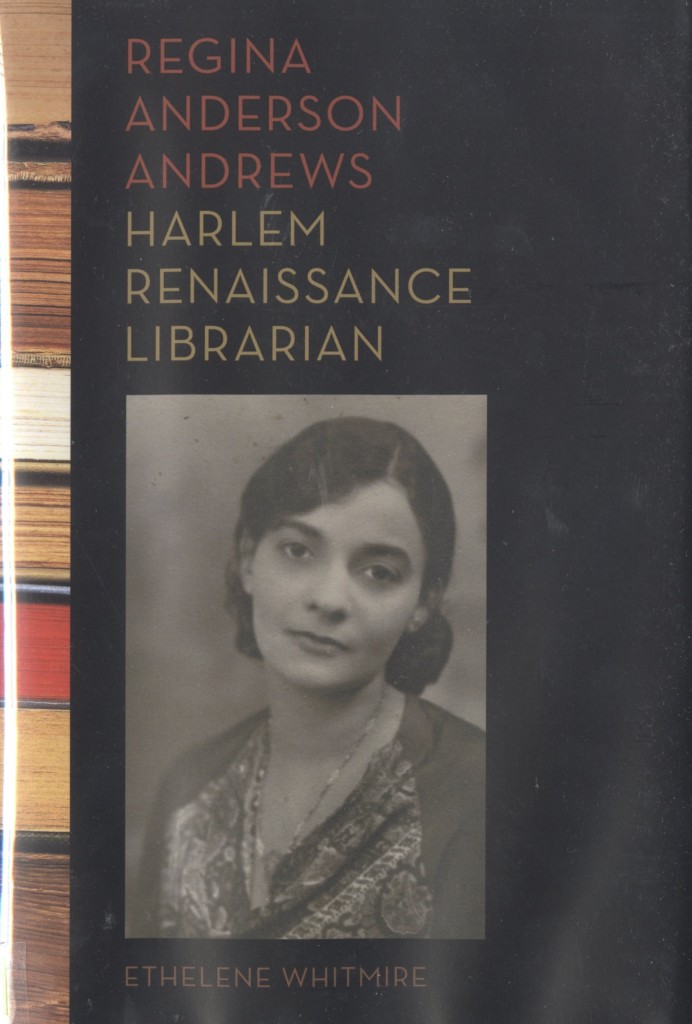 After graduating high school, Andrews attended Wilberforce University a historically black university in Wilberforce, Ohio. While at Wilberforce, Andrews worked at the university’s Carnegie Library as a library assistant. In 1921, Andrews moved to Chicago where she worked as a junior assistant at the Chicago Public Library. Two years later, Andrews moved to New York City and was hired as a clerk at the New York Public Library’s 135th St. Branch, now known as the Schomburg Center for Research in Black Culture. In 1926, she enrolled in the Columbia University Library School. That same year, she married William T. Andrews, a graduate of Howard University and a lawyer for the NAACP.

Regina Anderson Andrews continued her work at the New York Public Library until her retirement in 1966. She died on Friday, Feb. 5, 1993 at the age of 91 in Ossining, New York.

The Indiana State Library is fortunate to have in its collection “Regina Anderson Andrews: Harlem Renaissance Librarian”, a biography on Andrews written by Dr. Ethelene Whitmire, a professor at the iSchool of the University of Wisconsin-Madison.

In addition to her book, Dr. Whitmire has a brief YouTube video about Andrews, “Harlem Renaissance Librarian: The Life of Regina Andrews.”