Among the many special collections housed at the Indiana State Library is the Holliday Collection, named for its donor and prominent Indianapolis citizen, John H. Holliday.  Born in 1846, Holliday was raised and educated in Indiana and eventually founded the Indianapolis News, one of the city’s largest newspapers at the time. He briefly served with the 137th Regiment, Indiana Volunteer Infantry during the Civil War. He died in 1921 and afterward his estate donated numerous books, letters and other materials to the Indiana State Library.

The donated collection contains hundreds of pamphlets covering issues of both local and national interest. These pamphlets were loosely grouped together by topic and bound into large and unwieldy books. Recently, State Library’s Preservation Department has been hard at work painstakingly removing them from their old bindings and fixing any damage. Afterward, they are sent to the Catalog Division to ensure that they can be searched via the online catalog. 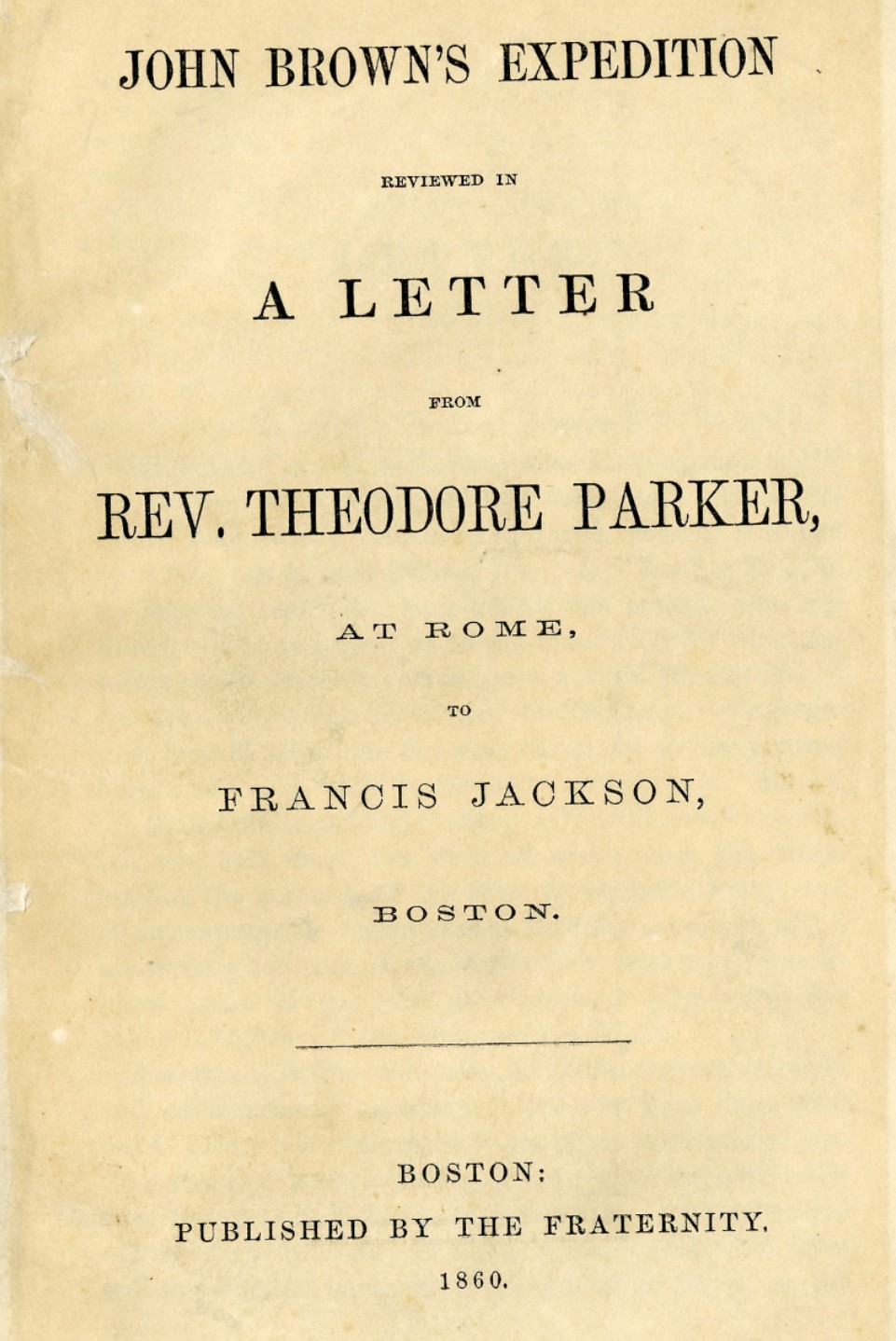 One of the earliest pamphlets in the collection is this tract by abolitionist Theodore Parker in which he defends John Brown’s attempt in 1859 to initiate an armed slave revolt after conducting a raid on the United States arsenal at Harper’s Ferry, Virginia. 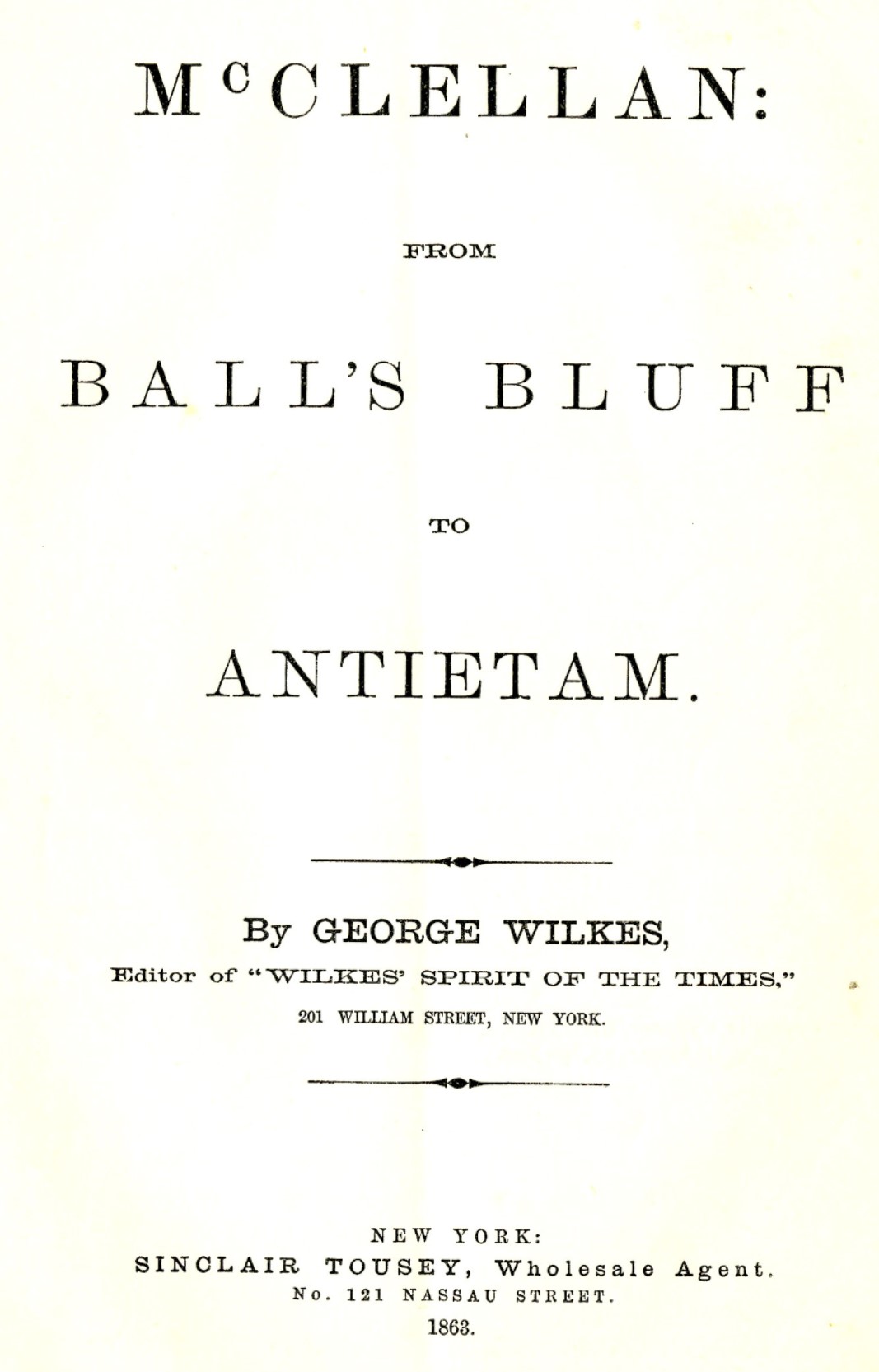 This pamphlet is a compilation of vignettes critical of the military actions of U.S. Army General George McClellan. It was written by George Wilkes, a war correspondent who was present at many battles and whose public criticism of McClellan contributed to the latter being removed from command in 1862 after the Battle of Antietam. 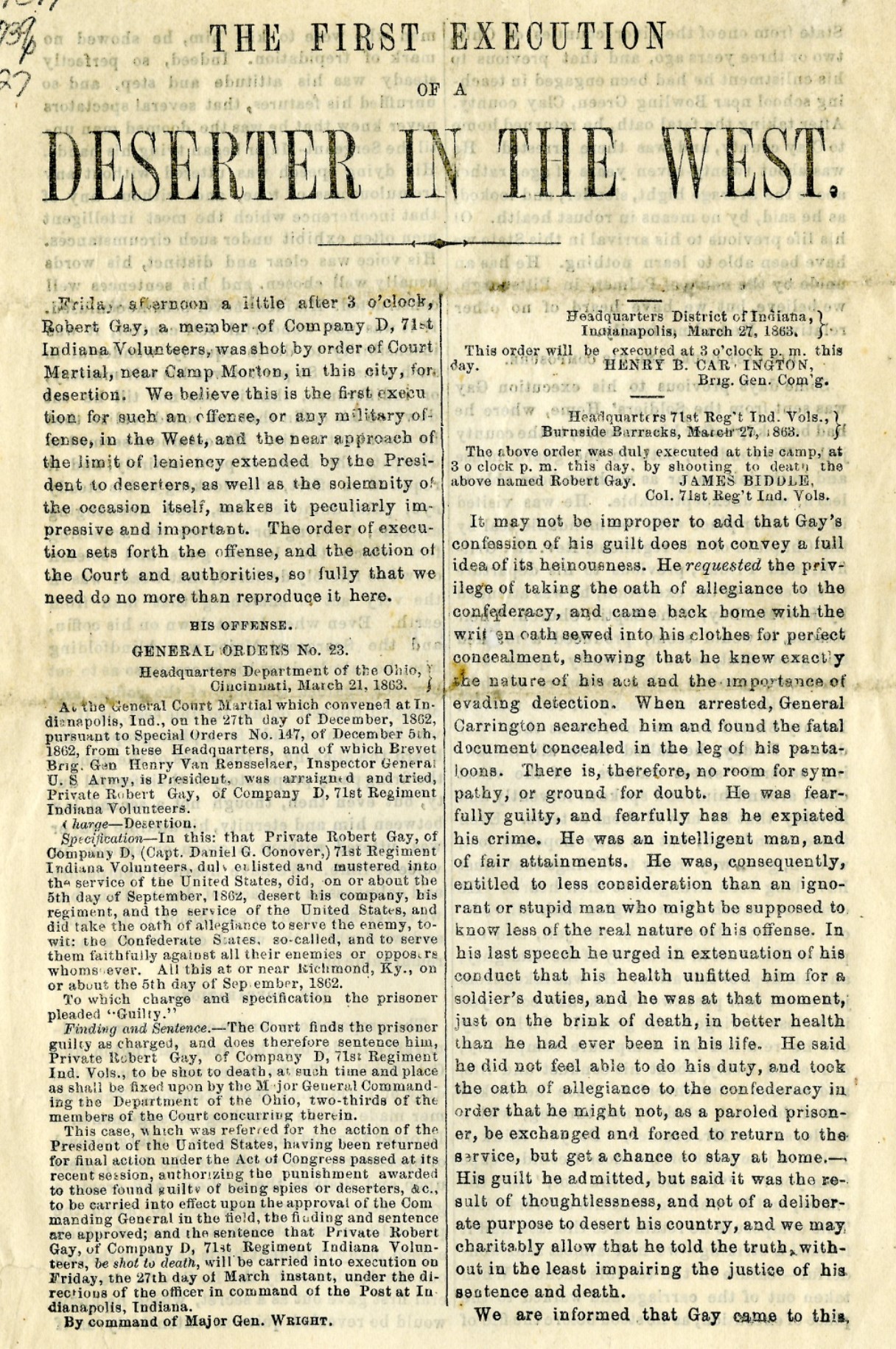 This leaflet describes the execution of Robert Gay, believed to be the first instance of an execution of a U.S. army soldier on the grounds of desertion. Gay, a member of the 71st Indiana Volunteers, was found guilty of defecting to the Confederacy and was executed March 27, 1863 at Camp Morton, located in Indianapolis.