Isamu and his mother moved to Japan in 1907 where he spent most of his childhood. In 1918, Gilmour sent her son thousands of miles away to be educated, landing him in Indiana at the Interlaken School. He would later reminisce that “When I was 13 years old, my mother decided that I must go to America to continue my education. She had selected a school in Indiana that she had read about in, I think, the National Geographic. I am sure that she must also have been concerned about the unfortunate situation of children of mixed blood growing up in the Japan of those days – half in and half out. She decided that I had better become completely American, and took me to the American consul, who performed a ritual, mumbling over a Bible, which I believe was my renunciation of Japanese citizenship.”

The Interlaken School was a progressive boys’ school located near La Porte, Indiana. Founded by Edward Rumely, an Indiana native who had received an extensive education in Europe throughout the early 20th century, the school was influenced by Europe’s “New School Movement” which immersed students in a balance of both intellectual and practical life skills training. In addition to a regular academic curriculum, the boys at Interlaken were expected to do the actual work of helping to run the school, often working alongside their instructors at tasks such as farming, gardening and cleaning. Physical exertion and being outdoors were also important components of the school’s ethos. 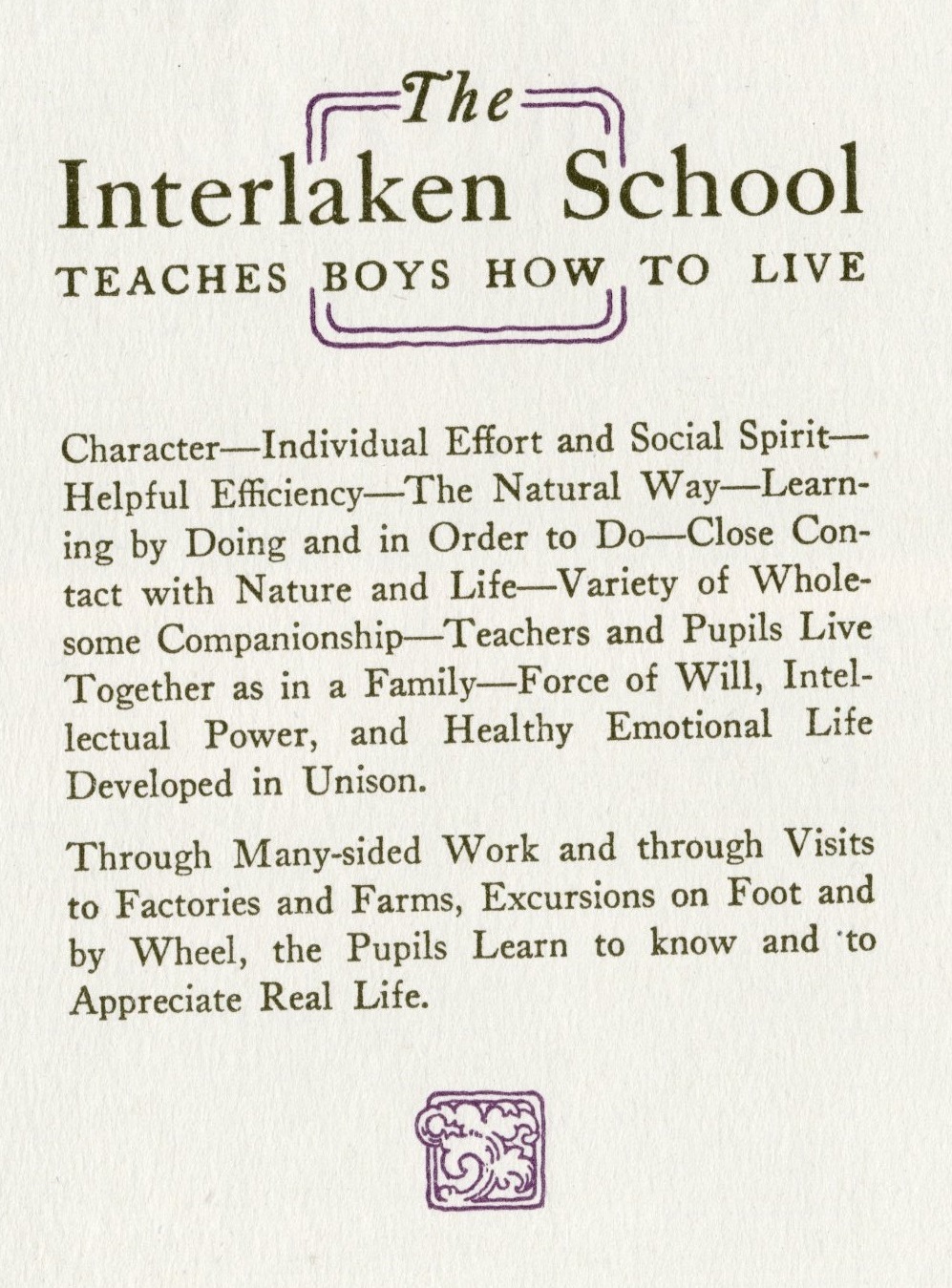 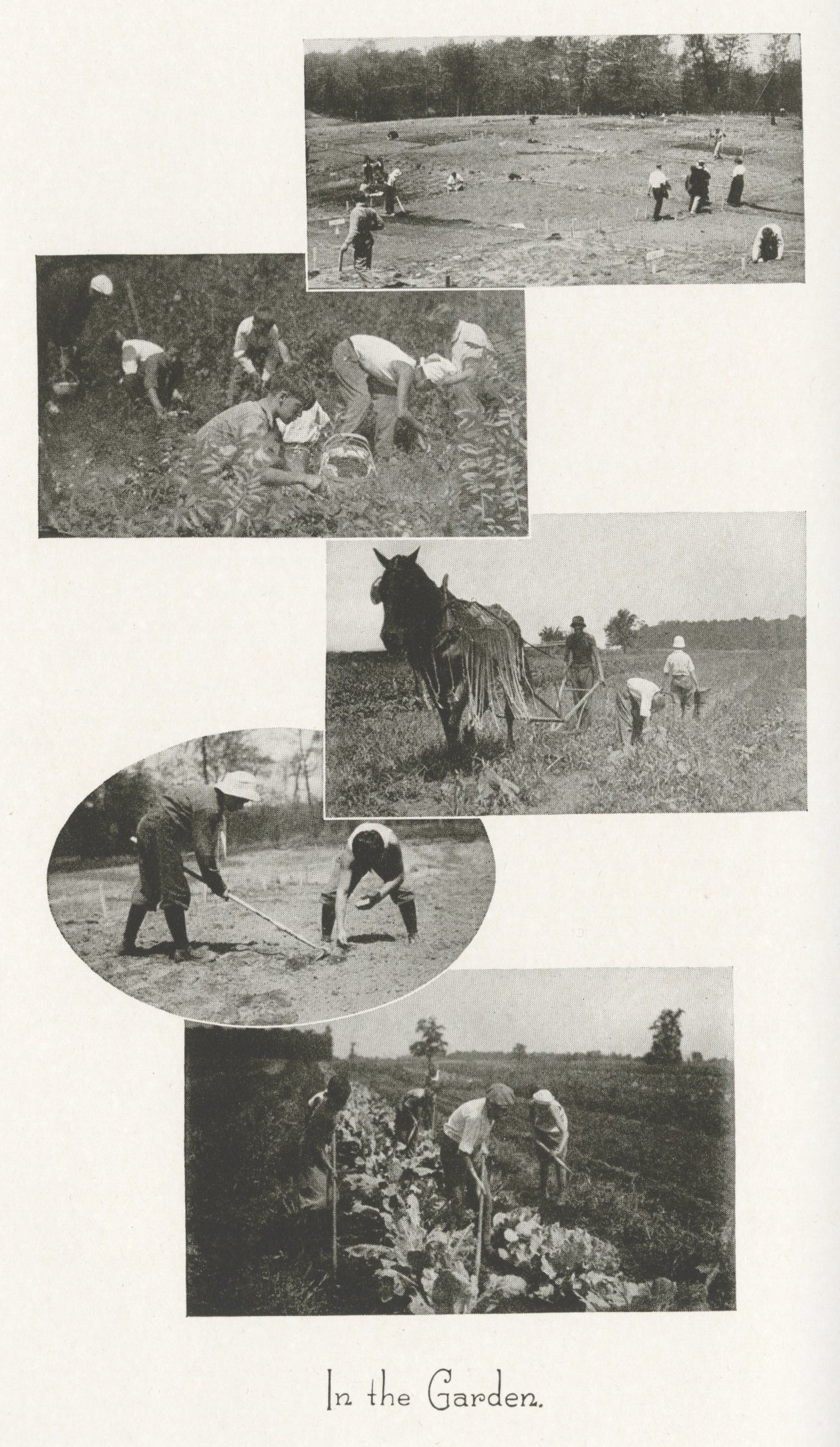 From an informational booklet dated 1915 located in the Indiana Pamphlet Collection. Call number: ISLO 373 no. 2.

By the time Isamu arrived in Indiana, however, the United States was embroiled in World War I and the school largely had been given over to the military for use as a training camp. According to Isamu, “…while all the other children went home, I was left alone to watch soldiers, trucks, mess halls and barracks take over the grounds. I became a sort of mascot. Then there was the Armistice. Winter came, and I had no place to go, since my mother could not afford to send me elsewhere. Nobody seemed to be in charge of me.”

Eventually, Rumely took Isamu under his wing and set him up with a family in La Porte, where he attended the local public school until his graduation in 1922.

Isamu went on to have an impressive career in the arts. Primarily a sculptor and landscape architect, he is probably best known for a piece of furniture he designed in 1947 which is considered a staple of mid-century modernist design and which bears his name: The Noguchi table. 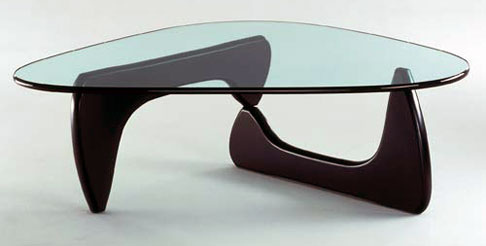 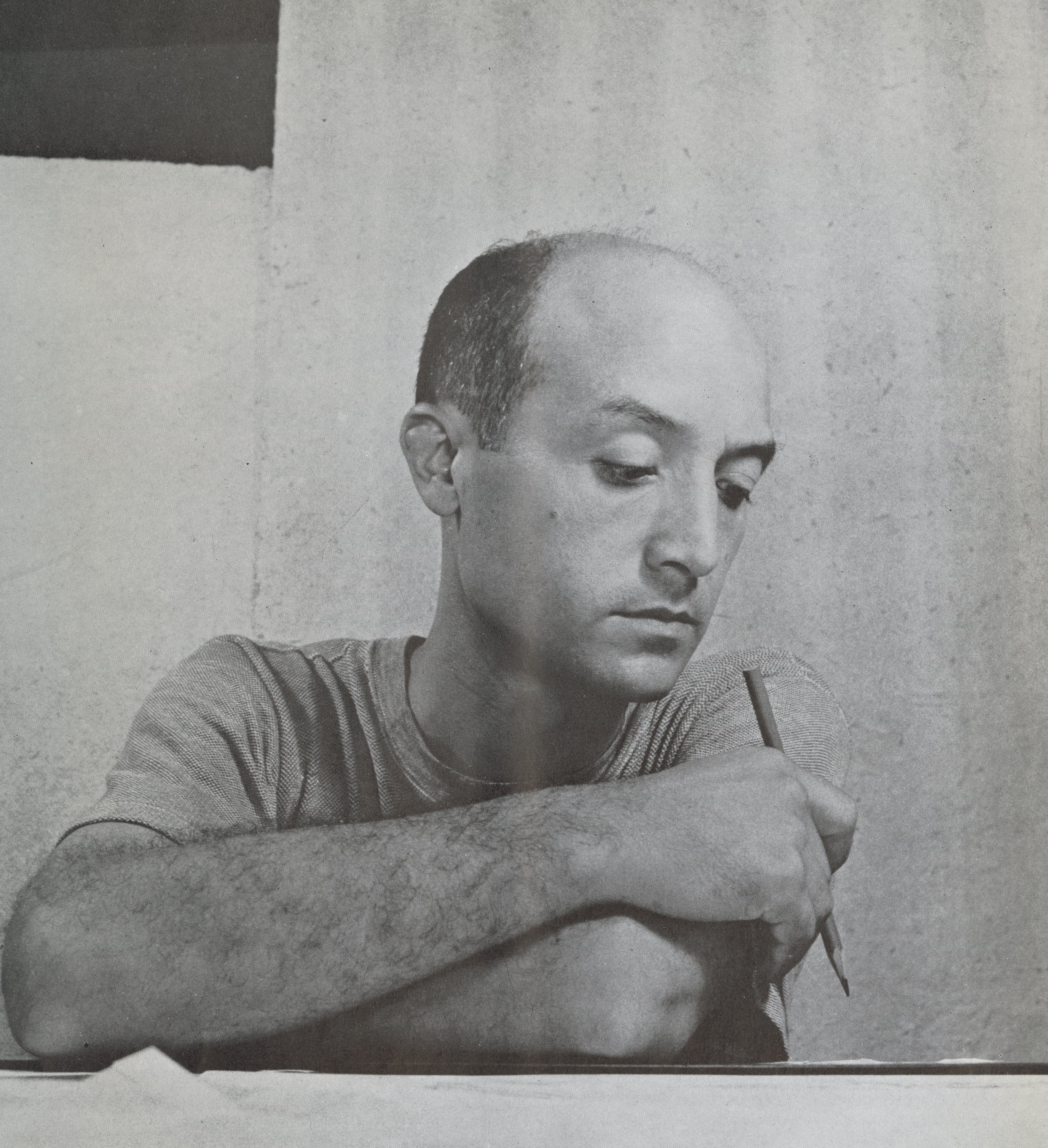 Direct quotations from Noguchi used in this blog are from his book “a sculptor’s world” published by Harper & Row in 1968 and available at the Indiana State Library; call number: ISLM NB237.N6 F8 1698.

Inspiration for this blog post is courtesy of the 99% Invisible podcast which recently featured an episode on Noguchi’s life titled “Play Mountain” and which briefly mentioned his time in Indiana. The podcast is available here.