With Thanksgiving fast approaching, now is a good time to remember that some people struggle to obtain adequate food on a day-to-day basis. Throughout its history, Indiana has approached this persistent social problem with a combination of both government and private-sponsored solutions.

An early example of government-funded food assistance is demonstrated in these food coupons, issued by the State of Indiana in 1934 during the Great Depression with monetary backing from the federal government. Indigent Hoosiers who qualified could take such coupons to their local store in exchange for the food item listed. In the specimens below, the coupons were used at stores in the communities of Modoc and Carlos, both located in Randolph County. This coupon system was a precursor to the federal Food Stamp Program which began a few years later in 1939 and has lasted in various forms since then. It currently exists as the Supplemental Nutrition Assistance Program, also known as SNAP. 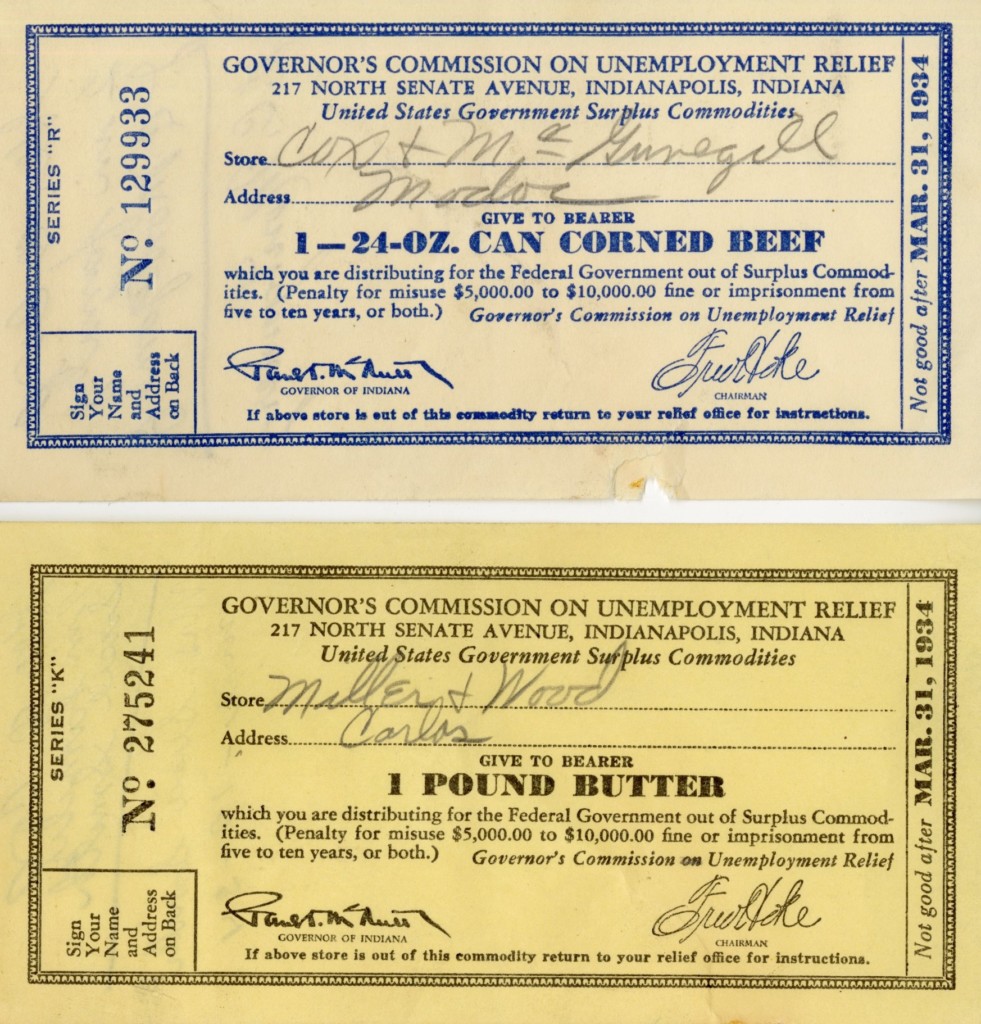 Private organizations have also played an integral role in feeding this state’s hungry. The Indianapolis Community Fund was founded in the 1920s under the name The Community Chest. Its goal was to raise money which would then be distributed to various private agencies involved in social work. This included agencies that provided food assistance. As with the Food Stamp Program, the Indianapolis Community Fund lasted through several iterations and is now the United Way of Central Indiana. 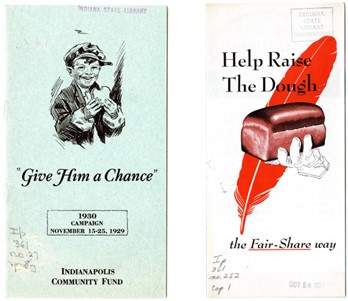 An example of a private charity which received financial support from the Community Fund – and one which still operates to this day – is The Wheeler Mission of Indianapolis. Founded in 1893 by a hardware salesman, the Mission has been in continuous operation since then, providing meals, shelter and other essential resources to the city’s most vulnerable people. 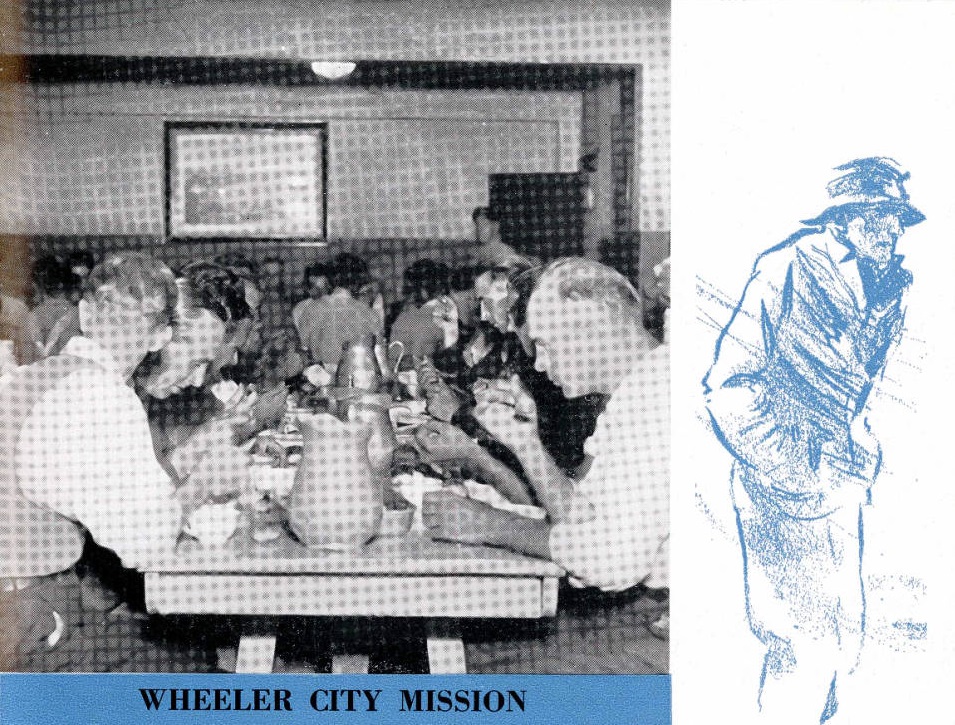 As with many aspects of civic life, government and private organizations often work together to provide necessary services. This directory from 1976, issued by the Indiana Commission on the Aging and Aged, lists locations throughout the state where senior citizens could obtain a nutritious meal. Many of the entries are for privately-run charitable organizations. 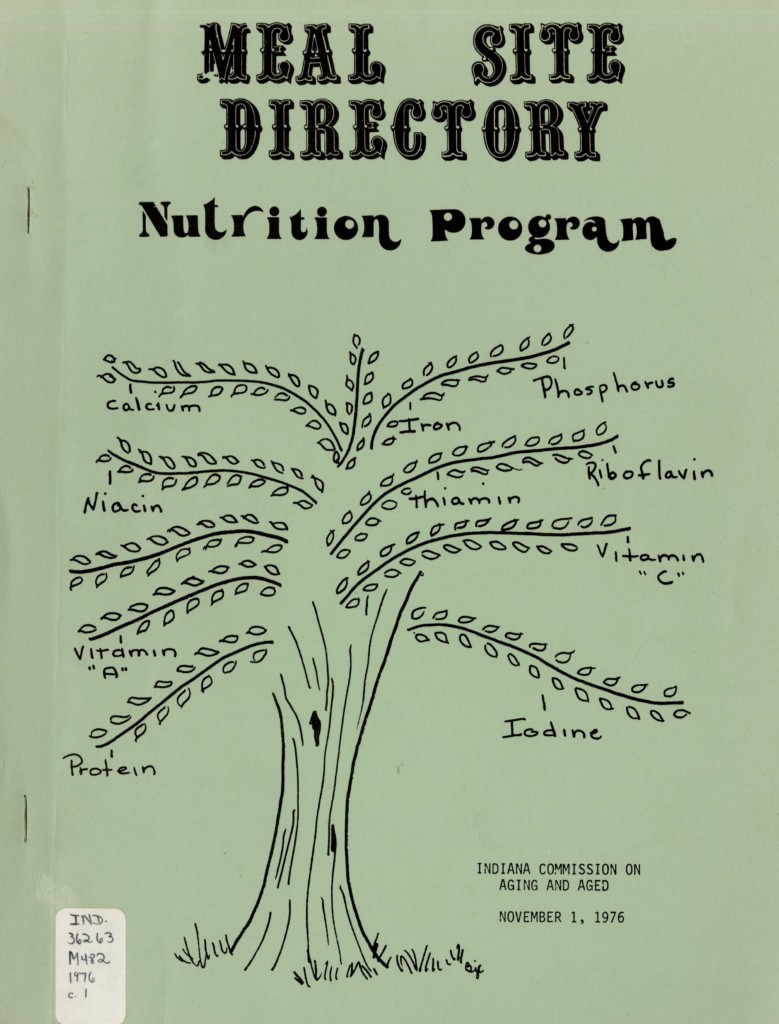 Finally, food banks also are an integral part of food assistance in Indiana and collect and distribute food and other essential goods to those in need. Most operate at a local level and may be administered through a church or other religious institution. Many need particular assistance stocking their shelves at the end of the year. The 1999 newsletter below highlights the Share Your Feast Food Drive held by Gleaners Food Bank as a special campaign to solicit food donations for the holidays. 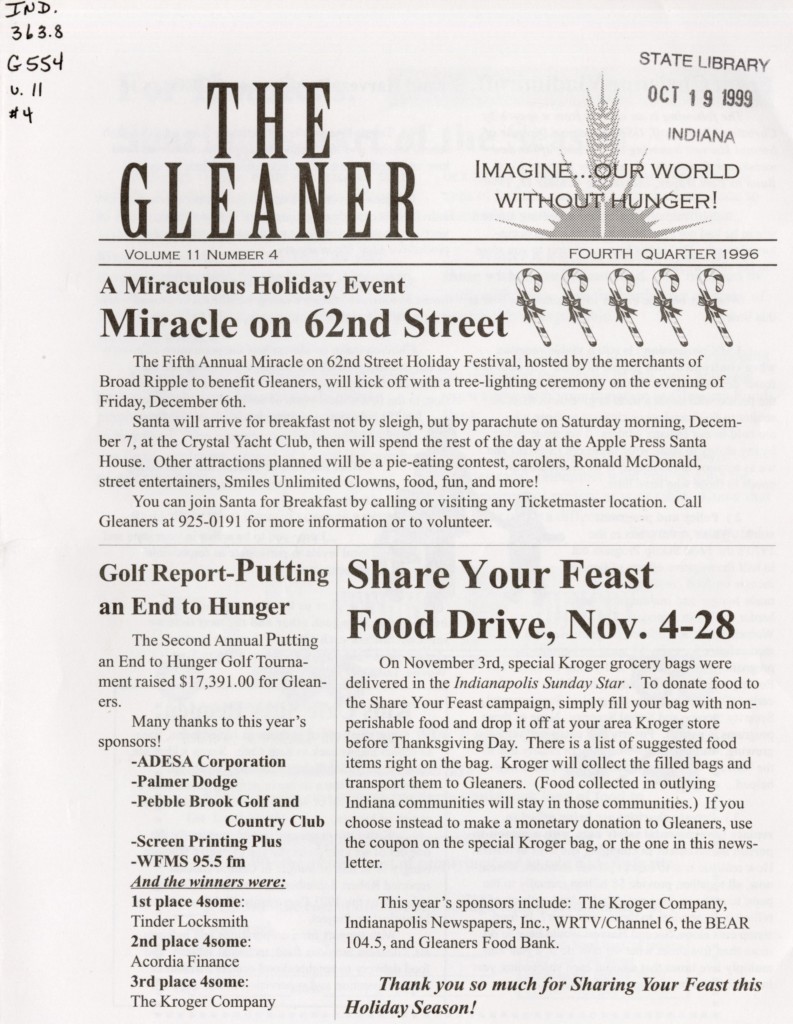 More information on current food assistance programs – including a directory of food banks – can be found at the Indiana State Department of Health’s website.

For more information on the history of charitable organizations in Indianapolis, visit the Indiana State Library’s digital collection.

A brief history of charitable organizations in Indianapolis and a description of materials found in State Library’s digital collection can be found here. 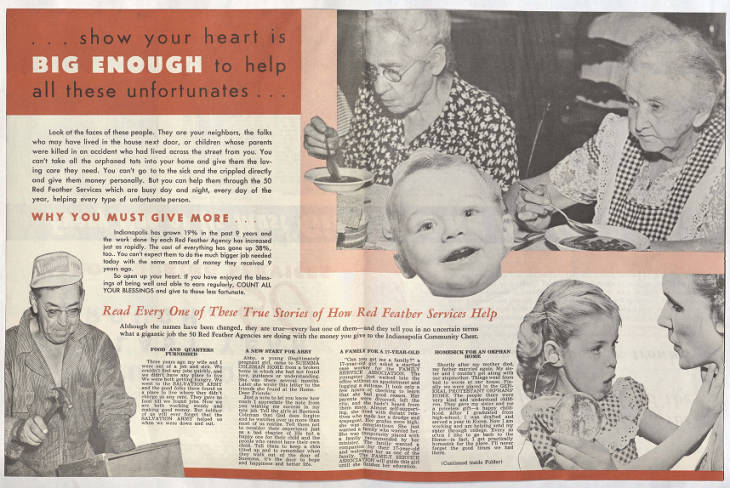 From Give More Because Everybody Benefits from the 50 Red Feather Services supported by the Community Chest (1955), Indiana Pamphlet Collection (ISLO 361 no. 222)