In March, the Indiana Talking Book and Braille Library completed the transition of its service model from sending patrons one book on one cartridge to Duplication on Demand, which sends patrons up to ten books per cartridge based on their requests and subject preferences. The same player and cartridge are used as before. Each cartridge includes a mailing card that lists its contents. Patrons should not attempt to return this card with the cartridge, but instead discard it or keep it for their records. There is an address sticker on each cartridge that ensures its return to the library. 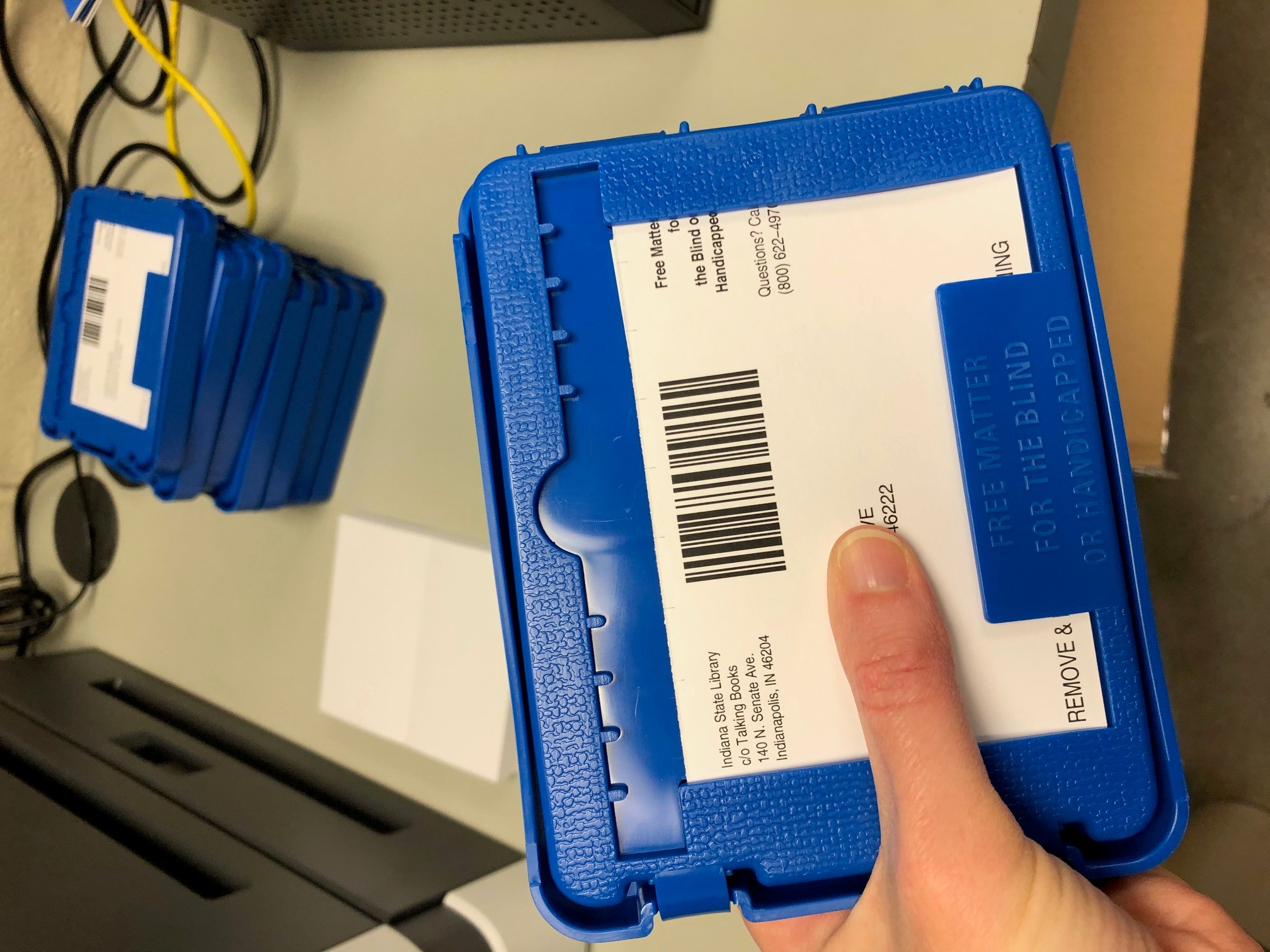 There are many benefits to this change for both staff and patrons. Staff can duplicate up to 20 cartridges at a time. The number of physical items circulating through the library has decreased, allowing mail to be processed more efficiently. Patrons now have access to newly-published books more quickly, and there are no wait lists for popular titles. Cartridges can be easily customized for patrons wanting a series of books, or several books by the same author. Thousands of older titles that previously had to be ordered from offsite are now available immediately. All the Indiana Voices titles are also available through Duplication on Demand. 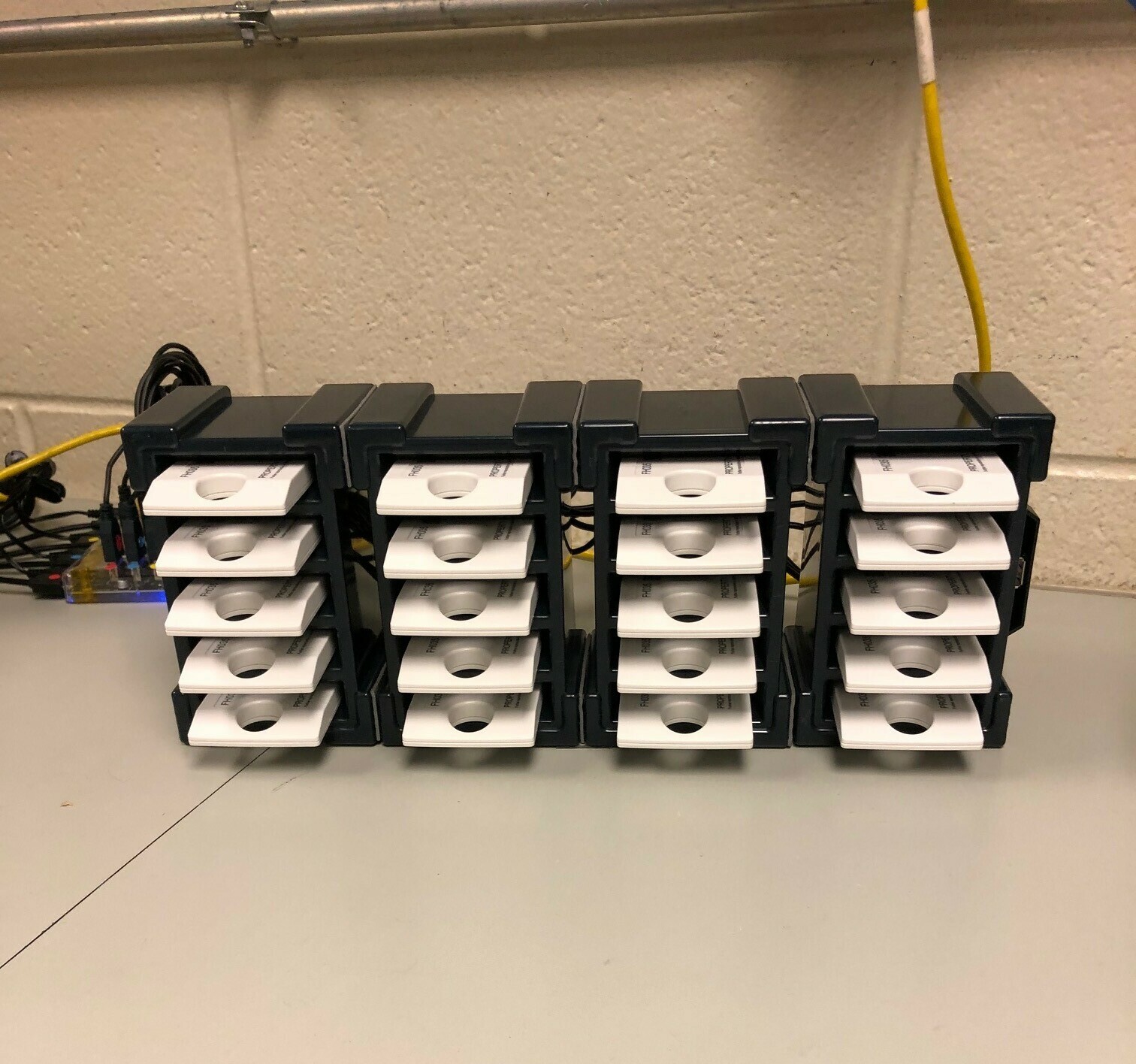 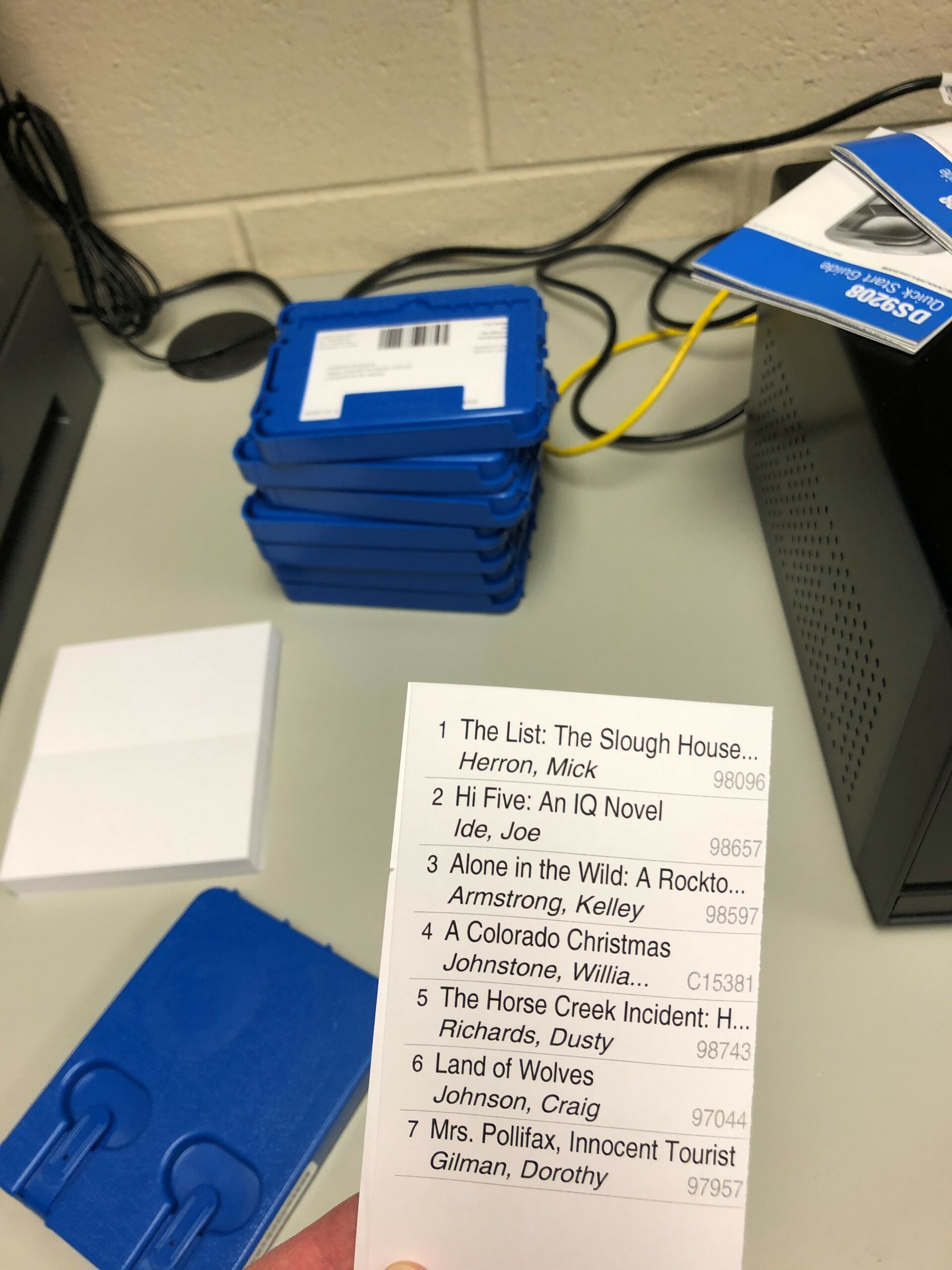 To use the sequential play feature, patrons put the cartridge in and listen to the first book as usual. At the end of the book, closing announcements will play; when they are finished a voice will say “end of book, press play/stop to go to the next book”. Patrons press the play/stop button and the next book on the cartridge will begin playing. They can repeat this step until all the books have played

To use bookshelf mode, patrons turn the player on and put the cartridge in. Next, they hold down the green “play/stop” button for ten seconds, or until the player beeps and says, “bookshelf mode.” Once in bookshelf mode, they use the fast forward and rewind buttons to scroll through the books or magazines recorded on the cartridge. After reaching the desired title, they press the green play/stop button again and it will start to play.

Any patron having any difficulties with Duplication on Demand should contact the Talking Book and Braille Library via email or at 1-800-622-4970.